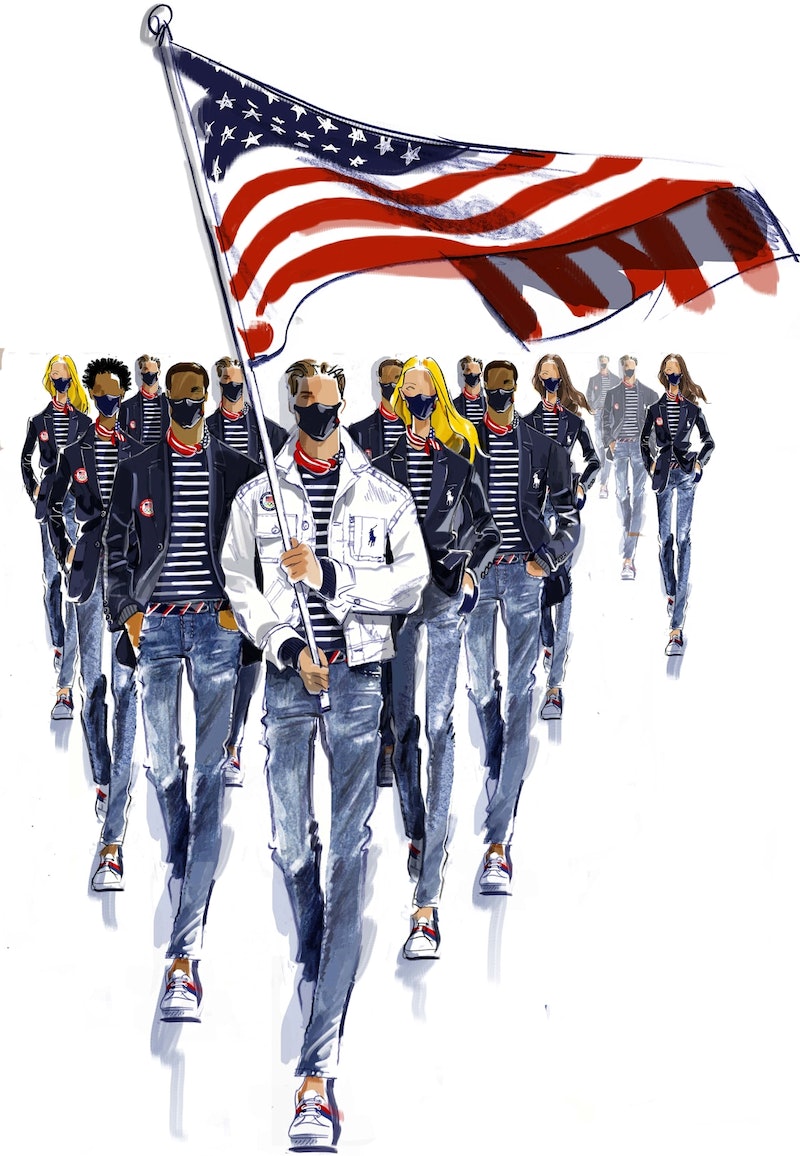 The most dazzling and spectacular performance on TV is about to happen once again — and we’re not talking about the Super Bowl Halftime Show. The 2021 Olympics Opening Ceremony will take place on Friday, July 23, kicking off two weeks of intense competitions in the worlds of gymnastics, swimming, and many more sports you may have never heard of (like trampoline and handball). The opening ceremony is befit for an event of this nature, filled with celebrity guests (remember The Queen and actor Daniel Craig’s helicopter stunt for the 2012 ceremony in London?) jaw-dropping performances, and pageantry that make every country feel patriotic at once, a truly rare occasion. But of course, the opening ceremony is going to look a lot different this year.

The Olympics are taking place a year later than scheduled due to the COVID-19 pandemic, and despite taking precautions, COVID-19 is still spreading in Japan and even within the Olympic Village. Therefore, the ceremony will be a lot smaller than usual, and not every athlete will participate. However, it will still be filled with the same pomp and circumstance because the Olympics would be nothing without the spectacle of its ceremonies. Here’s everything you need to know about the 2021 Olympics Opening Ceremony.

What Time Is The Opening Ceremony?

The Olympics Opening Ceremony will take place at 8 p.m. Tokyo time on July 23. Given how Tokyo is at least 12 hours ahead of the U.S., if you want to watch the ceremony live, you’ll need to wake up at 7 a.m. ET or 4.a.m. PT. But if you’re not a morning person, don’t sweat: you’ll be able to catch all of the action later that evening.

Where Can I Watch Or Stream The Opening Ceremony?

If you don’t have cable (or simply want to watch on your laptop in bed), the opening ceremony will also be streamed live in the early morning on NBCOlympics.com and the NBC Sports app, while the primetime broadcast will stream on the same apps at 7:30 p.m. ET/4:30 p.m. PT.

What Will Happen During The Ceremony?

Thanks to COVID-19 precautions, the opening ceremony won’t look the same this year. But rest assured, the proceedings will be just as grand as you’ve come to expect from the Olympics. The theme for this year’s ceremony is “United by Emotion,” which was created to bring "fresh hope and encouragement around the world,” according to organizers. The ceremony will feature dazzling performances and the traditional Parade of Nations, where athletes from every competing nation will march to represent their country. However, performers have not been confirmed.

For the 2012 Olympics Opening Ceremony, Queen Elizabeth II and James Bond actor Daniel Craig helped kick off the festivities with a wild helicopter stunt that hyped up the audience.

Countries will also be marching in a slightly different order this year. Countries will march in alphabetical order using their Japanese-language name rather than in English, which is a change from past Olympics held in Japan. This will not affect Greece, who traditionally marches first in the ceremony. A new rule also orders that future Olympic host countries march at the end of the parade, right before that year’s country. This means that the U.S. will be the third-to-last country to march, as the 2028 Olympics will be held in Los Angeles. 2024 host France will march next, before Japan concludes the Parade of Nations as the current host of the Olympics.

Will Every Athlete Walk In The Parade Of Nations Like Usual?

In a typical year, every athlete competing in the Olympics would participate in the opening ceremony, no matter which country they come from. But of course, this isn’t a typical year. While the Olympics has not officially confirmed who will participate in the ceremony, it is known that not every athlete will walk in the opening ceremony.

In the above video from the 2016 Rio Olympics Opening Ceremony, you can see how big Team USA’s delegation was. It will be much smaller this year. For example, Olympic Committee President John Coates said that 51 Australian athletes will walk in the ceremony, which is only about 10% of the country’s Olympic delegation of 472 athletes. If that’s an indicator for the rest of the world, then prepare for a scaled-down ceremony. According to USA Today, many athletes are not even permitted to enter Japan until after the ceremony.

Who Is Representing Team USA?

Usually, every Team USA member would walk in the opening ceremony, which won’t be the case this year due to COVID-19 precautions. The U.S. Olympic Committee has not confirmed which athletes will represent Team USA in the Opening Ceremony in Tokyo just yet. However, those who do walk will be wearing Ralph Lauren, who has designed the opening ceremony uniform yet again. This time around, the athletes will be wearing a cooling jacket specifically designed to keep them cool while marching in the intense Tokyo heat.

More like this
The 'Love, Lizzo' Harry Styles Scene Is Just 1 Moment That Made Fans Feel Seen
By Brad Witter
Khloé Kardashian’s Son Was Born A Week Before Anyone Realized
By Jake Viswanath
Kim K Reveals The Advice Demi Moore & Kendall Jenner Gave Her For A Runway Show
By Jake Viswanath
Kim K Is Putting Kanye’s Memorabilia — Like Grammys & Clothes — In A Vault
By Jake Viswanath
Get Even More From Bustle — Sign Up For The Newsletter