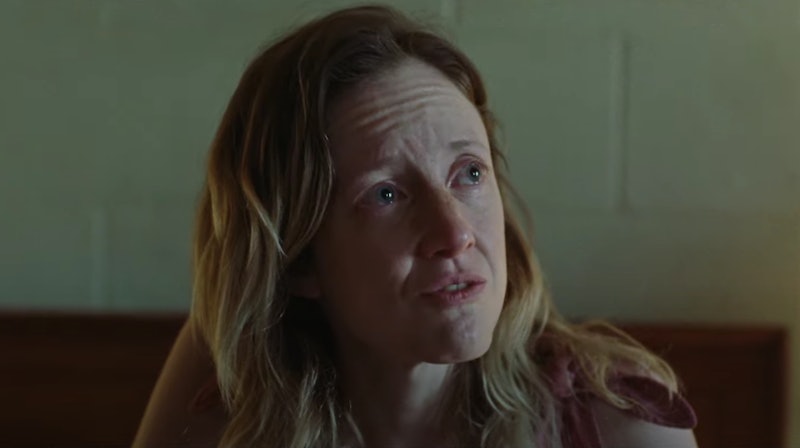 On Jan. 24, the nominees for the 95th annual Academy Awards were revealed, with acclaimed releases including Everything Everywhere All At Once, The Banshees Of Inisherin, and All Quiet on the Western Front leading the way in the ceremony’s most prestigious categories. One surprise Oscars 2023 nod was Andrea Riseborough's Best Actress nomination for her performance in To Leslie, which received a glowing response from critics upon its release. If you’re keen to discover what all the Oscars buzz is about, find out how to watch To Leslie in the UK, below.

Starring alongside the likes of Allison Janney, Marc Maron, Andre Royo, and Owen Teague in the Michael Morris-directed drama, Riseborough portrays the character of Leslie Rowlands: an alcoholic single mother from West Texas who attempts to rebuild her life after winning the lottery and subsequently wasting the money. In the UK, To Leslie is currently available to watch on Amazon Prime Video.

Speaking to Deadline, the British star said she was “astounded” to learn of her Oscars recognition. “It’s such an unexpected ray of light. It was so hard to believe it might ever happen because we really hadn’t been in the running for anything else. Even though we had a lot of support, the idea it might actually happen seemed so far away.”

As per the Guardian, the film made under £30,000 at the box office in 2022. However, a viral campaign led by a string of fellow actors, including Amy Adams, Jane Fonda, Gwyneth Paltrow, and Jennifer Aniston, among others, called for Riseborough's performance to be formally recognised.

More like this
Twitter Is Overjoyed By Angela Bassett’s Record-Making Oscar Nomination
By Maxine Harrison
Paul Mescal’s Family Celebrated His Oscar Nomination In The Sweetest Way
By El Hunt
Your Guide To Watching 'Everything Everywhere All At Once' In The UK
By El Hunt and Sophie McEvoy
Why Andrea Riseborough Is Confused By Her Oscar Nomination For Best Actress
By Jake Viswanath
Get The Very Best Of Bustle/UK
Sign up for Bustle UK's twice-weekly newsletter, featuring the latest must-watch TV, moving personal stories, and expert advice on the hottest viral buys.