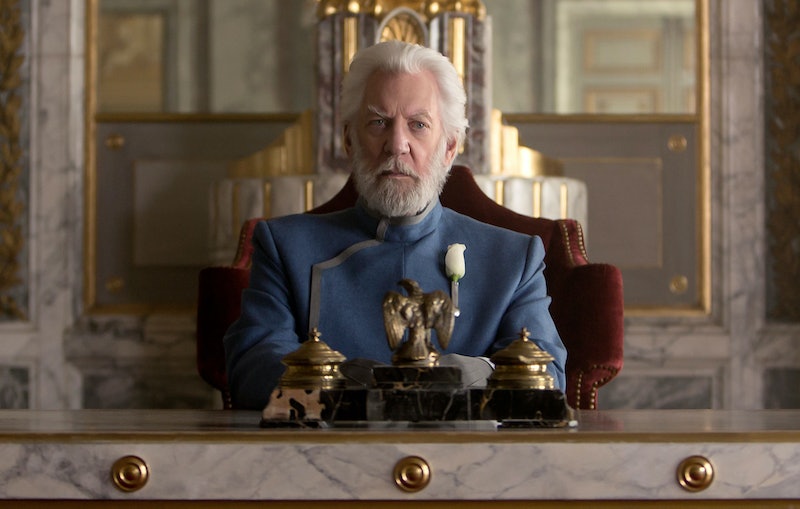 Ten years ago this spring, the very first Hunger Games movie arrived in theaters and launched a cultural phenomenon. From influencing a decade of dystopian YA to inspiring countless young readers to replicate Katniss’ braid (a whole arm workout!), it’s hard to overstate the franchise’s impact.

And it’s not over yet. While the original book series ended pretty conclusively, Suzanne Collins released a prequel in 2020 called The Ballad of Songbirds and Snakes — and before it even hit bookstores, fans learned that the novel was getting the film treatment. Now, Lionsgate has revealed that production has begun on the Hunger Games prequel movie, and as Variety reports, it already has a release date.

Here’s everything you should know about the Hunger Games prequel movie, The Ballad of Songbirds and Snakes, including the book it’s based on.

It will be a while before audiences get to see the first Hunger Games prequel trailer — but according to Variety, audiences at CinemaCon 2022 saw a brief teaser with imagery of “icy tree branches” and text that read, “The world will discover… who is a songbird… and who is a snake.”

As for the release date? You can expect to watch The Ballad of Songbirds and Snakes on Nov. 17, 2023.

If the first four Hunger Games films are any indication, there’s a good chance The Ballad of Songbirds and Snakes movie will follow its source material very closely.

The prequel is set during the 10th Hunger Games, more than six decades before Katniss and Peeta arrive on the scene. Per the 2020 novel’s official synopsis:

The once-mighty house of Snow has fallen on hard times, its fate hanging on the slender chance that Coriolanus will be able to outcharm, outwit, and outmaneuver his fellow students to mentor the winning tribute. The odds are against him. He's been given the humiliating assignment of mentoring the female tribute from District 12, the lowest of the low. Their fates are now completely intertwined — every choice Coriolanus makes could lead to favor or failure, triumph or ruin.

As you’ll remember from the original Hunger Games films, Coriolanus goes on to become the villainous, rose-obsessed President Snow (played by Donald Sutherland).

There’s no word yet who will play young Snow or his tribute, Lucy Gray Baird. In fact, there haven’t been any casting announcements for the Hunger Games prequel. The behind-the-scenes talent, though, should give you plenty to be excited about: Francis Lawrence and Michael Arndt, who previously teamed up for Catching Fire (the series’ best-received film), will be back to direct and write, respectively.

This post will be updated with the trailer and additional plot details as more information on The Ballad of Songbirds and Snakes becomes available.