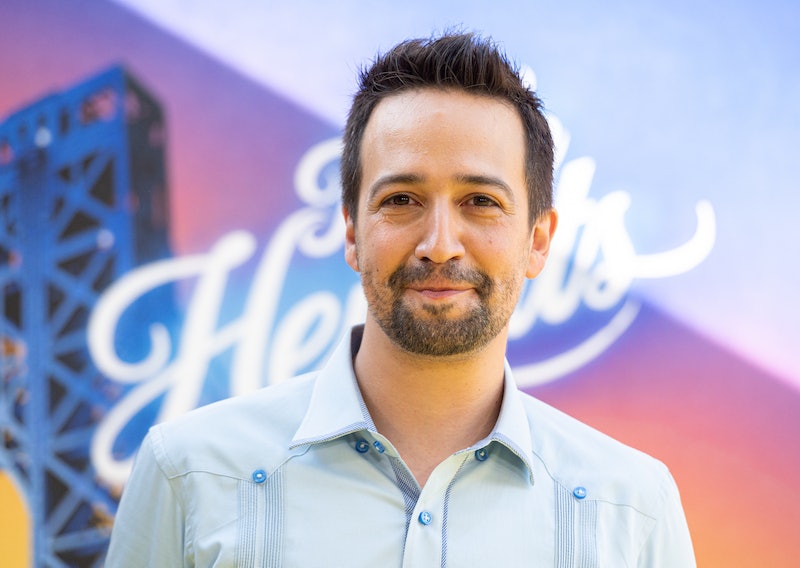 Jon M. Chu’s film adaptation of Lin-Manuel Miranda’s In The Heights was released to theaters and HBO Max on June 10, and amid its widespread critical acclaim, the film has been subject to controversy over its casting choices. In a video interview with The Root posted on June 9, host Felice Léon asked Chu and cast members Melissa Barrera and Leslie Grace about the lack of dark-skinned Afro-Latinx actors in the film’s main cast. After the video sparked backlash from viewers who feel the film doesn’t accurately represent the population of New York City’s Washington Heights, Miranda issued an apology through Twitter on June 15.

“I started writing In The Heights because I didn't feel seen. And over the past 20 years all I wanted was for us-ALL of us-to feel seen,” wrote the 41-year-old Tony winner. “I'm seeing the discussion around Afro-Latino representation in our film this weekend and it is clear that many in our dark-skinned Afro-Latino community don't feel sufficiently represented within it, particularly among the leading roles.”

Miranda acknowledged viewers’ pain and frustration regarding colorism and noted that they felt “unseen” following the viral interview. “I hear that without sufficient dark-skinned Afro-Latino representation, the work feels extractive of the community we wanted so much to represent with pride and joy,” he continued. “In trying to paint a mosaic of this community, we fell short. I'm truly sorry.”

Finally, the playwright said he’s “learning” from the discussion and thanked fans for bringing it up. “I'm trying to hold space for both the incredible pride in the movie we made and be accountable for our shortcomings. Thanks for your honest feedback,” he added. “I promise to do better in my future projects, and I'm dedicated to the learning and evolving we all have to do to make sure we are honoring our diverse and vibrant community.”

On June 9, Léon, a self-described “Black woman of Cuban descent,” asked Chu, Barrera, and Grace about “the lack of Black Latinx people represented” in the film, noting that its main cast was made up of “light-skinned or white-passing Latinx people.” In his response, Chu said the topic was discussed behind the scenes and that it was something he “needed to be educated” on. “In the end, when we were looking at the cast, we were trying to get the people who were best for those roles and that specifically, and we saw a lot of people, people like Daphne [Rubin-Vega], or Dascha [Polanco],” he continued. “But I hear you on trying to fill those cast members with darker-skinned [actors]. I think that's a really good conversation to have, something that we should all be talking about.”

Chu later added that he hopes people are inspired to “tell more stories” that feature Afro-Latinx actors. “Listen, we're not going to get everything right in a movie. We tried our best on all fronts of it,” he said. “I do think there's something to be said about sharing in experiences and me never trying to say I knew, I know what I'm doing, but to just give room to everybody to speak up about what we're doing at that moment.”

Grace, who plays Nina in In The Heights, told Léon that prior to making the film, she “didn’t realize” she hadn’t seen herself or people who look like her “darker siblings” onscreen. “I didn't realize how much that affected the limitations I put on myself, being someone who wanted to be an artist and be an actress and even be in the Latin music industry, being Afro-Latina,” she added. “I feel so blessed that I get to express the diversity that is within the Latinx community in a way that we haven't been able to see onscreen because so many times we're put onscreen in one particular way, and since we get so little opportunities, everyone wants to claim that one story because it's all we got.”

However, Grace recognized that there’s more work to be done. “I hope that [In The Heights] is cracking that glass ceiling,” she said. “Because I do hope to see my brothers and sisters that are darker than me lead these movies.”

Barrera, who plays Vanessa in the film, felt it was “important to note” that there was “a lot of Afro-Latinos” throughout the audition process. “I think they were looking for just the right people for the roles, for the person that embodied each character in the fullest extent,” said the actor, noting that the cast is “all very much like [their] characters,” to the point where it felt real to her. “And because the cast ended up being us, and Washington Heights is a melting pot of Black and Latinx people, Jon and Lin wanted the dancers and the big numbers to feel very truthful to what the community looks like.”

More like this
Linda Ronstadt’s “Long Long Time” Plays A Pivotal Role In The Last Of Us
By Brad Witter
How Andrea Riseborough Got Nominated — & Almost Disqualified For An Oscar
By Jake Viswanath
Who Is "Daddy" Pedro Pascal Dating? People Are Thirsting Over The 'Last Of Us' Star
By Alyssa Lapid
Here’s What Happens To Bill & Frank In 'The Last Of Us' Video Game
By Brad Witter
Get Even More From Bustle — Sign Up For The Newsletter
From hair trends to relationship advice, our daily newsletter has everything you need to sound like a person who’s on TikTok, even if you aren’t.