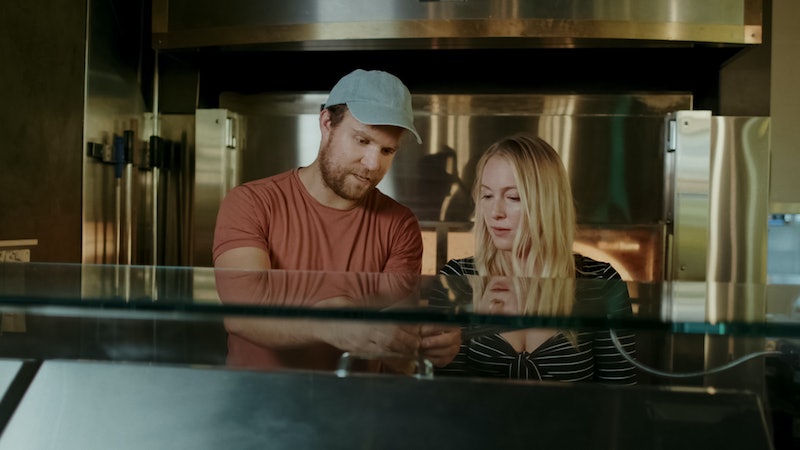 Since leaving NXIVM in 2018, India Oxenberg has been slowly rebuilding her life. She repaired her strained relationship with her mom, co-produced a docuseries, Seduced, about her experience in the cult for Starz, and even fell in love: in October 2019, she announced her engagement to New York chef Patrick D'Ignazio, who's briefly featured in Seduced.

As sources explained to Fox News in 2018, Oxenberg began working at the vegan restaurant PlantMade shortly before NXIVM leader Keith Raniere's arrest that March in Puerto Vallarta. Former NXIVM publicist Frank Parlato theorized on his website that Oxenberg had to get a job because she was not being given enough money to support herself, despite being expected to stay loyal to Raniere and the cult. With Raniere's compound being raided thousands of miles away, Oxenberg was finally able to live apart from NXIVM's influence for the first time in years.

"I had just left Albany and I was looking for work. I must have applied to 20 different places," Oxenberg explained to The Daily Mail. "At that point, if you Googled me it was 'branded sex slave', 'Keith Raniere's sex slave'. Nobody wanted to rent me an apartment or hire me. But finally I became a manager of a restaurant in the East Village, and that's where I met my now-fiancé."

She added that she told Patrick "everything" about her time in NXIVM. "I told him as much as I could. He was genuinely curious about what my experiences were, without judgment."

Oxenberg explains in Seduced that when she met D'Ignazio, the last thing she was looking for was a boyfriend. "After NXIVM, it was really hard for me to trust anybody. I didn't want to let anyone into my life ... but Patrick was persistent," she says. "Patrick didn't see me as a branded sex slave, he just saw me as a girl that he wanted to know. But he has to deal with what other people think of me, and sometimes he gets dragged into that. He understands that this is a part of my life and he supports me in what I need to do."

D'Ignazio is currently a chef at Matthew Kenney's Double Zero, a plant-based pizza spot that specializes in organic and sustainable food sources. (PlantMade has since shut down, but it was also owned by Kenney when Oxenberg worked there). Beyond that, D'Ignazio keeps a low profile, and Oxenberg is similarly an infrequent Instagrammer, posting only a few pictures of their time together in Argentina and on a Napa Valley wine trip. After so much time in the spotlight, the two probably prefer to keep their romance out of the public eye.

"I don't want to sugar-coat it. Healing is complicated and it's not easy," Oxenberg told The Daily Mail. "Just enjoying my life, having time with my family and friends and enjoying the little things. That means a lot more to me now."

More like this
A New Netflix Doc Will Explore The Unsolved Murder Of Jill Dando
By Sam Ramsden
This First Look At 'The Gold' Shows Jack Lowden In A Whole New Light
By El Hunt and Sam Ramsden
Wait, Is Barney Stinson Related To Sophie On 'HIMYF'?
By Gretchen Smail
Channing Tatum Wants To Remake This Iconic '90s Film
By Darshita Goyal
Get Even More From Bustle — Sign Up For The Newsletter
From hair trends to relationship advice, our daily newsletter has everything you need to sound like a person who’s on TikTok, even if you aren’t.