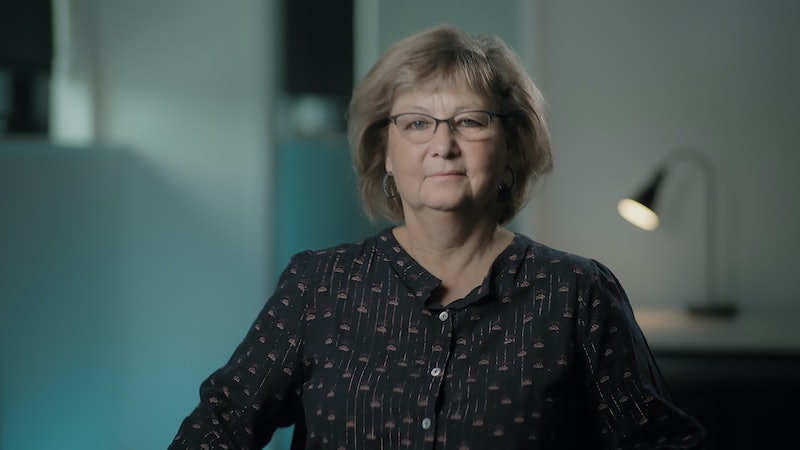 Practising forensic science for over four decades, Angela Gallop has provided major evidence in high-profile cases like the murders of Stephen Lawrence, Damilola Taylor, and Rachel Nickell. Gallop was awarded a CBE in 2015, and published her first memoir titled When the Dogs Don't Bark: A Forensic Scientist's Search for the Truth in 2019. Gallop currently works for firms that supply forensic services to prosecution and defence teams in the UK, and is also a professor at the University of Strathclyde.

Gallop initially studied botany at the University of Sheffield, and biochemistry at Oxford, before falling into forensics by chance after applying for a job at the Forensic Science Service in 1974. Her first crime scene was in a Huddersfield wood yard where the body of 18-year-old Helen Rytka was found, who was one of Peter Sutcliffe's first victims. "We were just beginning to link the murders and were really worried about this man," Gallop told the Yorkshire Post. "It was a baptism of fire, the first time I had ever seen a dead body. I thought beforehand, 'I hope I'm not going to keel over'." Gallop went on to investigate a number of high-profile crimes during her career, and along with her teams, she provided key evidence in several high-profile cases, the Sunday Post notes.

Gallop's role in The Pembrokeshire Murders comes eight years into Cooper's first prison sentence for burglary and robbery, when she was asked by DCI Steve Wilkins to assist in the investigation of two cold cases he believed Cooper was involved in. The forensic team began their investigation by looking for Cooper's DNA at the three crime scenes, but when this turned out to be inconclusive they broadened their scope to include textile fibres. Almost immediately, they discovered substantial amounts of blue acrylic fibres at all three crime scenes. This evidence led to the realisation that Cooper must have been wearing gloves during his crimes, which explained why they found little DNA.

The fibres were eventually matched with several pairs of gloves discarded in hedgerows, which was in line with Cooper's burglary MO. Gallop and her team also found a tiny flake of blood on a pair of Cooper's shorts, which they obtained by examining adhesive tapings used to collect fibre evidence. The DNA of the blood matched one of the victims.

Gallop has described the Pembrokeshire Murders as the case that gave her the "most satisfaction" in her career. "I can't tell you how brilliant it was," she told the Yorkshire Post, explaining that if the police hadn't let her expand the scope of forensics to textile fibres, the case would have most likely remained unsolved. "We amassed such an amazing array of evidence against such an awful violent man, and it is such a good thing he is locked up."

"I can't deny it, it is very good if you find something that looks like it is meaningful," she continued. "With the Stephen Lawrence and the Coastal Path murders, we had to do an enormous amount of work to make sure the results weren't down to something else."

The Pembrokshire Murders continues tonight at 9 p.m. on ITV, and concludes on Jan. 13.

More like this
'Consent' Is Not Just One Person’s Story, But Hundreds
By Shahed Ezaydi
6 'Happy Valley' Easter Eggs You May Have Missed
By Sophie McEvoy
Claire Foy Spoke Out About 'The Crown's Gender Pay Gap
By Sam Ramsden
Olivia Colman Stars In First-Look Trailer For BBC's 'Great Expectations'
By Sabah Hussain and Sam Ramsden
Get The Very Best Of Bustle/UK
Sign up for Bustle UK's twice-weekly newsletter, featuring the latest must-watch TV, moving personal stories, and expert advice on the hottest viral buys.