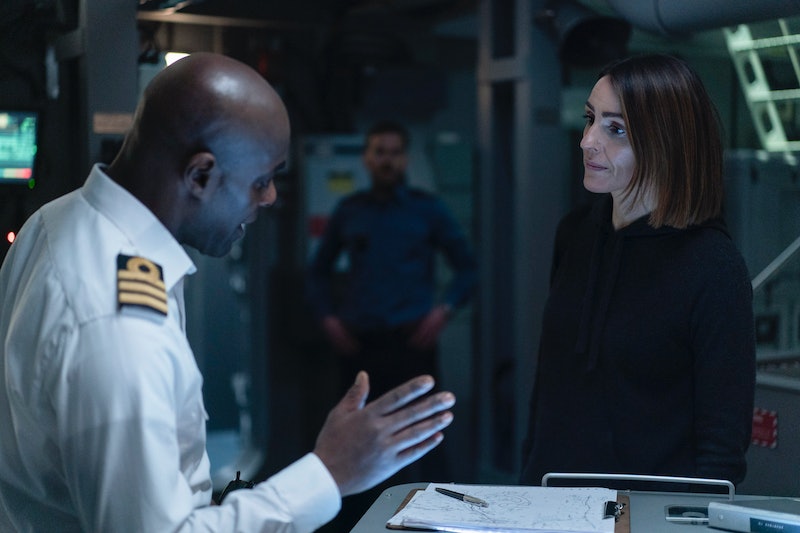 A suspicious death on board a Trident nuclear submarine and the disappearance of a Scottish fishing trawler are at the centre of the BBC’s latest must-watch drama, Vigil. Penned by the BAFTA-nominated writer, Tom Edge, the series stars the likes of Suranne Jones, Rose Leslie, and Martin Compston. But, what is it that inspired the six-part drama, and is Vigil based on a true story?

Speaking to The National Scot, a BBC spokesperson confirmed that the series “is not inspired by or based on any specific real-life events.”

Although not inspired by true events, show-writer Edge previously expressed his view that the story — which is based around Britain's nuclear deterrent system, Trident — could be applicable to real life. “I think over the next 10 years submarine warcraft is going to dominate in a way they haven’t been thought about for a while,” he said at a recent press event per the Independent.

Many have drawn parallels between the plot of Vigil and real events, including the Antares tragedy of November 1990. Per The National Scot, this tragic real-life incident occurred when the trawler Antares was sunk by the Royal Navy nuclear-powered submarine HMS Trenchant in the Arran Trench, close to the Isle of Arran. The accident claimed the lives of four fishermen: Jamie Russell, Stewart Campbell, Stewart Campbell, and Dugald John Campbell.

As mentioned, the BBC thriller centres on the United Kingdom’s real-life nuclear deterrent system known as Trident, which is situated at HM Naval Base Clyde on the west coast of Scotland. Per the Independent, the system includes four Vanguard-class submarines that can hold up to eight Trident missiles, each of which can be aimed at varying targets.

At least one submarine has been on patrol to deter a nuclear attack on the UK since 1969, the BBC reports. The ongoing deterrent is referred to as Operation Relentless and has the power to launch a nuclear attack on a potential foreign enemy at any given moment.

The plot of BBC’s Vigil revolves around the disappearance of a fishing trawler and a mysterious death that occurred on board a Trident nuclear submarine. Because the United Kingdom’s underwater nuclear deterrent must remain continuous, DCI Amy Silva (Suranne Jones) is required to go aboard the submarine to conduct an investigation.