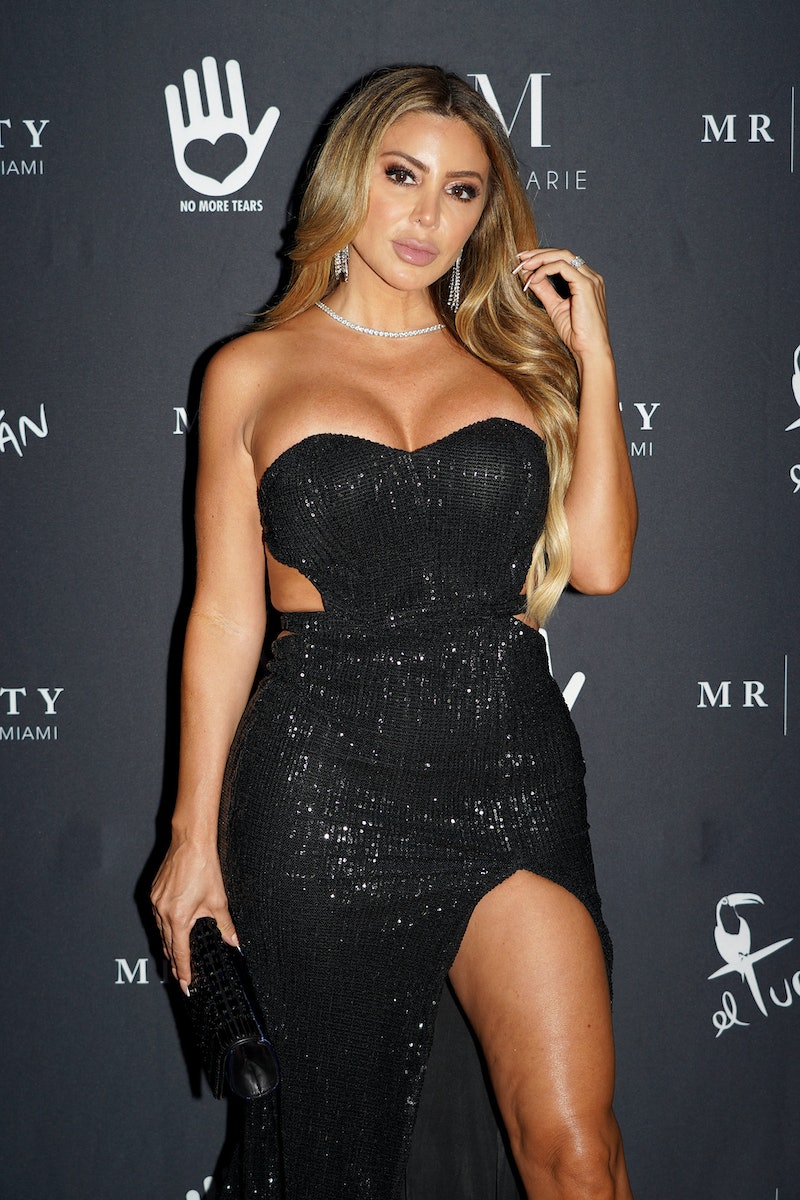 Real Housewives of Miami is coming back for Season 4 on Dec. 16 after eight years off the air, which means that fans have a lot of catching up to do ahead of the premiere. The upcoming season, which will stream on Peacock, will welcome some newcomers and feature fan-favorites from the original cast, including Alexia Echevarria, Lisa Hochstein, Adriana de Moura, and Larsa Pippen.

The last time Pippen, 47, was featured on the hit Bravo series, she was married to former NBA star Scottie Pippen. The two were married for about 20 years, and after tying the knot (without signing a prenuptial agreement) in 1997, they went on to have four children together: Scotty Jr., 21, Preston, 20, Justin, 16, and Sophia, 13. A few years later, their once-solid marriage took an unexpected turn.

Larsa and Scottie announced a temporary split in 2015, roughly two years after Season 3 of RHOM wrapped. The following year, the former Chicago Bulls player filed for divorce from the entrepreneur after the cops were called to their home in Fort Lauderdale, Florida, twice in three weeks. According to TMZ, law enforcement was alerted because of an alleged “domestic disturbance,” but Larsa insisted it never got physical.

Turns out, that was only the first chapter of Larsa and Scottie’s messy divorce saga. In 2017, the former couple agreed to shred the divorce papers and work on their marriage — that is, until the reality star filed to end their marriage a year later. For years, rumors swirled that Larsa cheated on Scottie with rapper Future, which she vehemently denied on her Instagram Stories in 2018, per Us Weekly.

“Ppl are so insensitive to my life,” Larsa said, according to the magazine. “I’m a lover and will never say anything negative about [Scottie]. My soul isn’t built for negativity. I’ll take a beating publicly ppl saying I cheated when believe me it wasn’t like that. He was [nowhere] around. I cried oceans after him. I would do anything for him.” The RHOM star also addressed the cheating allegations on Twitter as recently as last year.

According to TMZ, Larsa tweeted that “cheating wasn’t the problem” when it came to her and Scottie’s failed marriage. “I was married to him for 20 years, I did everything for him and my family,” she reportedly wrote in the now-deleted tweets. “People change and that’s what really happened.” Although she denied cheating with Future, she opened up about dating the rapper in a November 2020 interview with Hollywood Raw.

“He was definitely not what I thought he was going to be like,” Larsa confessed. “He was definitely very romantic and different than I expected him to be.” The jewelry designer went on to explain that they related to each other in “the most simple, organic way.” “I didn’t need anything from him, he didn’t need anything from me,” she added. “I felt like I was stuck in a marriage I wasn’t really happy in and he was trying to find his way, too.”

Elsewhere in the interview, Larsa spoke about dating Tristan Thompson right before his relationship with Khloé Kardashian. “I was seeing him; I had him come to LA. I brought him to a party Kim [Kardashian] had,” she said. “I introduced him to all of them. Then a week later, or 10 days later, he started seeing Khloé. Which is fine, I don’t even care. It’s whatever.” Shortly after the explosive interview, reports surfaced that the Good American founder unfollowed Thompson on social media.

Unfortunately, that wasn’t the only scandal Larsa was embroiled in recently. Late last year, she made headlines again when photos surfaced of her holding hands with Minnesota Timberwolves player Malik Beasley while he was married to Montana Yao, who he wed in March 2020 and has a two-year-old son with. “Wow… I don’t even know this man,” Yao wrote on her Instagram Story after seeing the photos. “This is wild y’all I’m seeing it for the first time just like y’all.”

The following day, on Dec. 2, the Larsa Marie Jewelry owner subtly responded to Yao by sharing a quote on her Instagram Stories. “Don’t always trust what you see on social media,” it read. “Even salt looks like sugar.” The following week, Yao filed for divorce after being married to Beasley for less than a year. On Dec. 9, Yao reportedly said that she and her son, Makai, were “told to leave our family home 10 days ago” and that Beasley had not issued “any type of apology,” per Us Weekly.

Larsa, for her part, claimed that Yao and Beasley were not together when they were photographed holding hands. “I googled them when I first met him — they weren’t together,” she said during a February 2021 appearance on Hollywood Unlocked With Jason Lee. “They had issues before. It had nothing to do with me, so I wasn’t thinking anything about it. If you spent a minute googling their situation, it wasn’t the ideal situation, way before me.”

In May 2021, one month after calling it quits with Larsa, Beasley finally took responsibility for his actions. “For the record I was the one who ended my last relationship off the fact that there is no one like you,” he reportedly wrote, per Us, before admitting to leaving Yao and his son. “I ain’t looking to be judged I’m looking for forgiveness. To forgive me for hurting my family the way I did,” he added. “At the end of the day I’m a lover boy and I miss holding y’all and loving y’all.”

The drama didn’t end there, though. After Beasley came clean, Larsa reportedly called the athlete a “clout chaser” on her Instagram Stories and told his ex that she should find “another man who wants you for you.” In response, Yao gave the reality star a few tips of her own. “Go work on yourself, read a book, [do] something better in your life while you still have the time,” she wrote on her own Instagram account.

So far, it seems like the Real Housewives of Miami star is taking Yao’s advice. In July, a source told Us that “Larsa has not been in communication with Malik and is unaware of what he’s been up to or if he’s moved on and is dating someone new.” The insider also said that the reality star has “vowed” to never get back together with him. “She’s completely moved on and is enjoying being single again,” the source said.