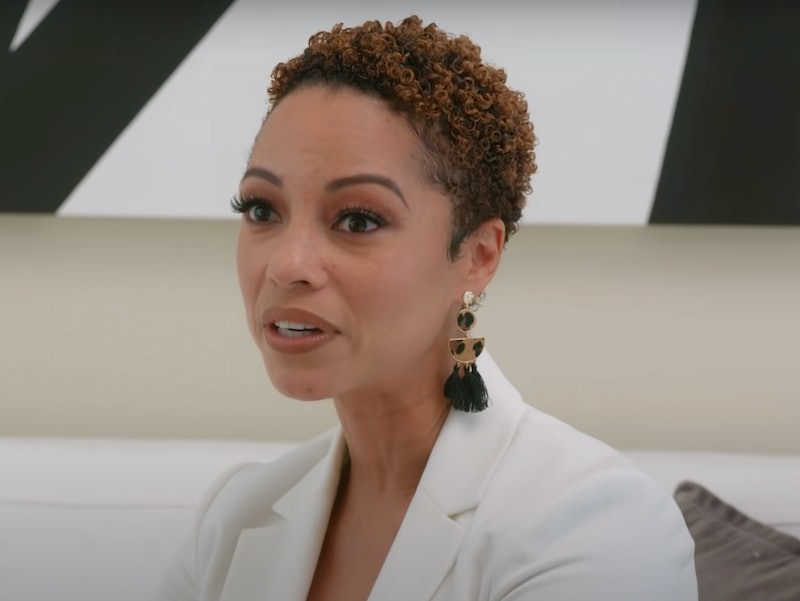 There’s drama brewing at the center of Selling Sunset’s spinoff Selling Tampa. Filmed at Sharelle Rosado’s Allure Realty firm in Tampa, Florida, the series focuses on Sharelle and seven of her top real estate agents. But it’s hinted that there’s at least one employee who’s become less than happy with having to answer to Sharelle: Rena Upshaw Frazier. “I’ve really been toying with the idea of starting my own brokerage and going out on my own,” Rena tells Colony Reeves and Anne-Sophie Petit-Frere in the trailer.

According to House Beautiful, Rena was the first agent to be hired at Allure Realty when it opened in 2019, so it’s natural she has the most extensive background out of all the women featured on Selling Tampa. Here’s everything else to know about Allure Realty’s top agent and broker associate.

Rena Has An Impressive Education

According to Rena’s LinkedIn, she’s highly educated. She holds a bachelor’s degree in civil and environmental engineering from the University of South Florida, as well as a law degree from Stetson University College of Law. She even won an award in 2004 for being the best oral advocate at the National Trial Competition, a mock trial college competition that involves more than 140 law schools and over 1,000 law students each year. Rena went on to become an attorney for six years, and then graduated to partner at a national law firm before obtaining her real estate license in 2018.

As a proud Tampa native, Rena told House Beautiful that she’s particularly interested in Florida’s architecture. “I am on a mission to see all of Frank Lloyd Wright’s existing structures today,” she said. “I’ve seen four of them, so it’s on my bucket list to see all of them.” (Wright is considered to be one of America’s greatest architects, and in 2012, the Florida Southern College Historic District was designated as a historic landmark by the U.S. Department of the Interior for having the largest collection of Frank Lloyd Wright architecture in the world.)

Rena shares snapshots of her life outside work on her Instagram. These include pictures with her husband and her four children. “Being a mother is one of my greatest joys, and my kids have enriched my life in so many ways,” she wrote on a May 9 post. “I was 9 months pregnant with Aja when I took the bar exam. I remember being in the exam room, and my stomach was so big it was pressed up against the table. I could barely reach over it to write. I kept having Braxton-Hicks contractions and was sweating because I was so nervous. I kept praying that I didn’t go into labor because I had studied so hard and didn’t want to have to study and take the test again. ... When I finished the exam, I had a huge feeling of relief. Aja was born 2 days later, and I passed the exam! I always say she’s so smart because I studied for the bar while I was pregnant with her.”

Is Rena Still At Allure Realty?

Though Selling Tampa hints that Rena eventually breaks away from Allure Realty, it does appear that Rena is still working with Sharelle, at least for now. Rena still lists Allure Realty as her present employer on her LinkedIn and her Instagram, and the company’s logo is also on her own website. And in an Aug. 31 Instagram post where Rena described closing a difficult deal, she called Allure Realty her “family.” Turns out any drama that ensues during the season isn’t enough to cause Rena to break from the first real estate firm she called home.