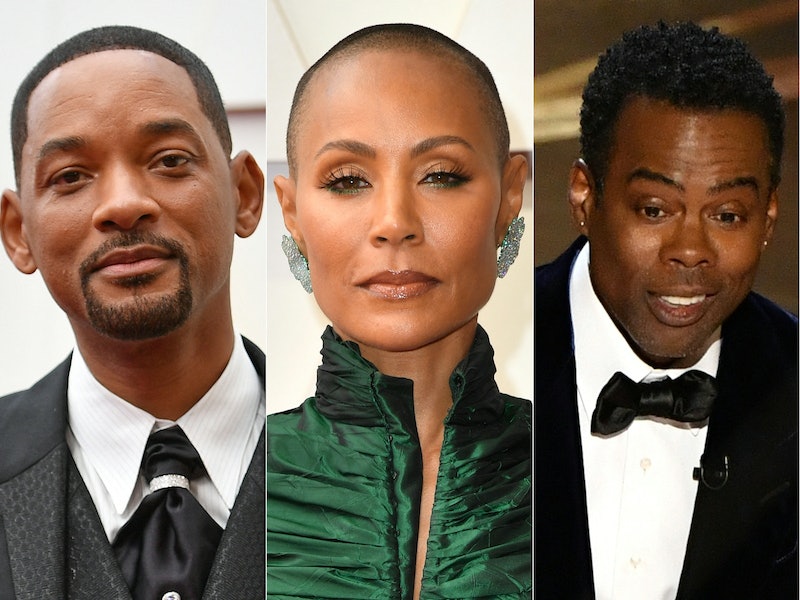 Two months after Will Smith slapped Chris Rock at the Oscars, Jada Pinkett Smith has revealed where she stands on the controversial moment, which resulted in Smith’s ban from the Academy Awards for 10 years. The March 27 slap happened after Rock made a remark about Pinkett Smith’s shaved head, comparing her to the film G.I. Jane. Pinkett Smith had previously opened up about her hair loss caused by alopecia, and she shaved her head altogether in 2021 to help manage it.

During the June 1 episode of Red Table Talk, she expanded on the conversation. “Considering what I’ve been through with my own health, and what happened at the Oscars, thousands have reached out to me with their stories,” Pinkett Smith said, at the start of the episode. “I’m using this moment to give our alopecia family an opportunity to talk about what it’s like to have this condition, and to inform people about what alopecia actually is.”

Before continuing to the rest of the episode — which included input from those who have experienced alopecia firsthand — Pinkett Smith addressed the slap. “Now about Oscar night,” she said. “My deepest hope is that these two intelligent, capable men have an opportunity to heal, talk this out, and reconcile. The state of the world today — we need them both. And we all actually need one another more than ever. Until then, Will and I are continuing to do what we have done for the last 28 years. And that’s keep figuring out this thing called life together.”

It’s the first time Pinkett Smith has discussed the moment in detail, though she previously said on Red Table Talk that “some of the discoveries around our healing will be shared at the table when the time calls,” suggesting that there could still be more conversations to come.

Two days after the Oscars, Pinkett Smith posted “THIS IS A SEASON FOR HEALING” on Instagram, seemingly in response to the slap and other world events.

Smith hasn’t talked publicly about the slap since apologizing on March 28 on social media.

More like this
Just 1 More Award Would Make These Celebrities EGOT Winners
By Hugh McIntyre
Jennifer Hudson Becomes An EGOT Winner At The 2022 Tony Awards
By Jake Viswanath
The EGOT Winners List: Only These 17 Artists Have Ever Reached EGOT Status
By Radhika Menon and Marina Watts
Taylor Swift's “Carolina” Theme For 'Where The Crawdads Sing' Soundtrack Is Here
By Jake Viswanath
Get Even More From Bustle — Sign Up For The Newsletter