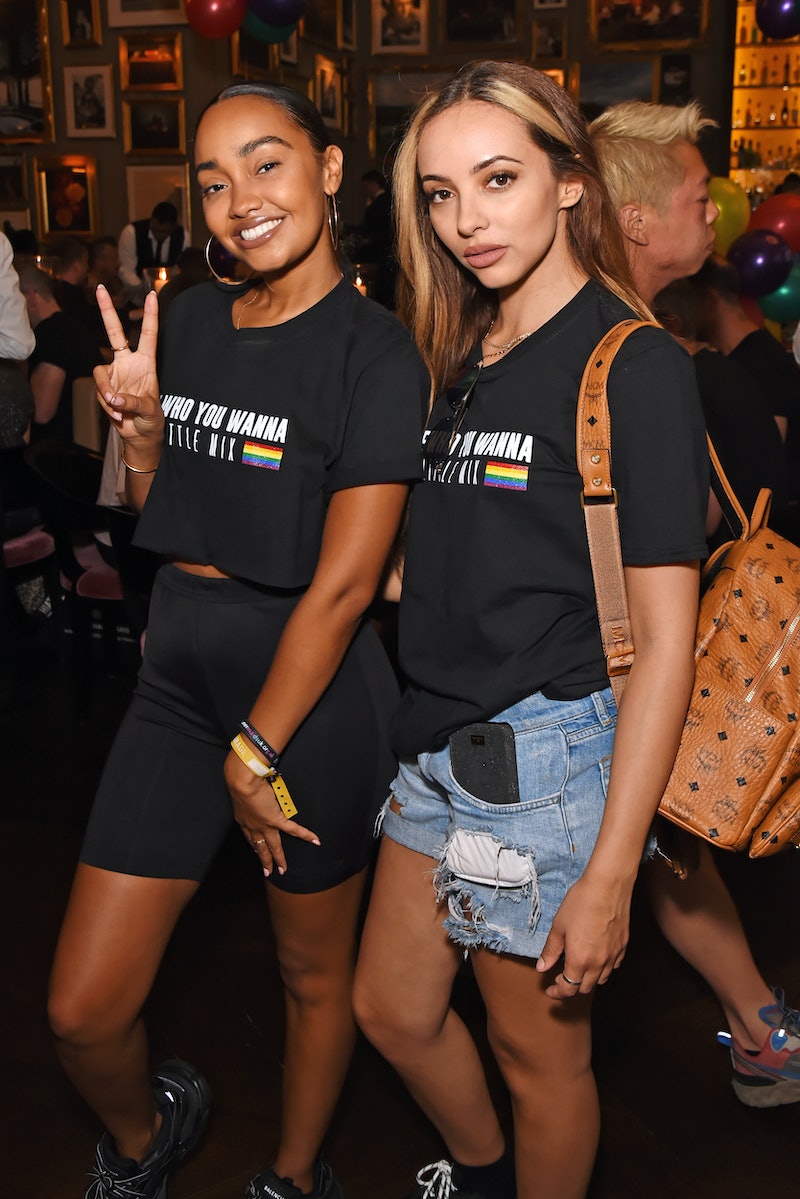 In a new interview, Little Mix member Jade Thirlwall opened up about meeting Leigh-Anne’s twins for the first time and admitted that it’s only just sinking in that her bandmates are parents.

Speaking to Glamour magazine, Thirlwall said she’d visited Leigh-Anne’s twins in September, adding that the newborns are “so beautiful” and “just slept the whole time.”

“But you know what, it was so weird because all I’ve ever known is being around the girls and it being us and just us,” she added.

Thirlwall reflected on working with the new mums on music videos while they were heavily pregnant, admitting that, somehow she “kind of just didn’t think it was real.”

“Every time we’d been doing a music video we’d base it around their pregnancies, so every character we’d play in a music video would revolve around them being pregnant as well so it was almost like a fun little act that we were doing,” the singer explained.

“So seeing Leigh and seeing the babies was like, “Oh, they’re here and they’re perfect and you’re a mum now and you’ve got to do this.”

Thirlwall added that she was “proud” of her Little Mix bandmates also sharing that they “smashed the pregnancies.”

“They were absolute queens, working hard – and they had each other which I suppose really helped them. It’s amazing. I am hoping to see Perrie soon and be the best auntie I can be.”

Sharing her thoughts on starting her own family, the singer said she wasn’t feeling “left out” or “broody.” “I’m so unbelievably proud of where I am at in my life and what I’ve achieved and my career. I’ve got an amazing boyfriend, I’ve got amazing friends and family, and I’m a businesswoman –why would I feel left out?!” she stressed. “I think that everyone moves at different paces and I’m happy with mine.”

Thirlwall is currently preparing for the launch of her new MTV show Served and has just brought out an eye shadow palette with BEAUTY BAY, which she described as the “perfect all rounder” in a recent interview with Bustle.

More like this
Rita Ora Finally Opened Up About Marrying Taika Waititi & Their "Perfect" Wedding
By Sophie McEvoy and Catharina Cheung
Taylor Swift & Harry Styles Had A Secret Reunion At The Grammys
By Shahed Ezaydi
Here’s How You Can Watch The Grammys 2023 In The UK
By Emma Madden and Catharina Cheung
Twitter Is Saying The Same Thing About Beyoncé's Renaissance World Tour
By Shahed Ezaydi
Get The Very Best Of Bustle/UK
Sign up for Bustle UK's twice-weekly newsletter, featuring the latest must-watch TV, moving personal stories, and expert advice on the hottest viral buys.