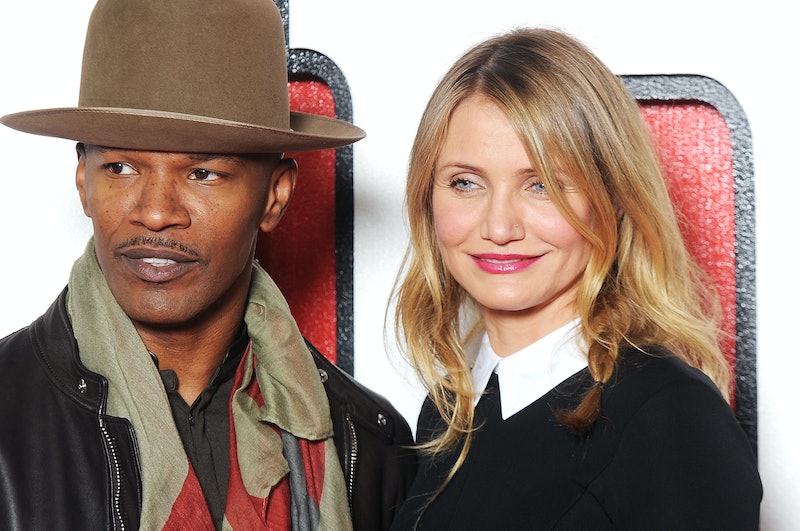 It’s been eight years since Cameron Diaz last ventured onto the silver screen, and four since she officially confirmed her retirement from acting. While she might have stepped back from Hollywood, the Holiday star took time to step into, well, everything else. Since her last role (Miss Hannigan in 2014’s Annie), Diaz got married, welcomed a daughter, launched a wine brand, and wrote two books on health.

She explained her decision to leave acting to Kevin Hart in 2021. “When you do something at a really high level for a long period of time ... all parts of you that isn’t that, has to be sort of handed off to other people,” Diaz said. Around 40, she explained, she wanted to change that. “For my personal, spiritual self, I was realizing that one part of me that functioned at a high level wasn’t enough, you know?”

Still, Diaz acknowledged, she did “love acting” — and fans love it for her, too. Fortunately, Diaz’s retirement from Hollywood wasn’t quite as permanent as we might have thought. On June 29, Jamie Foxx revealed on social media that he’d be starring alongside Diaz in Back in Action, an upcoming action-comedy film for Netflix.

“I’m so anxious right now, I’m, like, pacing the room,” Diaz says in a recorded conversation between the pair — in which Foxx enlisted the help of longtime NFL star Tom Brady for tips on how to “un-retire.”

But what happened before that hilarious phone call? In an Aug. 3 interview with Entertainment Tonight, Foxx explained how he was able to recruit his Annie co-star for the upcoming project. “[I asked], ‘Do you wanna have some fun? Just have some fun!’ And I think that’s what brought her to it,” Foxx said.

He described Diaz as “such an incredible force [who] has done so much in this business,” and celebrated her return to the movies — alongside the rest of the Shrek star’s stans at home, obviously. “We miss special moments sometimes, in our business, and I think this is a special moment,” Foxx added. “So we’re so happy that it’s happening and looking forward to it.”

As for Diaz, she isn’t necessarily committing to a full-time return to Hollywood — but as she explained to CBS after Back in Action was announced, she’s doing the math to figure out her next steps. “Everybody only has 100%, and you always have to figure out how you’re going to divide up that 100% to spread it to all the parts of your life that matter,” Diaz said.