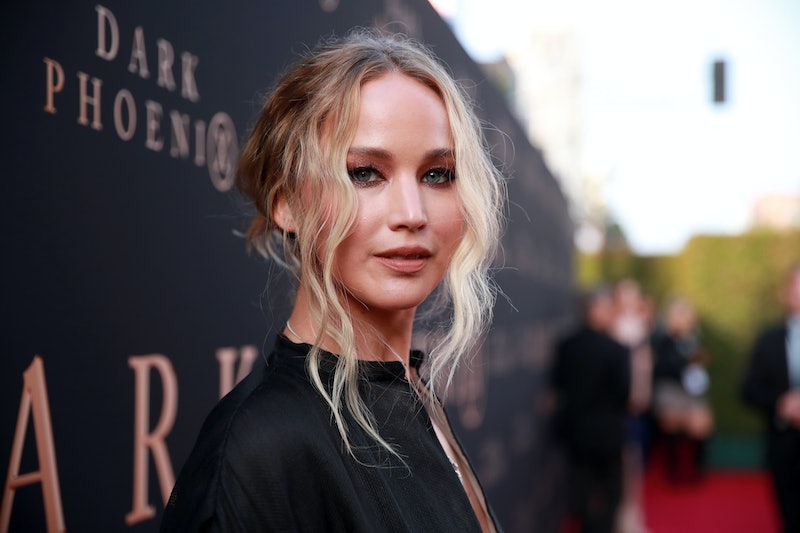 Jennifer Lawrence has been out of the spotlight for quite some time, but she’s back. The 31-year-old actor is currently pregnant and coming out of a years-long break from public life. Next month, she’ll officially return to the big screen in Adam McKay’s Don’t Look Up, a comedy that follows two inexperienced astronomers on a media tour to warn mankind of a comet that will destroy the Earth. But in a new cover story for Vanity Fair, Lawrence revealed that she felt like the world was going to end once before.

Before her break, the Hunger Games star was convinced she was going to die in 2017 when she boarded a plane that malfunctioned mid-flight. Lawrence told the magazine that the flight took off in her hometown of Louisville, Kentucky, and was headed for New York City when there was a loud noise and a noticeable difference in cabin pressure. It turned out that one of the engines had failed, but the pilot said that they could still land safely. “My skeleton was all that was left in the seat,” Lawrence said, recalling the moment she heard the news.

“We were all just going to die,” Lawrence continued. “I started leaving little mental voicemails to my family, you know, ‘I’ve had a great life, I’m sorry.’” When asked what she was sorry about, the Red Sparrow star explained that she “just felt guilty.” “Everybody was going to be so bummed,” she said before revealing that she felt particularly bad for her beloved Jack Russell terrier. “Oh, God, Pippi was on my lap, that was the worst part,” she added. “Here’s this little thing who didn’t ask to be a part of any of this.”

Lawrence told Vanity Fair that she remembers seeing emergency vehicles on the ground as the plane approached the runway. “I started praying,” she said. “Not to the specific God I grew up with, because he was terrifying and a very judgmental guy. But I thought, Oh, my God, maybe we’ll survive this? I’ll be a burn victim, this will be painful, but maybe we’ll live.” She also prayed that she would be able to keep her hair. “‘Please, Lord Jesus, let me keep my hair,’” she said. “Wrap me in your hair-loving arms. Please don’t let me go bald.’”

The plane made an emergency landing in Buffalo, and although it was rough, everyone onboard remained unharmed. Per Vanity Fair, rescue workers busted through the doors of the aircraft and passengers were hugging and crying. This, of course, all took place immediately before Lawrence had to board yet another flight. “It made me a lot weaker,” she said of the experience. “Flying is horrific and I have to do it all the time.”

Elsewhere in the interview, Lawrence opened up about some other major life events, both good and bad. The actor spoke candidly about her leaked nude photos, being weaponized by disgraced film producer Harvey Weinstein, her relationship with her now-husband Cooke Maroney, and why she plans on keeping her children out of the public eye.

“If I was at a dinner party, and somebody was like, ‘Oh, my God, you’re expecting a baby,’ I wouldn’t be like, ‘God, I can’t talk about that. Get away from me, you psycho!’ But every instinct in my body wants to protect their privacy for the rest of their lives, as much as I can,” she explained. “I don’t want anyone to feel welcome into their existence. And I feel like that just starts with not including them in this part of my work.”

More like this
5 Wild Theories About Miley Cyrus’ “Flowers” Music Video
By Jake Viswanath
Austin Butler Recalls Lisa Marie Presley Showing Him Elvis’ Bedroom
By Jake Viswanath
Jennifer Coolidge Hunted For Jewels & Lashes In J.Lo’s Hotel Room
By Jake Viswanath
Gerard Butler Insisted On Adding This Pivotal Scene To 'Plane'
By Catharina Cheung
Get Even More From Bustle — Sign Up For The Newsletter
From hair trends to relationship advice, our daily newsletter has everything you need to sound like a person who’s on TikTok, even if you aren’t.