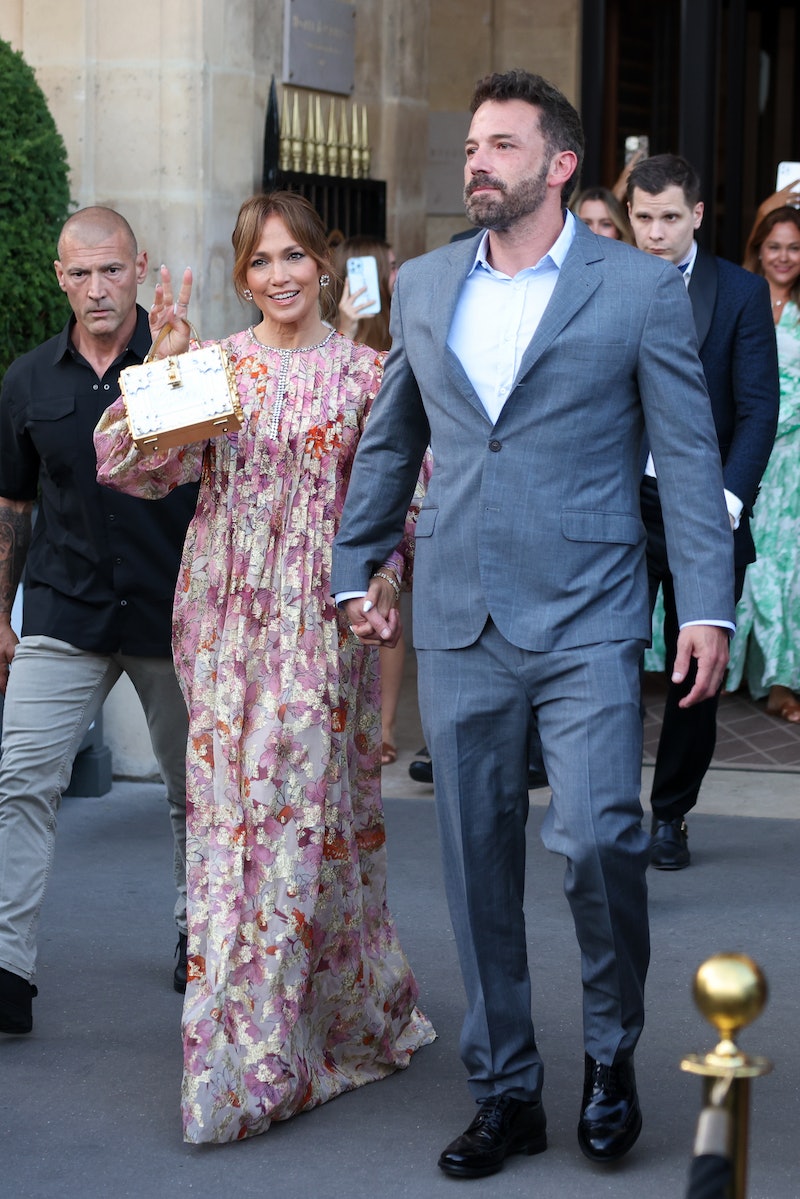 Ben Affleck and Jennifer Lopez are getting married ... again. The couple will be having a three-day wedding celebration on Aug. 19-21, according to Page Six, just weeks after their July 16 ceremony in Las Vegas. “It’s going to be all about J.Lo. Ben wants all of the focus to be on her for their big day,” a source revealed to the outlet. Bennifer’s rehearsal dinner reportedly is set for Friday, a ceremony will take place on Saturday, and a barbecue and picnic will be on Sunday.

The celebration will apparently be a star-studded event, with Matt Damon, Jimmy Kimmel, Ben’s brother Casey Affleck, and Drea de Matteo, expected to attend, Page Six noted. Lopez is rumored to wear a custom Ralph Lauren dress for her nuptials on Affleck’s estate in Riceboro, Georgia.

An insider also told People about the bigger wedding for family and friends: “They don’t have a honeymoon planned yet. Jennifer says that every day with Ben is a honeymoon. Ever since they started dating again, Jennifer has truly believed that this is it,” the source said. “She is looking forward to growing old with Ben. She is very happy and content with Ben. She couldn’t ask for anything else. She thinks it’s all perfect.”

The couple previously got married in July in Las Vegas. They wanted “the world to recognize us as partners and to declare our love to the world through the ancient and nearly universal symbol of marriage,” she wrote in her “On The J-LO” newsletter.

“In the end it was the best possible wedding we could have imagined,” Lopez said at the time. “One we dreamed of long ago and one made real (in the eyes of the state, Las Vegas, a pink convertible and one another) at very, very long last.” She signed the blogpost as Mrs. Jennifer Lynn Lopez.

After their Las Vegas wedding, the couple celebrated their love in Paris. Fans spotted them getting dinner, holding hands throughout the city, and riding boats.

Bennifer famously began dating in 2002, and got engaged soon after (remember that gorgeous pink diamond?). They canceled their wedding in September 2003, and ultimately called off the engagement in early 2004. Since then, both stars had romantic relationships with others.

Almost 20 years later, the pair rekindled their love after Affleck and Ana de Armas broke up, and J.Lo ended her engagement with Alex Rodriguez. After rumors of them talking again and spending time together, Bennifer 2.0 started dating again in 2021, and got engaged in April 2022.

“I was smiling so big and tears were coming down my face, feeling so incredibly happy and whole,” J.Lo blogged after their engagement. “It was nothing fancy at all, but it was the most romantic thing I could’ve ever imagined ... just a quiet Saturday night at home, two people promising to always be there for each other.” Within a few weeks, they were Mr. and Mrs. Affleck.

More like this
Jennifer Lopez Calls Moving In With Ben Affleck's Family An “Emotional Transition”
By Alyssa Lapid
Jennifer Coolidge Recites “Jenny From The Block” Beside J.Lo In Her First TikTok
By Jake Viswanath
Hannah Ann Got Engaged 3 Years After 'The Bachelor' & The Proposal Was Dreamy
By Grace Wehniainen
Paris Hilton & Carter Reum’s Relationship Timeline Includes A Surprise Baby Boy
By Bustle Editors
Get Even More From Bustle — Sign Up For The Newsletter
From hair trends to relationship advice, our daily newsletter has everything you need to sound like a person who’s on TikTok, even if you aren’t.