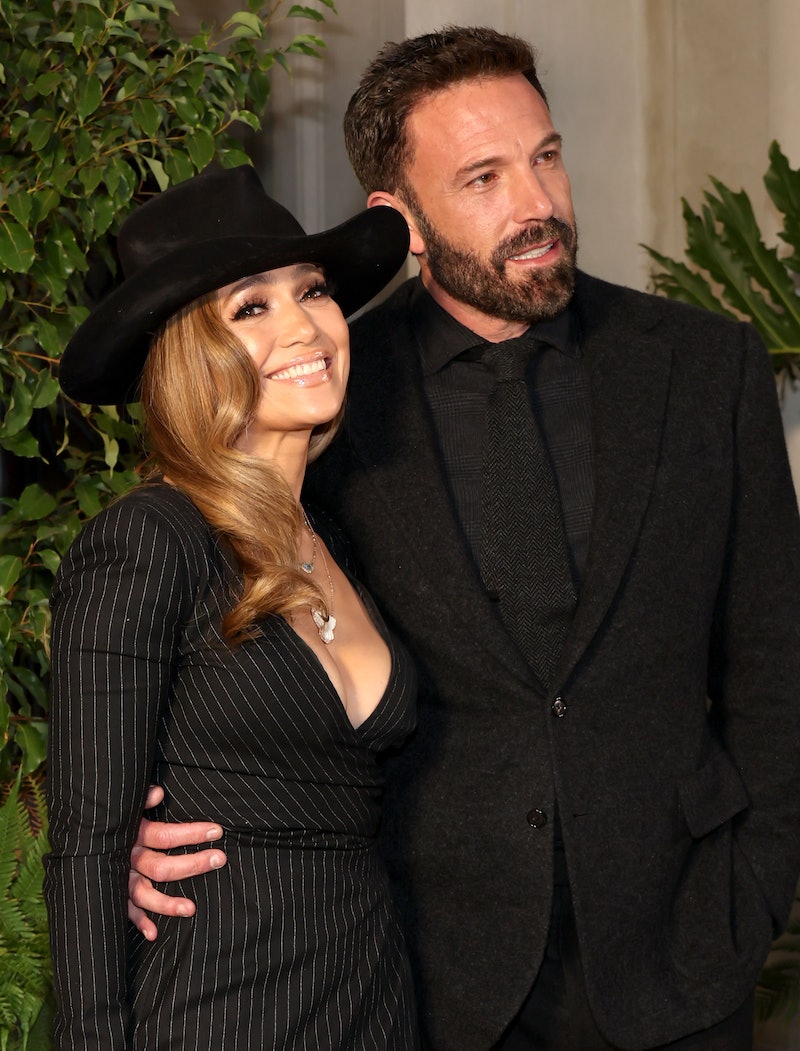 Since Jennifer Lopez and Ben Affleck rekindled their romance, aka Bennifer 2.0, nothing could keep them from making their relationship work the second time around, from getting married (twice!) to blending their families. Lopez even occasionally posts about their kids — her twins with ex-husband Marc Anthony, Max and Emme, 14, and Affleck’s kids with ex-wife Jennifer Garner, Violet, 17, Seraphina, 14, and Samuel, 10 — proving they’re one big happy family.

But on Jan. 17, while Lopez and Josh Duhamel were doing press for her new film Shotgun Wedding, she revealed that blending their families has been an emotional process. “We moved in together. The kids moved in together,” the “Waiting For Tonight” singer shared in an appearance on Today.

“It’s been, like, a really kind of emotional transition,” she added. Though the Hustlers star didn’t elaborate on the emotional toll moving in together has been taking, she did share that it’s paid off. “But at the same time all your dreams coming true. And it’s just been a phenomenal year. Like, my best year I think since my kids were born.”

Lopez and Affleck first said their “I dos” in Las Vegas in July 2022, three months after he popped the question in April. The couple then threw a second wedding — a three-day shindig for their closest friends — at Affleck’s 87-acre compound in Hampton Island Preserve in Georgia a month later. Per an Us Weekly report, a source said Affleck “made an impassioned speech professing his love for Jennifer and her kids” during their August nuptials.

Referencing the time they called off their engagement in 2004 when they first dated in the early aughts, Affleck added that there are no regrets as to how things played out. He reportedly said, “The children are the blessing and gift that happened because they didn’t get married before, and that is proof that everything happens for a reason.”

More like this
Michael B. Jordan Tackled His "Public Breakup" With Lori Harvey On 'SNL'
By Brad Witter
Who Is Pete Davidson Dating? He & Chase Sui Wonders Got Caught Kissing
By Jake Viswanath
Bennifer's Relationship Timeline Now Includes A Grammy Date Night
By Jake Viswanath
RHOP’s Robyn Dixon Explained Why Juan Paid For Another Woman's Hotel Room
By Brad Witter
Get Even More From Bustle — Sign Up For The Newsletter
From hair trends to relationship advice, our daily newsletter has everything you need to sound like a person who’s on TikTok, even if you aren’t.