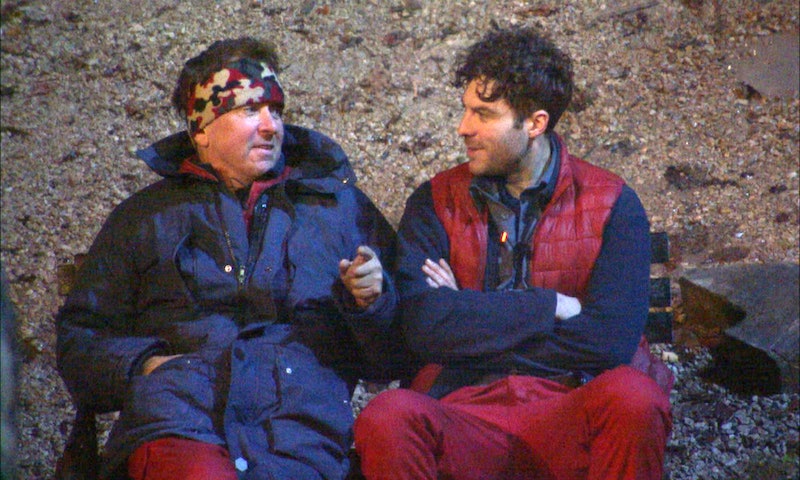 While the celebrities on ITV's I'm A Celebrity Get Me Out Of Here might be willing to do all kinds of extreme challenges for the nation’s entertainment, it doesn't mean they necessarily want to share all their personal secrets with the public. In fact, it's been revealed that this year's I’m A Celebrity cohort – who spent the series in a castle in Wales – had a very unique way of keeping their conversations private, with a loophole that guaranteed certain chats would not be broadcast to millions of viewers.

The information was revealed by 2020's runner-up, Jordan North, in a conversation with fellow presenter Greg James on his Radio 1 breakfast show. Speaking about his experience on the reality show, the 30-year-old said: "If we were having a conversation that we didn't want on air, we'd get someone in the background to sing 'I Want To Break Free' or 'Hey Jude'."

North, who came second to podcaster and author Giovanna Fletcher (who's married to Tom from McFly), went on to explain that before entering the house the contestants were told not to sing any songs by Queen, Disney, or The Beatles. As ITV didn't have the rights to the songs they would be unable to air any footage featuring tracks by these artists.

Of course, the celebs took no notice of this request. It gave them the perfect cover to gossip away, safe in the knowledge that these conversations wouldn't be shown on TV, as long as one of them was singing loudly enough in the background.

North also revealed that audiences don’t see half of what goes down in those gruelling trials. From the first episode, viewers saw North having to face his fears – usually accompanied by bouts of panic, as he repeated the mantra "happy place, happy place" to try to calm himself down. But what we didn't see was quite how long this took. “So, I'm in this coffin full of snakes," recounts North to James, "and people didn't know, but it actually took me an hour to get into that coffin."

Both on and off-screen, celebrities often become masters of finding ways to maintain a level of privacy in the public eye. Daniel Radcliffe recently admitted in an interview with Youtube's Hot Ones that he would wear the same outfit every day while performing at the Old Vic to avoid paparazzi. While back in 2017, Celebrity Big Brother contestant Jasmine Waltz went one step further, and got into trouble with producers after frying her microphone to avoid them airing her chats.