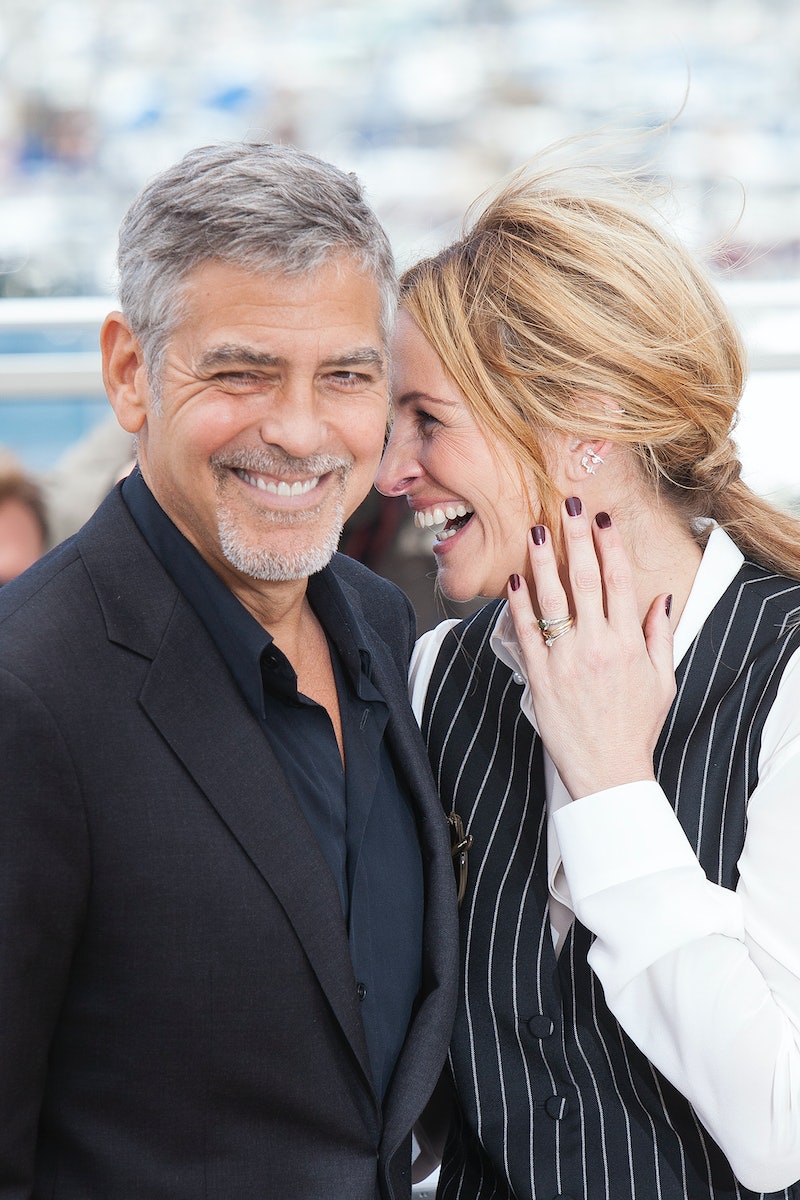 Despite how much we love the chaos of, say, Kim Kardashian and Pete Davidson, or the nostalgic intrigue of Bennifer Part 2, some of the best Hollywood relationships aren’t romantic at all. Case in point? Julia Roberts and George Clooney’s long-standing bond. Since meeting on the set of Ocean’s Eleven more than 20 years ago, they’ve collaborated on a total of four movies (with a fifth on the way), delighting fans on many a press tour with talk of marriage advice, growing families, and their ever-present chemistry.

The pair’s latest display of A-list friendship took place on Jimmy Kimmel Live! on Thursday, Dec. 16 — except this time, they weren’t even supposed to be promoting anything together. Such is Roberts’ power that she showed up anyway. As Clooney talked with Kimmel and 10-year-old Daniel Ranieri (whom Clooney recently directed in The Tender Bar), Roberts slowly, silently slid into the frame of his virtual interview on a rolling office chair. Chic and enigmatic in a pair of sunglasses, she came and went without saying a word. (As Ronan Keating croons on the Notting Hill soundtrack, “She says it best when she says nothing at all.”)

“Holy moly. George. George... I don’t know if you’re aware of this, but ... there’s a woman sitting next to you,” Kimmel told Clooney as the pair of Oscar winners sat stone-faced for a good 20 seconds. “Maybe I hallucinated that, I don’t know. Wow, it sure looked like Julia Roberts, though.”

So, why did Roberts crash the interview? (Not that anyone’s complaining, of course.) Though it would be super plausible that the friends were just casually hanging out, there’s actually a very good reason they video-conferenced in together. They seem to be in Australia, where they’re filming their next project — this time around, a rom-com called Ticket to Paradise. Out next year, Variety reports that the pair will play “exes who find themselves on a shared mission to stop their lovestruck daughter from repeating their past mistakes.” Co-written and directed by Ol Parker of Mamma Mia! Here We Go Again fame, it’s already shaping up to be a must-see.

The rest of Clooney and Ranieri’s interview was just as fun to watch as the part with Roberts was. The trio fondly joked about the time the late-night host promised Ranieri a PlayStation 5 that took months to actually arrive and even laughed about how Clooney is known to give his friends “briefcases full of $1 million.” Clooney also showed his support for Roberts once again, agreeing with Kimmel that his young co-worker will love Pretty Woman whenever he finally gets to watch it.

More like this
How Ncuti Gatwa's 'Doctor Who' Casting Impacts His 'Sex Education' Future
By Nola Ojomu
Elizabeth Olsen’s ‘SNL’ Cameo Made Benedict Cumberbatch A Multiverse Believer
By Grace Wehniainen
'Doctor Strange 2' Star Benedict Cumberbatch’s Net Worth Is Not An Illusion
By Hugh McIntyre
What Is Barack Obama’s Net Worth? He Makes *Way* More Now As An Ex-President
By Hugh McIntyre
Get Even More From Bustle — Sign Up For The Newsletter