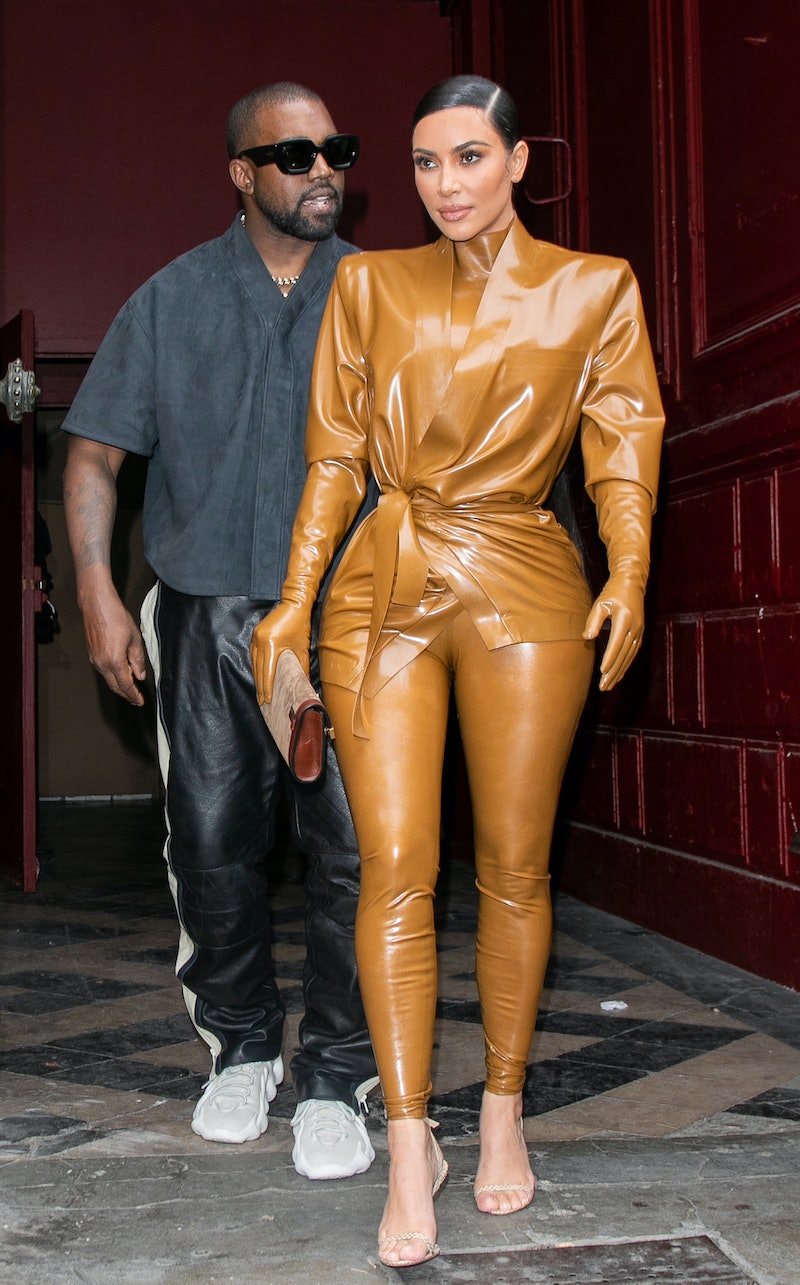 Kim Kardashian and Kanye West might be getting much closer, very soon — not as a couple this time, but in a new kind of relationship: as neighbors. According to a report from the Daily Mail, West bought a $4.5 million home across the street from his ex in the Hidden Hills region of Los Angeles County. Even though West’s new home has five bedrooms, a pool, and horse stable, it “is in need of major renovation,” per the Dec. 27 report. The Daily Mail also notes that the musician paid “$421,000 over the listed price” so that his offer wouldn’t be outbid — further illustrating just how important this particular address was to West.

During their ongoing divorce, Kardashian and West have reportedly been “co-parenting successfully” and “have been supportive of each other,” as a source told Entertainment Tonight in July. But this hasn’t stopped West from speaking out against the divorce on several very public occasions. Over Thanksgiving, for example, he spoke at the Los Angeles Mission about his desire to “change the narrative” re: the split. “When God brings Kimye together, there’s going to be millions of families that are going to be influenced to see that they can overcome the work of the separation,” he said.

For her part, though, Kardashian seems more eager than ever to make the separation official. The reality mogul (and budding lawyer) recently filed “to be declared legally single” — that is, to change her name and marital status even as child custody and property matters are still being deliberated, per ET. Kardashian hasn’t spoken about her reported new neighbor situation, but Keeping Up with the Kardashians fans might already have an idea about how she feels.

Distance (or lack thereof) has been a long-running point of contention for the couple and was even discussed during the KUWTK series finale this summer. “After turning 40 this year, I realized like, no, I don’t want a husband that lives in a completely different state,” Kardashian told her mom, Kris Jenner, apparently referencing West’s home in Wyoming. “To me, I thought, ‘Oh my god, that’s when we’re getting along the best.’ But then that is sad to me.”

Maybe proximity didn’t work well for Kardashian and West as a couple, but here’s hoping it makes their co-parenting arrangement a little easier.

More like this
Kim Kardashian Gives “Bucket List Dream” Lecture At Harvard
By Alyssa Lapid
Everything You Need To Know About Kanye's Post-Kardashian Dating Life
By Bustle Editors
Kim Kardashian & Kylie Jenner Squabble Over Skims On Instagram
By Alyssa Lapid
Khloé Kardashian Writes Touching Instagram Tribute To Tristan Thompson’s Mother
By Alyssa Lapid
Get Even More From Bustle — Sign Up For The Newsletter
From hair trends to relationship advice, our daily newsletter has everything you need to sound like a person who’s on TikTok, even if you aren’t.