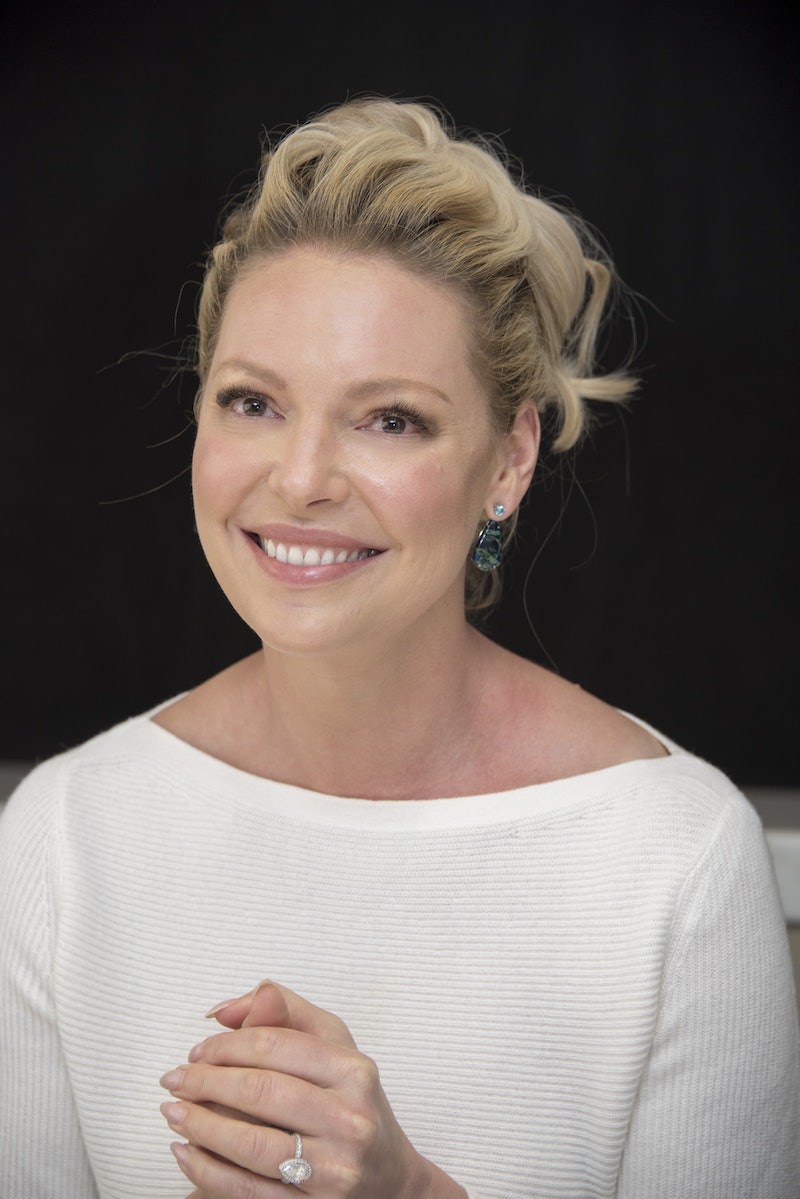 As the International Alliance of Theatrical Stage Employees prepares for a strike vote in light of “grievous” workplace conditions and pay, several famous actors have spoken out in support of the entertainment union’s demands — including Kerry Washington, Danny DeVito, and Katherine Heigl. On Sept. 24, the Grey’s Anatomy alum took to social media to pointedly reflect on her 31 years in the industry, including on the hit medical drama, and join the call for change.

“The crews I’ve worked with all these many many years have been just as instrumental in making me who I am as anything else lasting and important in my life,” Heigl wrote. “They have been family in that way and I have always and will always continue to support and stand by them.”

In her post, Heigl acknowledged that public perception used to discourage her from using her voice — especially after comments she made during her Grey’s days made it seem as though she was “biting the hand that fed [her].”

“When I first spoke up I was speaking on behalf of myself and my crew on Grey’s,” Heigl wrote. “Today things are a little different for me. I am in the fortunate position of being able to say no. To turn down a job if it requires more [than] I can bear. And in all honesty… I’ve kind of aged out of giving a sh*t if I piss people off by creating boundaries that protect my health, sanity and work.”

The Firefly Lane star seemed to be referencing a 2009 David Letterman interview in which she called out the show’s long production days. “It was — I’m going to keep saying this, ’cause I hope it embarrasses them — a 17-hour day,” Heigl said of her first day filming Season 6, “which I think is cruel and mean.”

Today, Heigl once again emphasized that she’s speaking up on behalf of workers, not herself — and doing so “with zero hesitation or regret.”

“When production plows into hour 14 and beyond they are asking our crews to drive themselves home bone tired,” she wrote. “The number of people who have fallen asleep at the wheel is staggering. The number of accidents that happen on set due to exhaustion are shocking. Illness both mental and physical is off the charts. There is nothing glamorous or sexy about working past the point of exhaustion.”

Heigl’s statement that long days “should NO longer be tolerated,” highlights one of the IATSE’s key concerns. Per the union’s website, several of the biggest problems faced by production workers include “excessively unsafe and harmful working hours, unlivable wages for the lowest paid crafts,” a lack of “reasonable rest,” and low pay on “new media” projects, “even on productions with budgets that rival or exceed those of traditionally released blockbusters.”

As for Heigl potentially returning to Grey Sloan sometime in the future, don’t rule it out altogether — earlier this year, she told E! that she’d “never say never” to the possibility of an Izzie Stevens comeback.

More like this
'Cheers' Stars Pay Tribute To Kirstie Alley After Her Death To Cancer At 71
By Jake Viswanath
17 Photos Of The 'Wednesday' Cast Vs. The 1991 'Addams Family' Cast
By Grace Wehniainen
Is Blake Lively Or Penn Badgley The Richest 'Gossip Girl' Star From The OG Series?
By Hugh McIntyre
Theo James Revealed The Truth About His 'White Lotus' Nude Scene & Fans Can't Cope
By Stephanie Topacio Long
Get Even More From Bustle — Sign Up For The Newsletter