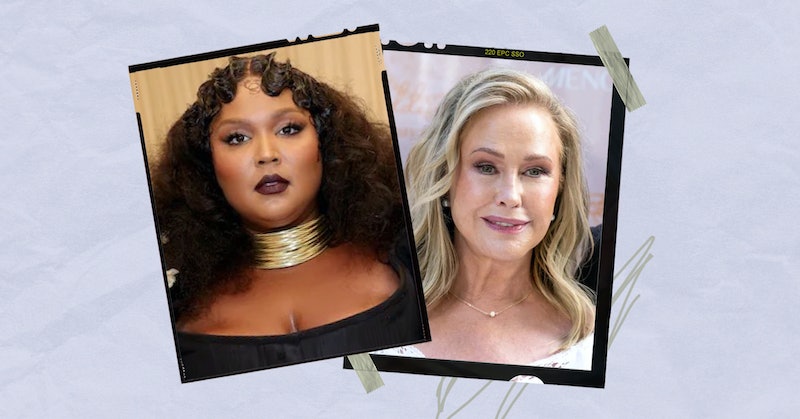 Kathy Hilton gets many people confused on The Real Housewives of Beverly Hills, but none of those instances have been nearly as awkward as this. Paris Hilton’s mother seemingly confused Lizzo for Precious star Gabourey Sidibe during the Aug. 10 episode of Watch What Happens Live with Andy Cohen, and Twitter isn’t happy about it.

The 63-year-old reality star made the flub while playing a game, “Will Kathy Know Them?” in which Cohen displayed photos of celebrities and Hilton’s RHOBH co-star Crystal Kung Minkoff had to guess whether she’d know the star’s name. Minkoff predicted she would recognize the 33-year-old singer. “I feel like I do,” Hilton responded in agreement, squinting her eyes at Lizzo’s photo. Evidently, she didn’t, blurting out “Precious?” instead, seemingly in reference to Sidibe’s famous character from the 2009 movie of the same name.

Immediately, the whole audience started awkwardly gasping and giggling, unsure whether to laugh. Minkoff tried her best to ease the tension by jokingly saying, “She is precious, though. Lizzo is precious.” Hilton played along, seemingly unfazed by confusing the two Black women. “That’s what I call her! Her nickname is ‘Precious,’ to me,” she said. But Cohen kept his face shielded with his cue card, wanting absolutely nothing to do with it.

In response to the viral mishap, Hilton tried to explain the situation by blaming her vision:

While some speculated that Hilton could have been referring to model Precious Lee, most viewers saw it as her confusing Lizzo with Sidibe, who played the title role in the Oscar-nominated film. Many Twitter users criticized Hilton for confusing the two Black women, including E! host Nina Parker, who wrote, “Black women are not here to be the butt of your jokes.”

Some viewers also saw Hilton’s remarks as a genuine mistake, given her history of not knowing people’s names. She had no clue who Ryan Reynolds or Justin Timberlake were during Cohen’s game, and on that night’s episode of RHOBH, she failed to recognize singer Melissa Etheridge, who appeared as a special guest performer at her castmate Dorit Kemsley’s charity dinner. On Season 12, she even confused Garcelle Beauvais, the show’s first Black Housewife, for her own sister Kyle Richards.

Lizzo and Sidibe have yet to respond to the blunder.

This article was originally published on Aug. 11, 2022