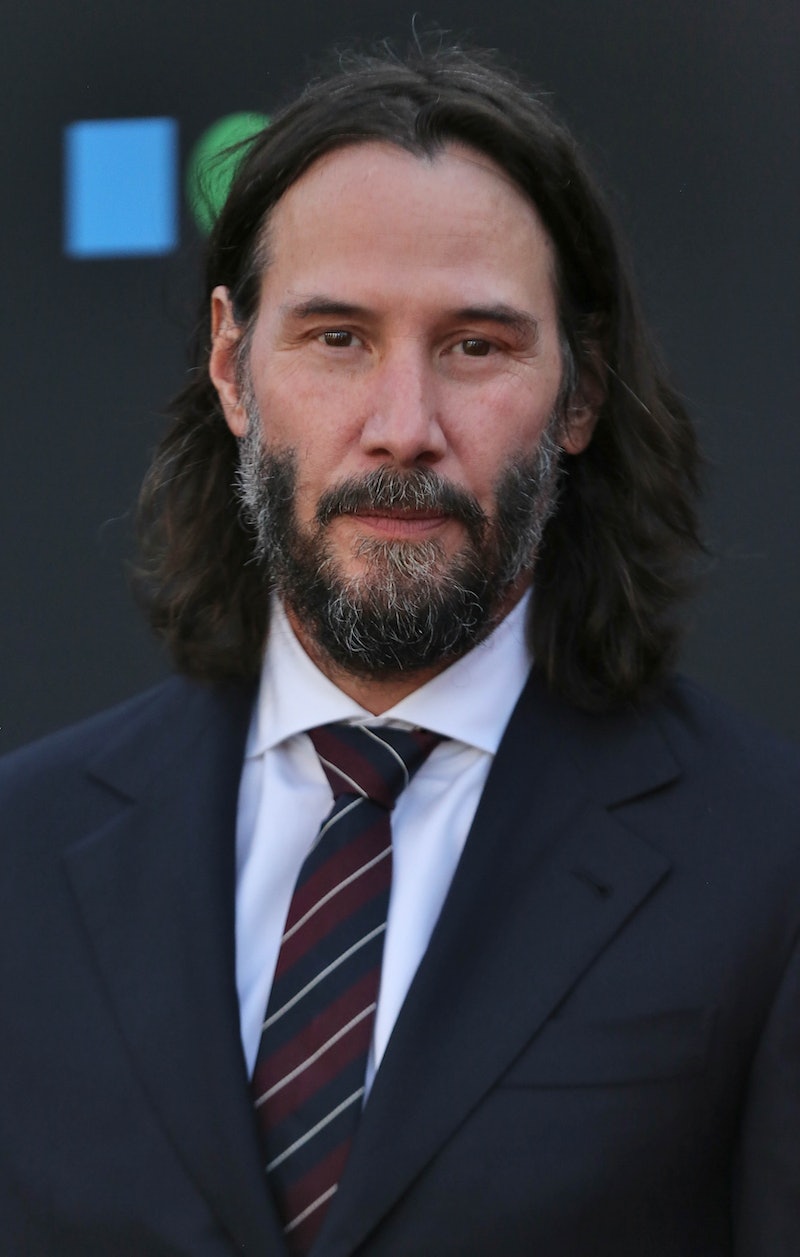 You probably already had your (well-founded) suspicions that Keanu Reeves is a very good guy — but just in case you needed one more reason to believe, a viral Twitter thread has you covered. As TV producer Andrew Kimmel first wrote in a July 4 tweet, the Matrix star was on his flight from London to New York. At baggage claim, Reeves was approached for an autograph by a young fan — and not only did he oblige, he also got into a lengthy conversation with the boy, too.

According to Kimmel, Reeves “happily responded” to the fan’s questions about his trip — from what he was doing in London (apparently filming a Formula 1 documentary series), to his plans for his trip to New York (seeing American Buffalo on Broadway).

“By this time the kid was running out of questions,” Kimmel wrote, and Reeves volleyed back a few of his own: “Why were you in Europe? What galleries did you go to in Paris? What was your favorite?”

Kimmel — who admitted he “geeked out a little and asked for a photo,” too — went on to praise Reeves’ kind disposition.

“The man could not have been nicer, especially after an international flight,” Kimmel wrote. (As CNBC reports, the holiday weekend saw the delay of more than 12,000 flights — and the cancelation of more than 1,100 — so chances are it wasn’t the most relaxing time to be at the airport.) “I thought I’d share this because the dude is a class act and little moments like this can make such a big difference in people’s lives. We need more Keanus!”

It’s only the latest story of Reeves being kind to strangers — of which there’s a long (and super sweet) track record. Last year, personal trainer Patrick Murphy recalled working with Reeves on John Wick 3 in New York. “It could take 30 minutes to cover a three-minute journey from his apartment to the gym because he couldn’t say no to fans asking for a photo,” Murphy told Esquire. “He’d even let fans walk with him, share their ideas, and talk about movies. One day, an autistic boy jumped on him from behind and KR turned rapidly and realized the situation. The mother was apologetic, but KR embraced and calmed the boy immediately, signed memorabilia, and had a beautiful chat and photo with him.”

And well before she was an Oscar-winning actor, Octavia Spencer was once rescued by Reeves when her car broke down in Los Angeles. “No one would help me because my car was so dirty,” she revealed on The Meredith Vieira Show. “Until Keanu Reeves ... he was on a motorcycle and he had his little motorcycle helmet, and sunglasses, and he was like,” — cue Spencer’s spot-on impression — “‘Hey, you need some help?’” The Ma star said Reeves pushed her car to safety. Now, she said, she watches all of his movies every opening weekend.

More like this
The 2023 Super Bowl Commercials Feature A 'Breaking Bad' Reunion & Missy Elliott
By Alyssa Lapid
Taylor Lautner Copped To Finding Jacob "A Little Annoying" In Twilight
By Stephanie Topacio Long
'Bachelorette' Vet Clare Crawley Revealed Her Stunning Wedding Photos
By Stephanie Topacio Long
James Cameron May Come To Regret His 'Titanic' Door Experiment
By Stephanie Topacio Long
Get Even More From Bustle — Sign Up For The Newsletter
From hair trends to relationship advice, our daily newsletter has everything you need to sound like a person who’s on TikTok, even if you aren’t.