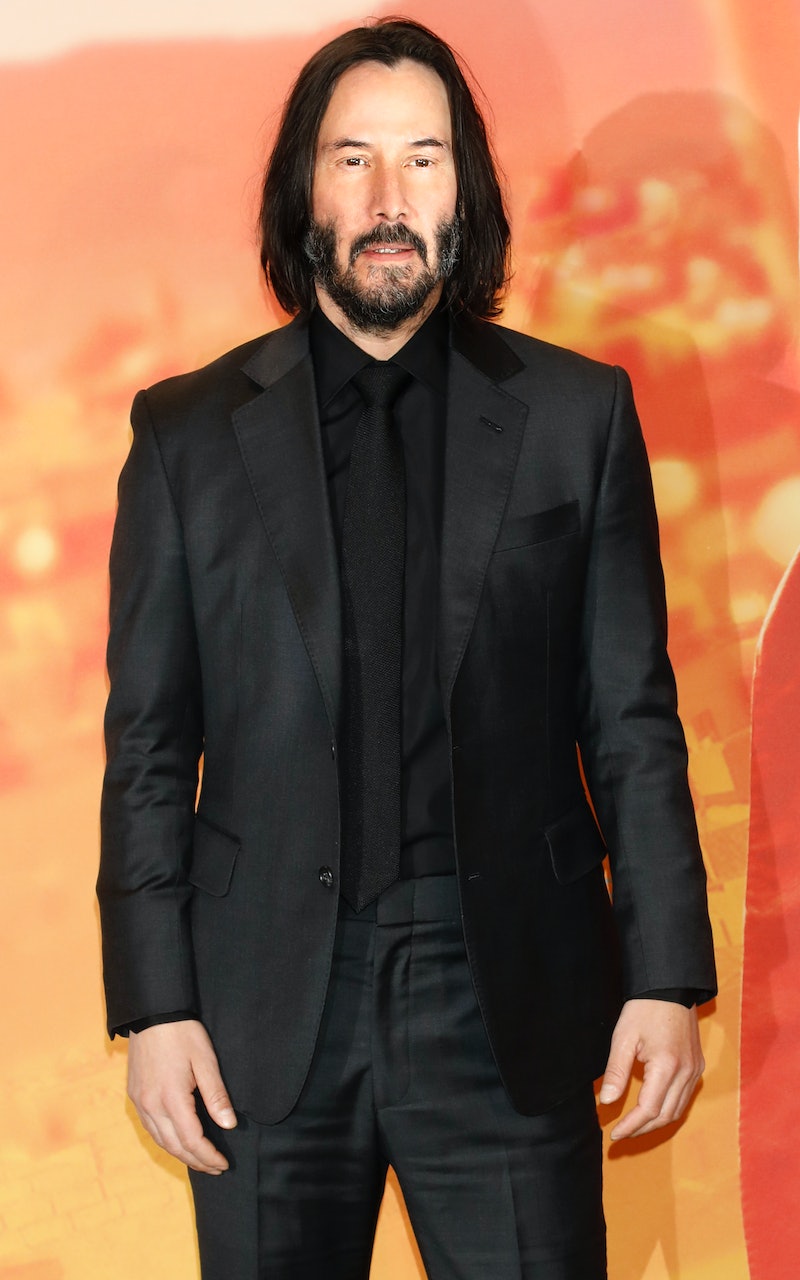 We do not deserve Keanu Reeves, certified nice guy and high-profile celeb. Throughout his decades-long career, his selfless, down-to-earth deeds have made fans swoon. Whether he’s buying dessert just to have a piece of paper to autograph for a fan or giving up his seat on the subway, Reeves has always seemed beyond the trappings of fame and Hollywood. Maybe that’s why everyone from Sandra Bullock to Kris Jenner had a crush on him at some point.

Onscreen, however, Reeves made a career out of being a tough guy. He’s been in fast-paced chases (Speed), gone undercover in sting operations (Point Break), and thrice played a hitman with a conscience (the John Wick movies). But it was his turn as hacker-turned-rebel Neo in the revolutionary 1999 dystopian film The Matrix — and its following installments — that cemented his mega-star status. After 18 years, Reeves finally donned his iconic full-length coat once again to reprise his role in The Matrix Resurrections, the fourth film in the franchise, out on Dec. 22.

If you can’t get enough of the actor after watching his sci-fi comeback, here are some of Keanu Reeves’ best movies, including a few romantic options and a sports dramedy.

More like this
The 'Scream 6' Trailer Shows Off Hayden Panettiere's Return & Ghostface In NYC
By Jack Irvin and Jake Viswanath
'Friends' Star Maggie Wheeler Offers Support To Matthew Perry After Reading His Memoir
By Alyssa Lapid
Anne Hathaway Shared A "Thrilling" 'Princess Diaries 3' Update
By Darshita Goyal
At 28, Rosie Perez Risked Her Career To Stop Playing Stereotypes
By Gabrielle Bondi
Get Even More From Bustle — Sign Up For The Newsletter
From hair trends to relationship advice, our daily newsletter has everything you need to sound like a person who’s on TikTok, even if you aren’t.