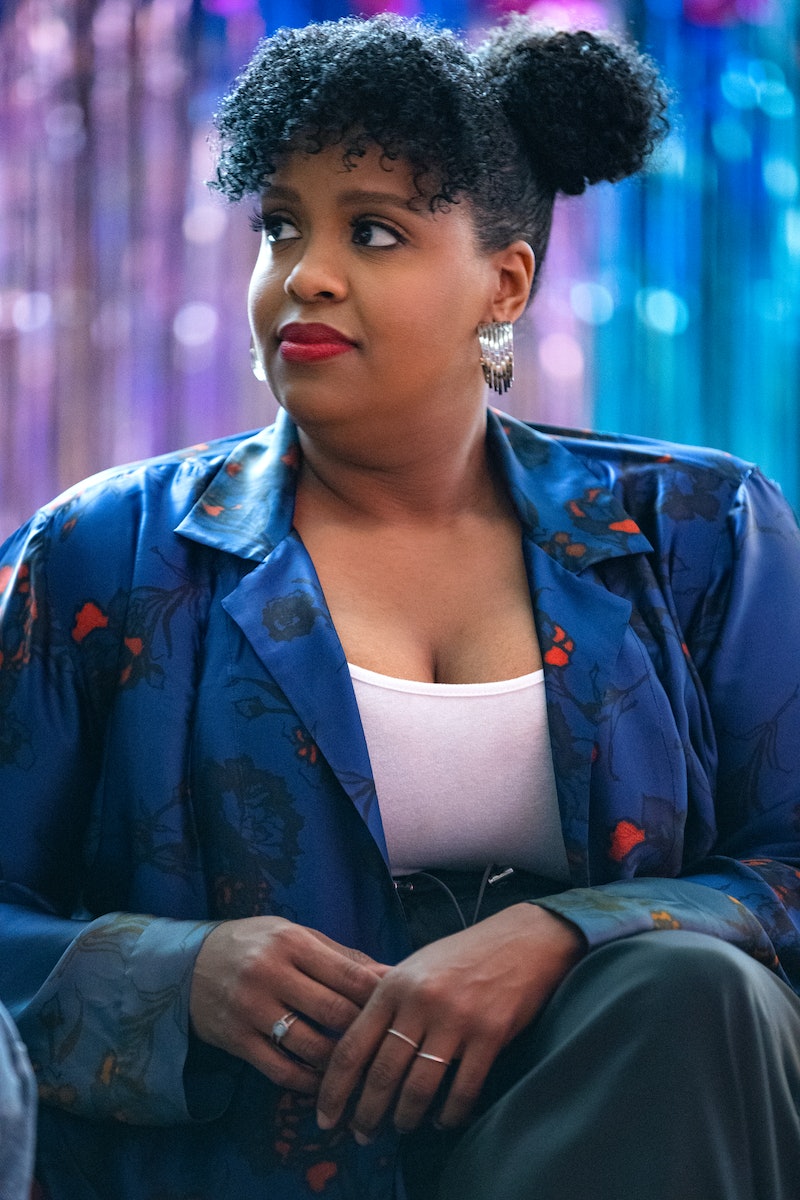 Kelli Prenny is way more than Insecure’s de facto “funny friend.” In fact, actor Natasha Rothwell even thinks the scene-stealing character she’s played over the course of the HBO series’ five seasons is the “most together” friend in her circle, which includes Issa Dee (Issa Rae), Molly Carter (Yvonne Orji), and Tiffany DuBois (Amanda Seales). “She doesn’t have boy drama or work drama, she’s happy, she’s figured out her life, she’s figured out balance, she can turn up and turn in a sales report,” Rothwell recently explained to Bustle. “She’s got it pretty figured out.”

Now that Insecure has ended with Season 5, fans are already campaigning for a Kelli-centric spinoff, to which Rothwell teases, “Never say never.” It also helps that the star, who’s served as a writer, producer, and director on the show, adores Kelli as much as fans do: “I’ve loved living in her body for the last five seasons, and I’m a better person for it. Her courage and bravery and irreverence and self-confidence and never once in her entire existence doubting her worth or her value or the importance of her voice, that sh*t rubs off on you when you do that for five seasons.”

If you’re having as difficult of a time saying goodbye to the fiercely loyal, sex-positive, and, yes, absolutely hilarious character, revisit Kelli’s most memorable Insecure scenes and quotes below.

1. When She Got Tased At Coachella

During a Season 3 trip to Coachella (aka Beychella), Kelli, Issa, Molly, and Tiffany decided to enhance their music festival experience with some MDMA. Right before Beyoncé took the stage, however, security kicked Kelli and co. out of the concert for starting a fight with “the whites in the field” who stole the crew’s reserved viewing spot, blocked their view, and then disrespectfully popped off at the mouth. Outside the gates, Kelli heard Beyoncé take the stage and attempted to bum-rush her way back inside — before a security guard swiftly tased her.

After falling to the ground face-down and peeing herself, Kelli hilariously delivered one of her iconic one-liners: “Remember me different!”

2. When She Committed To A British Accent

Because she faked a British accent when she met new “beau” Darnell (rapper Aminé), she really had to commit to the ruse during Issa’s Season 4 block party. Kelli almost pulled it off — to hilarious effect, naturally — until a suspected gunshot sent her running and shouting, sans accent. After Darnell asked what happened to her British accent, she admitted, “N*gga, I’m from Philly!” and continued her swift escape.

3. When She Praised Issa’s “Growth”

In the Season 3 party scene that launched 1,000 GIFs, Kelli told Issa, “You know what that is? Growth.” From the wide-eyed, matter-of-fact delivery to her sprouting-plant hand gesture, the relatable sentiment even resonated with those who didn’t watch the show. No one else could have done it quite like her.

4. When She Got Real About Issa’s Finances

Back in Season 2, cash-strapped Issa had yet to secure the bag (to say the least) and Kelli had to give her friend some tough love about her credit score. “The basic credit tiers are: excellent, good, poor, bad,” she said before gesturing even lower and adding, “This Issa. It’s all the way at the bottom.” Between Kelli’s supportive “ayy” chanting quickly turning into nuh-uhs, her facial expressions, and impeccable comedic timing, the character illustrated that ride-or-die sometimes means telling it like it is.

5. When She Made A Punny “Locked Up” Joke

In Season 2, Kelli joked that she feels like Robin Hood for making sure her white accounting clients get less on their tax returns as a form of reparations. “Real talk: Don’t tell nobody because I’m gonna go to full jail,” she told Tiffany. “You ever seen Locked Up Abroad? They gon’ lock a broad up.” Cue another facial expression that spawned another of the most-used Insecure GIFs.

6. When She Wore A B.A.P.S. Halloween Costume

Dressed as Halle Berry’s B.A.P.S. character, Nisi, for Tiffany’s Season 4 Halloween party, Kelli provided endless comedic relief as she struggled to move in the tight pleather outfit, sky-high wig, and even questioned how she’d wipe herself in the bathroom with her long fake nails. As if that wasn’t enough, she threw in a quip about “Asian Bae” Andrew’s (Alexander Hodge) “samurai dick” and another about wanting to date a “mime with a big dick.” She even said to herself in an aside, “I got to find a circus.”

Yes, there was an immediate joke about trying out other identities and a Stanky Legg performance, but the best thing to come out of Kelli’s mistaken inclusion in her college’s 10-year reunion In Memoriam video in Season 5 is the journey of self-discovery that followed. She quit drinking, found her voice with her Prenny’s Preguntas podcast, and really worked toward a legacy outside of just making her friends laugh.

“We see that sort of introspection and what she finds,” Rothwell also told Bustle, ahead of the Insecure series finale. “I think it causes her to see the world a lot bigger than she might have seen it before. You’ll definitely see her perspective shift.”

You know what that is? Growth.

More like this
Here’s What Happens To Bill & Frank In 'The Last Of Us' Video Game
By Brad Witter
The 8 Best Aidan Shaw Moments On 'Sex And The City'
By Grace Wehniainen
The 'Gossip Girl' Reboot Creator Is “Looking For A New Home” To Air A Potential Season 3
By Brad Witter
'The Last Of Us' Video Game Revealed Tess’ Fate In The HBO Series
By Brad Witter
Get Even More From Bustle — Sign Up For The Newsletter
From hair trends to relationship advice, our daily newsletter has everything you need to sound like a person who’s on TikTok, even if you aren’t.