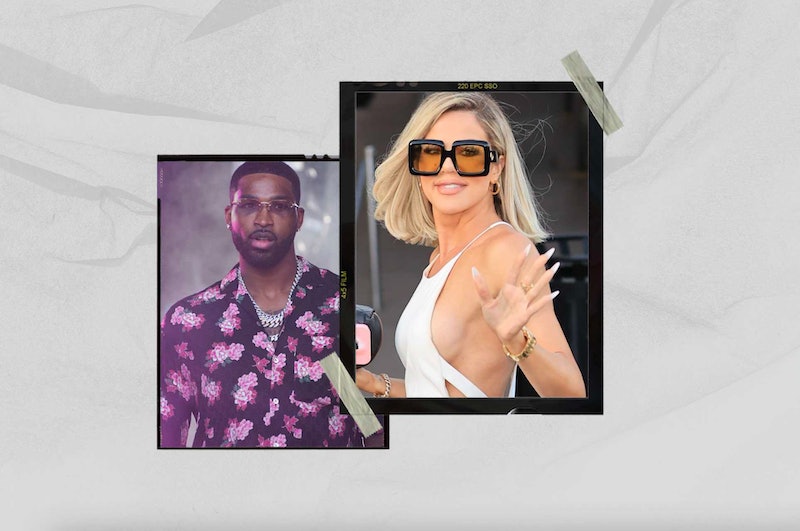 Khloé Kardashian’s family is expanding. The 38-year-old mother is welcoming another baby with ex-boyfriend Tristan Thompson via surrogate, as first reported by TMZ on July 13. This marks the second child for Kardashian, who also shares 4-year-old daughter True Thompson with her ex. Bustle confirmed the pregnancy with Kardashian’s representative, who added that True’s sibling was conceived in November. “Khloe is incredibly grateful to the extraordinary surrogate for such a beautiful blessing,” her rep said in the statement to Bustle. “We’d like to ask for kindness and privacy so that Khloe can focus on her family.”

According to TMZ, the birth is “imminent” and the baby will arrive within days or may have already been born in the “last day or so.” Kardashian and Thompson split in December 2021 after the NBA player admitted to sleeping with Maralee Nichols in March 2021, while he was still dating Kardashian, in response to a paternity lawsuit filed against him.

A source close to the former couple told Bustle that the baby was conceived via surrogate before Kardashian found out Thompson was having a baby with someone else. The same source added that they only speak to each other for co-parenting matters and that Kardashian and Thompson are not a couple again.

In January, DNA test results confirmed that Thompson fathered Nichols’ child, and he apologized to Kardashian on his Instagram Story. “Khloé, you don’t deserve this,” he said. “You don’t deserve the heartache and humiliation I have caused you. You don’t deserve the way I have treated you over the years. My actions certainly have not lined up with the way I view you. I have the utmost respect and love for you. Regardless of what you may think. Again, I am so incredibly sorry.”

The first season of The Kardashians ended with the Good American founder finding out about Nichols’ lawsuit and declaring that she was done with Thompson for good. “It’s humiliating. I’m embarrassed,” she said on the season finale, which aired on June 16. “I’m replaying every event, every grand gesture ... it was all a lie.” Kardashian never revealed a plan to have another child via surrogate on the show, nor is it teased in the Season 2 trailer, but Thompson was seen on camera with her and True before the split. Most recently, the two were seen out together with True to celebrate Father’s Day.

Kardashian has been open about her desire to have another child, revealing on The Ellen DeGeneres Show in March 2021 that she had frozen her embryos and undergone IVF treatments. “My plan was to have kids closer in age,” she said. “But now with COVID and everything, my plan’s been a little delayed. I definitely do want more kids. I have so many brothers and sisters. I think it’s such a blessing — especially during these times — to have a family member or people that you can play with and rely on and just have a buddy through life.”