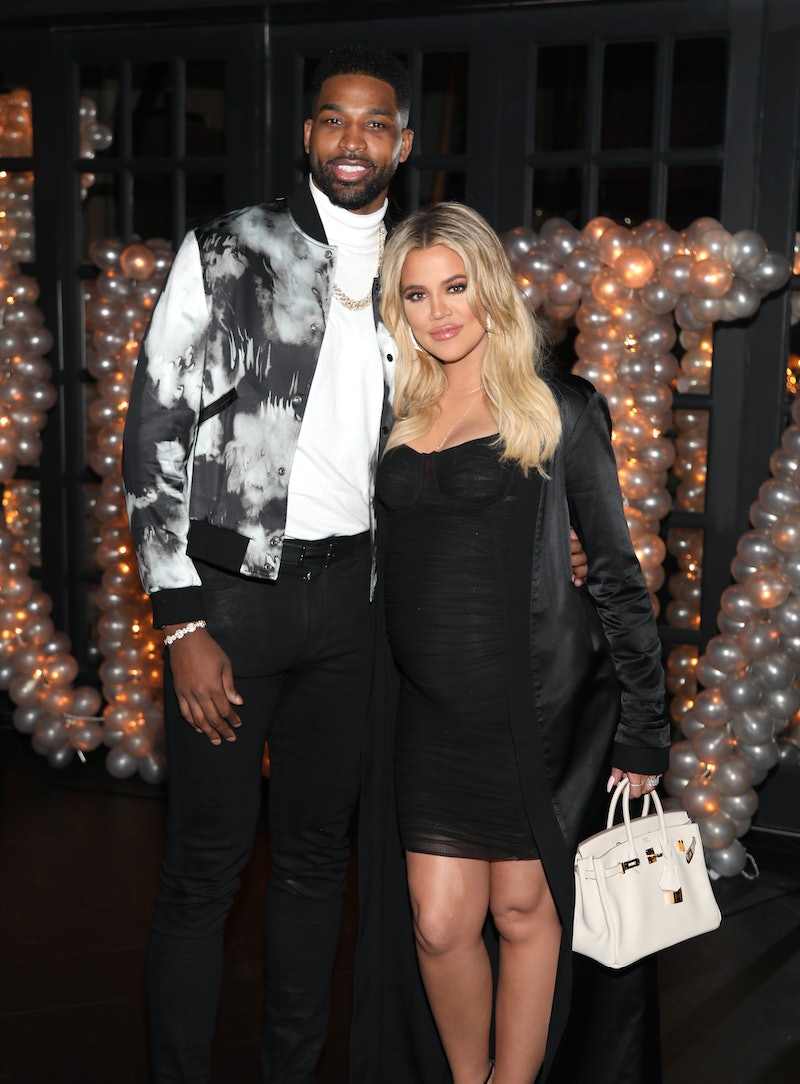 Keeping Up With the Kardashians might be over, but there’s still a ton of keeping up to do when it comes to Khloé Kardashian and Tristan Thompson’s relationship. According to In Touch Weekly, the Good American founder and the NBA player are back together following their brief split in June. “It may not be the most ideal situation because of her trust issues, but she’s desperate to make it work and he’s once again promised to do better,” a source told the magazine.

Despite Kardashian and Thompson’s recent breakup, the insider said that they are “far from over.” “Khloé wants Tristan in True’s life and she’s still holding out hope for that second child,” the source revealed. According to another one of the magazine’s insiders, Thompson promised the reality star that “things would be different this time” and that “he signed with the Sacramento Kings to be closer to her and True, and be a proper family and she believes him.”

The insider said it took him a lot of groveling, which included “piling on the compliments, saying how pretty she is, and surprising her with expensive gifts.” The source also said that Kardashian “has fallen for him all over again.” Bustle reached out to her rep for comment and will update this story if we receive a response.

Kardashian reportedly split with Thompson two months ago after he was spotted entering a bedroom with multiple women at a party in the Bel Air neighborhood of Los Angeles. At the time, E! reported that he was hanging out with Drake, Diddy, and Chris Brown for most of the night before disappearing with three women. “He seemed like he was in a great mood and wanted to party,” a source told the outlet. “He was drinking and was partying into the early hours of the morning.”

This was not the pro athlete’s first cheating scandal. Shortly before Kardashian gave birth to their daughter, True, in 2018, reports surfaced that Thompson was unfaithful on a regular basis. “Tristan has been consistently cheating on Khloé,” a source told People at the time. “He’s a serial cheater. And there will be more women to come out of the woodwork.” The following year, he found himself embroiled in yet another scandal when he was reportedly caught cheating with Kylie Jenner’s then-best friend, Jordyn Woods.

While some fans might be surprised by reports that Kardashian and Thompson are back together after his third strike, longtime fans of Keeping Up With the Kardashians know that they were planning on having another child together. Not only was their fertility journey featured on the final season of the show, but Kardashian also revealed that they made embryos together during a March appearance on the “Lady Parts” segment of The Ellen DeGeneres Show.

Then again, their reported decision to rekindle their romance may not have anything to do with expanding their family. In July, Thompson got into a feud on Instagram when Kardashian’s ex-husband, Lamar Odom, called the reality star a “hottie” in her comments. “God brought you back the first time. Play if you want, different results,” Thompson responded, seemingly referencing Odom’s near-fatal overdose in 2015.