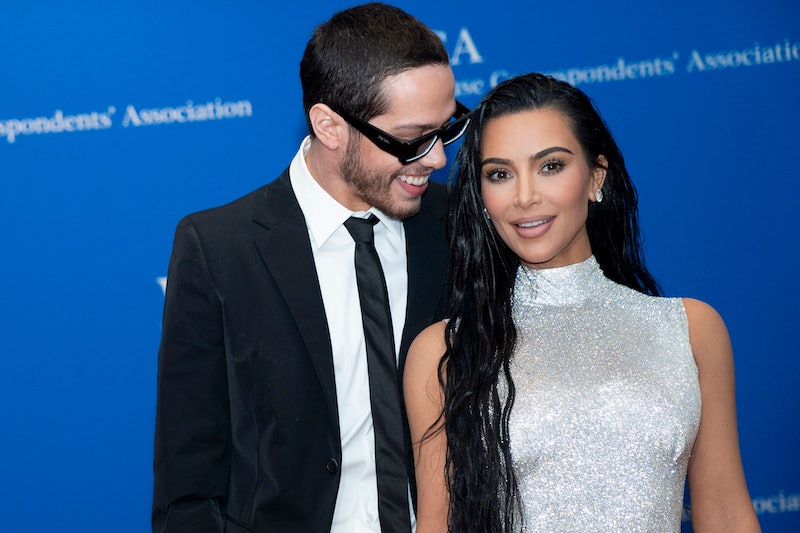 It’s been a whirlwind few months for the Kardashian-Jenner crew. Amid a fraught separation between Kim Kardashian and Kanye West, the arrival of Kardashian’s new boyfriend, Pete Davidson, only seemed to make matters more complicated. However, it’s safe to say that the Skims founder is well and truly done with being coy about her relationship. In the newly-released trailer for The Kardashians Season 2, Davidson, 28, makes his reality TV debut alongside his girlfriend, and the in-love couple sent viewers into overdrive with a flirty encounter. Kardashian, 41, further piqued fans’ interest in her relationship status with a cute couple’s post on social media. A lot to unpack, right? Let’s get started.

Taking to Instagram shortly after the trailer was unveiled, the Kardashian sister posted a series of photos of herself and a shirtless, tattooed Davidson enjoying one another’s company. From pouting for the camera and enjoying life poolside to resting her feet on her guy’s torso, the SKKN skincare founder seemed relaxed and joyful. The pictures sparked quite the response, as her pal Malika — her sister Khloe Kardashian’s best friend — wrote: “Happy looks great on you,” followed by a heart-eyed emoji. Whereas Khloe simply asked: “Do you guys have a foot fetish, too?” Meanwhile, a fan of the star commented: “Relaxed and at ease. Relationships aren’t easy, but I’m glad you found one that isn’t so hard.” Another invested follower wrote: “Kimmie, you had me worried. We hadn’t seen Pete in a while.” Suffice it to say, fans were more than appreciative of the relationship update from Kardashian, and who can blame them?

The pictures showcase the couple’s playful relationship, which also took centre stage in the last few moments of The Kardashians trailer. In a fleeting, but memorable, moment, Kardashian — clad in a long metallic dress — asks Davidson: “Babe, do you wanna shower with me really quick?” Davidson wastes no time in showing his approval for the plan, amusingly throwing everything he’s holding. — including his phone — onto the floor and following his girlfriend into the bathroom. Unsurprisingly, it wasn’t long before the moment became a hot talking point on Twitter. Elsewhere in the trailer, the Kardashian sibling discusses her new relationship. “Life is good. I have a new boyfriend. I'm just having a really good time,” she remarks. We love to see it.