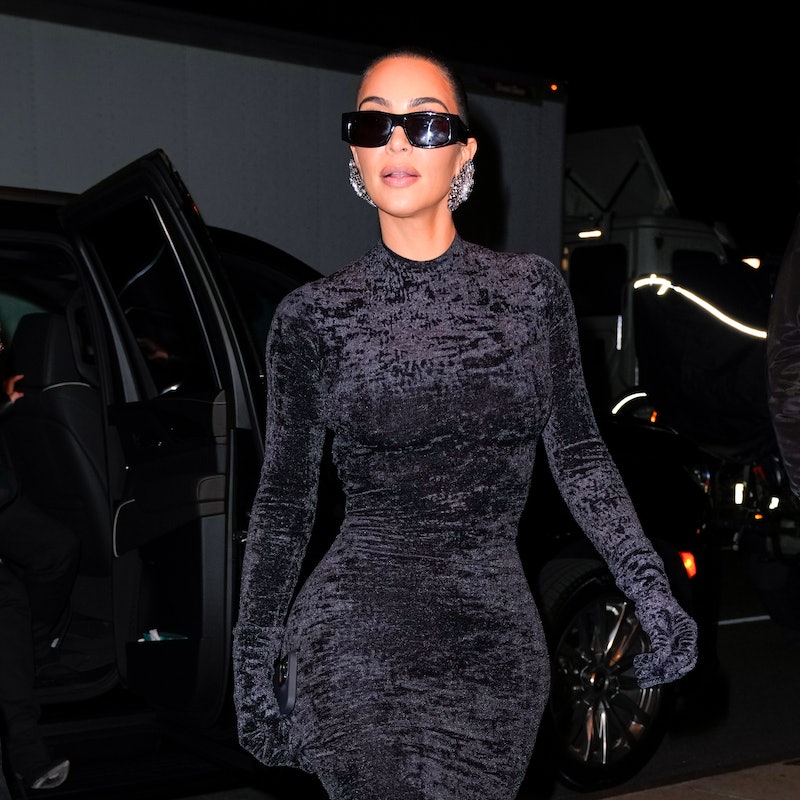 Kim Kardashian may have gotten divorced three times, but that’s not stopping her from dishing out marriage advice. At a celebration ahead of her close friend Simon Huck’s wedding on Saturday, Nov. 13, the Skims founder made a speech that reportedly had the room roaring with laughter. In it, she acknowledged that she probably isn’t the right person to speak about marriage, especially since none of hers were successful.

“When Simon asked me to talk [at the wedding], I was a little bit confused because I haven’t really figured out this marriage thing myself,” Kardashian said in Instagram Stories captured by Tracy Romulus, referencing her failed marriages to Damon Thomas, Kris Humphries, and Kanye West. “So I don’t know what kind of advice you think I’m gonna give to you guys tonight.”

Although the reality star didn’t have much relationship advice, she was able to give Huck and his fiancé, Phil Riportella, some pointers for their big day. “I have learned a lot, and I have some tips for you guys — aesthetically,” she said before letting the couple know that they should move away from the officiant for their first kiss. “It ruins all the pictures, and sometimes that’s all you’ve got!”

Joking aside, Kardashian — who has been friends with the PR executive for a decade and a half — knows that Huck and Riportella are in it for the long haul. “I have known you, Simon, for 15 plus years,” the Keeping Up With the Kardashians star said. “Phil, I’ve known you for a long time, and I know that this is going to work. I know real love when I see it.”

Hopefully, the KKW Beauty founder feels the same about Paris Hilton and Carter Reum’s relationship. In addition to attending Huck’s nuptials over the weekend, Kardashian celebrated Hilton’s big day alongside some familiar faces, including Nicole Richie and Kimora Lee Simmons. To mark the occasion, the KUWTK star shared a series of photos from the heiress’s elaborate wedding on Instagram.

“Pumpkin spice and everything nice for Paris’s wedding!” Kardashian wrote alongside photos of herself sitting on a pile of pumpkins in an all-black gown. She also included a picture of her helping Hilton with her train, as well as a group photo from the reception. “Loved celebrating my big day with you gorgeous,” Hilton wrote in the comments.