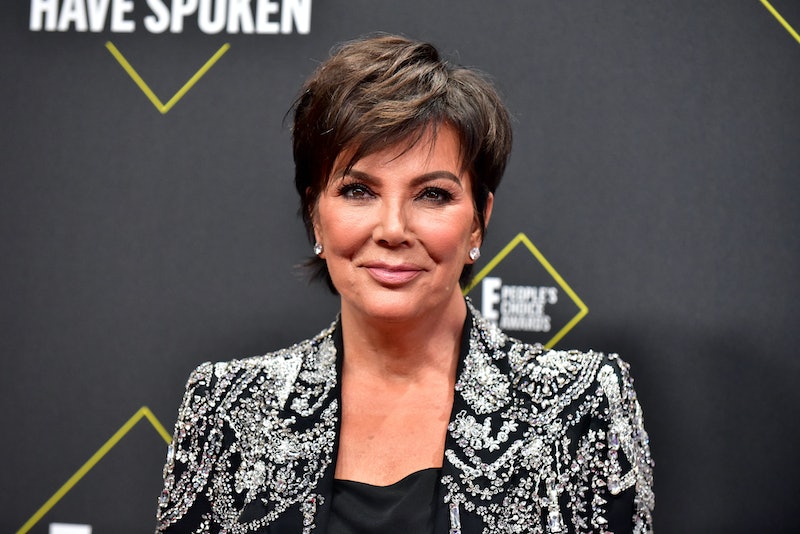 Social media has made it easier than ever to see what the Kardashian-Jenner family is up to at any given moment — and that's part of the reason why they've decided to end their long-running TV show. In a recent interview with WWD's Beauty Inc., matriarch Kris Jenner said social media is partly to blame for the end of Keeping Up With the Kardashians, because fans can now watch the family's ups and downs play out in real time.

While the family announced on Sep. 8 that KUWTK would end in 2021, following Season 20, Jenner explained that it's now easier than ever to keep up with the famous family's antics. "When we first started, there was no Instagram or Snapchat or other social media platforms," she said, referring to the show's premiere in 2007. "The world has changed. Now there are so many, the viewer doesn’t have to wait three or four months to see an episode. We can give them all of the information anyone would ever want to know in real time."

The matriarch continued, "Social media is the fastest and most controlled way to get the message out." Jenner also explained that social media is the best way for her daughters to promote their various businesses, as they can speak with fans directly online. "The consumer gets to see the products the girls are working on in real time, and they know we’re going to get it out the door pretty quickly," she explained. "The girls want them to be part of the journey to keep them engaged."

Jenner's comments about the prevalence of social media help add more context to the idea that it was just "time" for KUWTK to come to an end. "I think the number 20 — well it used to sound good until 2020 — but the number 20, it just seemed like the right time," Jenner told producer Ryan Seacrest in September about the reason they decided to end the show. "I think for us to take a minute and breathe and everybody slow down a bit. Not slow down professionally, but just you know figure out what our next steps are. We've had such an amazing run and so grateful for every single moment and everyone we work with."

Kim Kardashian West echoed those sentiments in an October interview with Grazia, explaining that everyone just needed a chance to "regroup" after over a decade of filming nearly every day. "This was a dream of all of ours," she said. "We never imagined we would get on to Season 2. Now we're on 20. Sometimes we just need a break. It's really simple. We just need a minute to regroup."

Revealing that the famous family hasn't had time off in nearly 14 years, she continued, "We’ve gone in filming a season, then a spin-off, and I think there’s no other way to say it other than, we just live such big lives." In addition, the SKIMS founder noted that she and her siblings have young children now, which also played a role in the decision to stop filming KUWTK. "We have kids now. And they need us," Kardashian West explained. "There’s so much going on that, even just for a minute, we need a break."

Still, their decision to take a step back from reality TV doesn't mean that the Kardashian-Jenner family won't return to the small screen in the future; in fact, Seacrest told Entertainment Tonight that a KUWTK revival is a very real possibility. "I don't know the answer to that. We have not crossed that bridge yet," he said in early September. "I do know that the family is so grateful for having the opportunity at E! and having people ride along with them through relationships, and pregnancies, and separations, and breakups."

In the meantime, at least fans can still keep up with the Kardashians on social media.