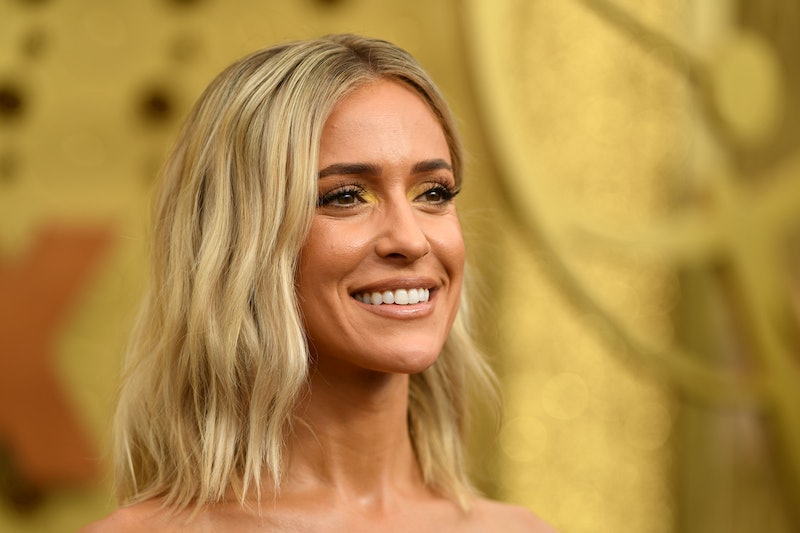 Two of the biggest reality TV frenemies have apparently mended fences. During an appearance on the Oct. 19 episode of Brett Gursky's On the List podcast, Kristin Cavallari said she and Lauren Conrad — with whom she infamously feuded on MTV's Laguna Beach — are "totally fine." "I think so much time has passed and what we went through was so silly and it was so high school, I'm pretty sure we're both over it at this point," she explained.

The update comes shortly after Conrad, Cavallari, and the rest of the Laguna Beach Season 1 cast reunited as part of a campaign to get out the vote ahead of the upcoming presidential election. Though footage from the reunion hasn't been released yet, Cavallari confirmed that it was already filmed. "That's the first time that we have all been together since high school, since we stopped filming, and so it was really good to see everybody," she said on the podcast, per People. "We played a drinking game, we answered fan questions and just kind of reminisced about the show and everything. And then we're all on this group email and afterwards everybody was like, 'I love you, it was so good to see everybody!'"

Cavallari also weighed in on her recent hangout with ex-boyfriend Stephen Colletti, which ignited dating rumors following her recent divorce from Jay Cutler. "I love Stephen, I've always loved Stephen, and clearly, 15 years later we're still really good friends, but no," she clarified. "I brought my kids to Laguna Beach, I saw a lot of people, I didn't just see Stephen. So it was a really fun trip, but that's all there is to it."

Still, she added that she knew posting a photo of herself with Colletti would "create a little commotion." “That’s my most-liked photo on Instagram ever. More than my kids. More than anything in my life," she said. “I mean, I think it’s really neat that people are still so invested and it really takes people back to that time.”

More like this
Laura Anderson Pulled The Ultimate Girl Power After Her Break-Up
By El Hunt and Megan C. Hills
'Abbott Elementary' Fans Probably Missed This 'Parent Trap' Easter Egg
By Sam Ramsden
At 28, Debra Jo Rupp Was Living A Much Different '70s Show
By Grace Wehniainen
Raven-Symoné Addressed Fan Pushback To Her Name's Actual Pronunciation
By Stephanie Topacio Long
Get Even More From Bustle — Sign Up For The Newsletter
From hair trends to relationship advice, our daily newsletter has everything you need to sound like a person who’s on TikTok, even if you aren’t.