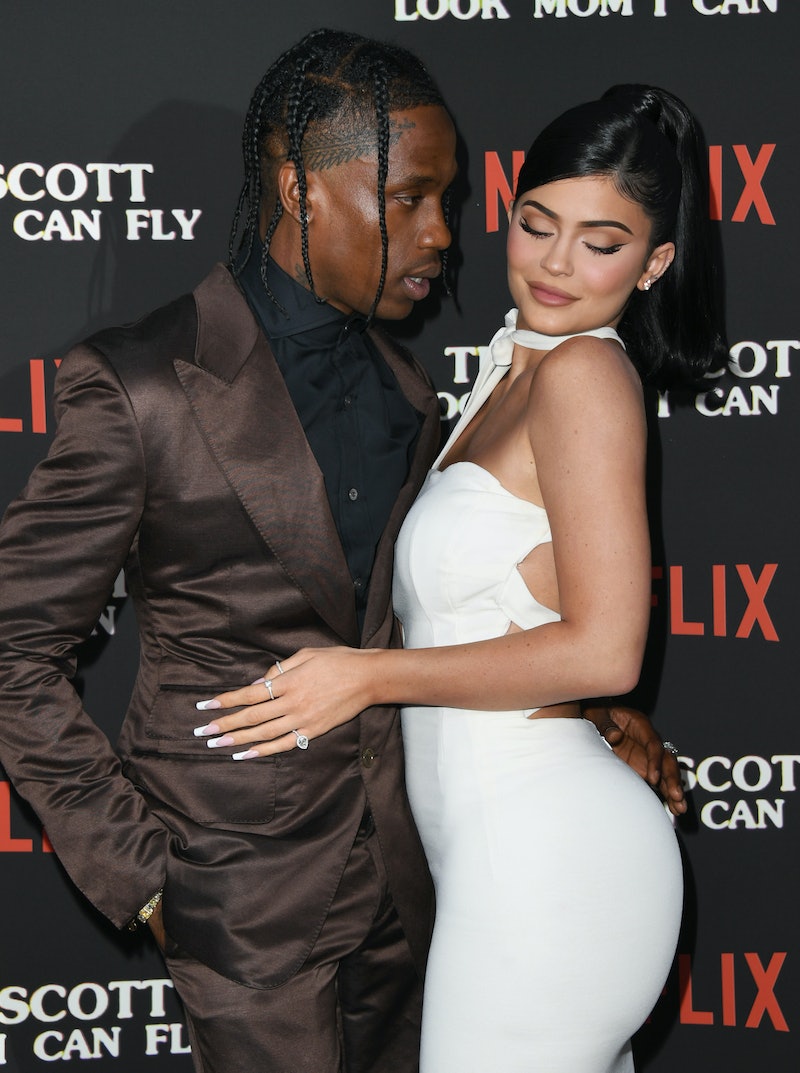 If you thought Kylie Jenner would opt for comfort over fashion during her second pregnancy, you thought wrong. On Wednesday, Sept. 9, the Kylie Cosmetics founder shared the first photos with her baby bump, and as per usual, she was in full glam. In the pictures, the reality star paired a white leather mini-dress with a long silver coat and heels, showing expectant mothers everywhere that there’s never a bad time to step up your style game.

When Jenner shared the photos on Instagram alongside a single angel emoji, several of her friends took a moment to compliment her on her first pregnancy look. “Hot mama,” Stassie Karanikolaou wrote next to five red heart emojis. Paris Hilton also chimed in with three fire emojis. Fans doted over the photos as well, thanking Jenner for providing “the pregnancy content we all needed” and offering to babysit once she gives birth.

The photos appeared on the Keeping Up With the Kardashian star’s Instagram grid just one day after she announced that she’s expecting baby No. 2 with Travis Scott. In a video shared on Instagram on Sept. 7, Kylie gave her 265 million followers a glimpse at her positive pregnancy test, her ultrasound appointments, her growing baby bump, and the moment she shared the exciting news with her rapper boyfriend and family matriarch Kris Jenner.

“Stormi, we’re going to have a baby,” Kris said in the video when three-year-old Stormi showed her photos from Kylie’s ultrasound. “This is one of the happiest days of my life.” The 65-year-old Keeping Up With the Kardashians star also expressed excitement on Instagram over what will be her 11th grandchild. “Crying all over again,” she wrote in the comments of Kylie’s pregnancy announcement. “What a special and amazing blessing and gift God has given you.”

Clearly, Kylie is taking an entirely different approach to her second pregnancy than she did with her first. In February 2018, Kylie and Travis welcomed Stormi after keeping the pregnancy a secret. “I’m sorry for keeping you in the dark through all the assumptions,” the KUWTK star wrote in a statement on Twitter, adding that her pregnancy was one she “chose not to do in front of the world.” And after explaining that she wanted to handle her first pregnancy in “the most positive, stress-free, and healthy way” possible, Kylie gave fans some insight into what her pregnancy was like.

“Pregnancy has been the most beautiful, empowering, and life-changing experience I’ve had in my entire life and I’m actually going to miss it,” she wrote. Elsewhere in the caption, the reality star gushed over her then-newborn. “My beautiful and healthy baby girl arrived February 1st and I just couldn’t wait to share this blessing,” she continued. “I’ve never felt love and happiness like this I could burst! Thank you for understanding.”