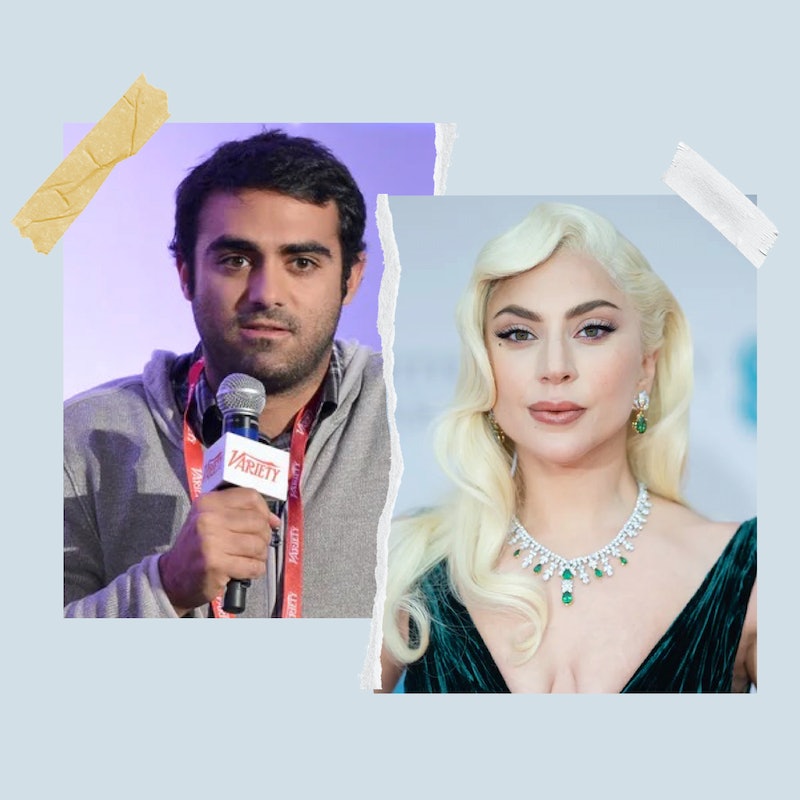 Lady Gaga is not caught in a bad romance, ra-ra-ah-ah-ah. The 12-time Grammy winner has been dating Michael Polansky since late 2019, and the couple is still going strong more than two years later. Most recently, Gaga brought Polanksy as her date to the 2022 Grammys, where she was nominated alongside duet partner Tony Bennett for six awards, including Album of the Year, and performed a stunning tribute to her longtime friend and collaborator.

It’s not publicly known where or how Gaga met the Harvard graduate, but they were first seen locking lips in Las Vegas on New Year’s Eve to ring in 2020. According to his LinkedIn page, Harvard graduate Polansky works closely with Facebook co-founder Sean Parker, currently serving as the CEO of the Parker Group as well as the co-founder and executive director of The Parker Foundation and the Parker Institute for Cancer Immunotherapy.

The twosome keep their relationship low-key, having never walked a red carpet together and Polansky only accompanying Gaga to public events on special occasions. However, Gaga doesn’t completely hide their romance, posting sporadic snapshots or selfies on Instagram.

Gaga was first linked to Polansky in December 2019, when she was spotted kissing a then-“mystery man” on New Year’s Eve in Las Vegas.

Just days after they were seen locking lips in Miami, Gaga went Instagram official with Polansky, posting a picture of him embracing the singer in his lap. “We had so much fun in Miami,” she wrote. “Love to all my little monsters and fans, you’re the best!”

A couple of weeks later, Gaga and Polansky celebrated their first Valentine’s Day together, with Gaga sharing a candid selfie on Instagram. “Happy Valentine’s Day!! ‘Babe, do I have lipstick all-over me’,” she wrote, with a string of kissing emojis. “Happy v-day to all my monsters!!! I love you!!!”

Days after coronavirus quarantine measures were enforced around the world, Gaga posted an update on her and Polansky for her Instagram followers. “Day 6 of self-quarantining! Going strong, playing video games and cards, and taking care of ourselves,” she wrote. “Important reminder: keep your mind as stress free as possible and your body moving. Try not to pass it in case you have it, it’s ok and so wonderful to stay home if you can! What a kind act for the world.”

In April, at the height of the COVID-19 pandemic, Gaga teamed up with Global Citizen to curate the One World: Together At Home special, which featured an array of A-list performers, including Gaga, in an attempt to raise money and awareness for patients and frontline workers worldwide. Gaga worked alongside her boyfriend on the project and posted a portrait with a fellow fundraiser.

On Jan. 20, Polansky was by Gaga’s side at President Joe Biden’s inauguration, where she sang a memorable rendition of the National Anthem and was greeted by fellow performer Jennifer Lopez. Shortly after the event, Gaga posted a snapshot of her giving Polansky a masked kiss.

Polanksy couldn’t join Gaga while filming her Oscar-nominated movie House of Gucci in Italy, but he supported her from afar, especially after her dog walker was shot and two of her dogs were kidnapped on Feb. 24, then returned days later. On March 28, Gaga posted a picture of her hugging a huge gift from her man. “When your bf sends you all the flowers in Rome for your birthday,” she wrote. “I love you honey. I can’t wait to be home with you and our dogs, that’s all I need.”

November 2021: Gaga Calls Michael The “Love Of My Life”

While promoting House of Gucci, Gaga reiterated that her dogs and her man are all she needs to live. “My dogs and the man that I love are my whole life,” she told The Hollywood Reporter, referring to Polansky and her three French bulldogs, Asia, Koji, and Gustav.

Polansky accompanied Gaga to the 2022 BAFTAs, where she was nominated for Best Actress in a Leading Role for House of Gucci. While he didn’t walk the red carpet with the star, he ended up becoming a punchline for one of host Rebel Wilson’s jokes, after she gave him a “Golden Bra” for winning the “Best Plus-One” award. “Are you Lady Gaga’s plus one?” she asked Polansky in the audience, as Gaga started erupting in laughter. “That is a good gig!”

Polansky was Gaga’s date to the 2022 Grammys, where the singer paid tribute to collaborator Tony Bennett with a solo rendition of their jazz duets “Love For Sale” and “Do I Love You.” Polansky was seen applauding his girlfriend’s performance next to presenter Keith Urban, and supporting other winners alongside Gaga throughout the night.

Gaga and Bennett received five Grammy nods for their second collaborative album — and Bennett’s final album — Love For Sale, including Record of the Year and Album of the Year. They ended up winning Best Traditional Pop Vocal Album.

More like this
Harry Styles Is Performing At The 2023 Grammy Awards
By Jake Viswanath
Hilary Duff's Husband Matthew Koma Has Her Name Tattooed On His Butt
By Jake Viswanath and Stephanie Downs
John Corbett's Wife Bo Derek Once Revealed If She's Team Aidan Or Team Big
By Alyssa Lapid
Adam Levine & Behati Prinsloo Welcome Their Third Child Together
By Jake Viswanath
Get Even More From Bustle — Sign Up For The Newsletter
From hair trends to relationship advice, our daily newsletter has everything you need to sound like a person who’s on TikTok, even if you aren’t.

This article was originally published on April 1, 2022