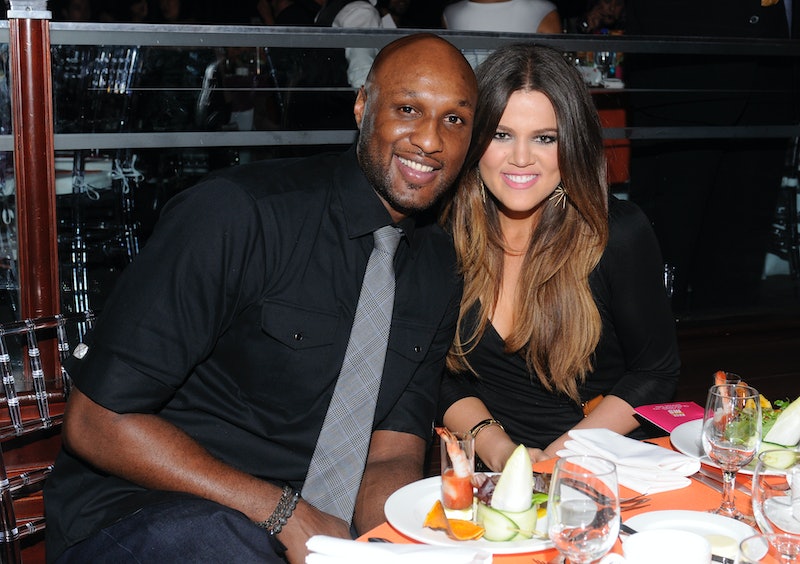 Lamar Odom hasn’t been shy about his feelings for ex-wife Khloé Kardashian since they separated for good in December 2016. More than five years later, he continued getting candid about their past and his hope for their future during Celebrity Big Brother on Feb. 14. In a conversation with castmates Cynthia Bailey and Carson Kressley, the former Los Angeles Lakers player confessed that ruining his relationship with his “beautiful wife” was one of his life’s biggest regrets.

“There’s just so many things I did wrong when it came to that relationship that if I could take back of course I would take them back,” the 42-year-old said. Bailey suggested he contact his 37-year-old ex as soon as he leaves the Big Brother house. Odom replied, “I’m going to try my damndest. I would probably just want to take her to dinner. It would be a blessing just to be in her presence.”

Odom also said he would “tell her I’m sorry and what a fool I was,” but he understands if her response ends up being less than ideal. “She has the right to never, ever want to see me again for the things I put her through,” he added. “But time moves on and people change. I would say I’m a lot more loyal now. I just wish I was mature enough to handle it right. But I wasn’t.”

The couple got married in 2009 and filed for divorce in 2013 after several cheating scandals. Kardashian stuck by Odom’s side while he battled substance misuse and during a nearly fatal overdose in 2015. The two officially separated in 2016.

During a confessional, Odom admitted that it’s hard for him to sleep at night because he thinks about her. “It was never my intention to hurt her, but my mind and my head wasn’t in the right place. I wasn’t taking care of myself,” he said.

In a teaser video (above) before Celebrity Big Brother premiered on Feb. 2, Odom is seen telling Todrick Hall how much he misses Kardashian. “I had some good dreams last night. I dreamt of my ex-wife last night ... the one and the only. I miss her so much. I wish I could take that time back. [We were married] four years. I miss her so much.”

In the Feb. 14 episode, Bailey pointed out that when Odom talks about Kardashian, “she sounds like the love of your life.” Since their divorce, Kardashian was in an on-and-off relationship with now ex-boyfriend Tristan Thompson, who had a baby with Maralee Nichols at the start of 2022.

Odom said he has never thought about getting married again. “Just saying her name kinda like brightens up my day,” he said. “All I can do is wish the best for her.”

In last June’s Keeping Up with the Kardashians reunion, Kardashian said that while she and Odom are not in touch anymore, she is “rooting for” him.

More like this
Khloé Kardashian Writes Touching Instagram Tribute To Tristan Thompson’s Mother
By Alyssa Lapid
Paris Hilton & Carter Reum’s Relationship Timeline Includes A Surprise Baby Boy
By Bustle Editors
'Love Island's Haris Insists Street Fight Video Doesn’t Show Full Story
By El Hunt, Darshita Goyal and Sophie McEvoy
10 Photos Of The Wildest Limo Arrivals From 'The Bachelor' Premiere
By Brad Witter
Get Even More From Bustle — Sign Up For The Newsletter
From hair trends to relationship advice, our daily newsletter has everything you need to sound like a person who’s on TikTok, even if you aren’t.