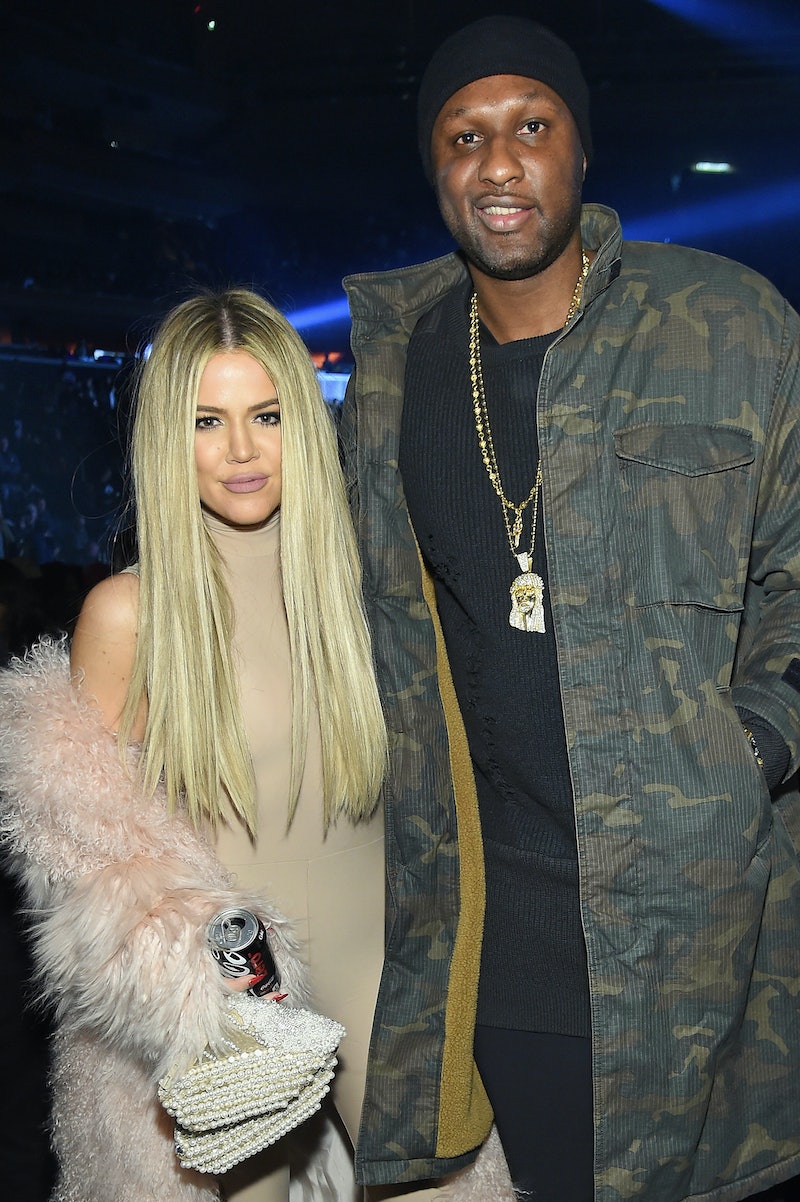 It seems like Khloé Kardashian and Lamar Odom were married a whole lifetime ago. So much has happened since then, but the retired NBA player reflected on their past relationship in his memoir Darkness to Light. In an excerpt obtained by People and an accompanying interview with the magazine, Odom opened up about Kardashian's "unconditional" love for him and his regrets about his behavior during their relationship.

Odom admitted to People, "I wish I could have been more of a man." He continued, "It still bothers me to this day. But regret is something we have to learn to live with."

The former Khloé & Lamar star confessed in his book excerpt, "At the start of our marriage I was faithful to her." He also admitted to a cocaine addiction. Right now Odom maintains that he is drug-free. He declared, "I could not handle the lethal cocktail of the spotlight, addiction, a diminishing career and infidelity." Then he got very detailed. Odom wrote,

"I couldn’t keep my d— in my pants or the coke out of my nose. Drug addicts are incredibly skilled at hiding their habit. I’d get defensive and Khloé would just drop it."

Even after all that, Kardashian was by his side after his near-fatal overdose in 2015. Odom recalled to the magazine, "I was surprised on how quick she was to show her devotion to me." He also reflected, "Her love for me must have been unconditional. That’s the only thing [I think] that gave her the strength to still love me at that time."

He has come a long way since then. In fact, he even has hope for a friendly reconciliation with his ex-wife. Odom shared, "I hope we can be friends." He also admitted that he misses her family and that he hopes to be "reacquainted one day."

This wasn't the first time that Odom publicly discussed his marriage with the Keeping Up with the Kardashians star, though. Thankfully, his new comments were a lot kinder than some of his previous remarks.

During a 2018 appearance on the BET series Mancave, Odom dished on the end of his relationship with Kardashian. Us Weekly reported that he revealed, "I still got my shawty’s name still on me, her initials still on me." He pointed to the tattoo on his hand and added,

"But for no reason. You know what I’m saying? I understand when it’s over, it’s over. When she was with her second or third NBA ball player, I could see that."

In response to that remark, Kim Kardashian clapped back with some major shade on Twitter, standing up for her sister.

Throughout the years, Odom's comments about their marriage have included an array of feelings from sadness, to regret, to shade. Even though he said he wants to be friends with the reality star now, he felt differently two years ago and implied he was hoping for a romantic reconciliation. During a 2017 episode of The Doctors, Odom discussed his life after the overdose. Host Travis Lane Stork asked, "Going forward, when you look at your life ahead of you, what are you looking forward to?"

Us Weekly reported that Odom confessed, "Honestly? I want my wife back." However, at the time, Kardashian was happy in a relationship with Tristan Thompson, a player on the Cleveland Cavaliers, who is now the father of her child True Thompson. As the world knows, Kardashian and Thompson are no longer together.

There are a lot of people who can't help being fascinated by Kardashian and Odom's dynamic whether they are actually in touch or not. Will they actually form a friendship? Stranger things have happened. Especially since the Kardashian-Jenner family seems to be pretty friendly when it comes to exes. Kardashian's ex French Montana still gets invited to family events. And, of course, Kourtney Kardashian's ex Scott Disick is very much part of the family and KUWTK.

The family even embraced Odom following his overdose. Kris Jenner and Kim visited the hospital in Las Vegas during his recovery. They even brought him to the Yeezy fashion show in 2016.

If Kardashian and Odom do somehow become friends, it will come to light eventually, either in another interview or on an episode of Keeping up With the Kardashians.