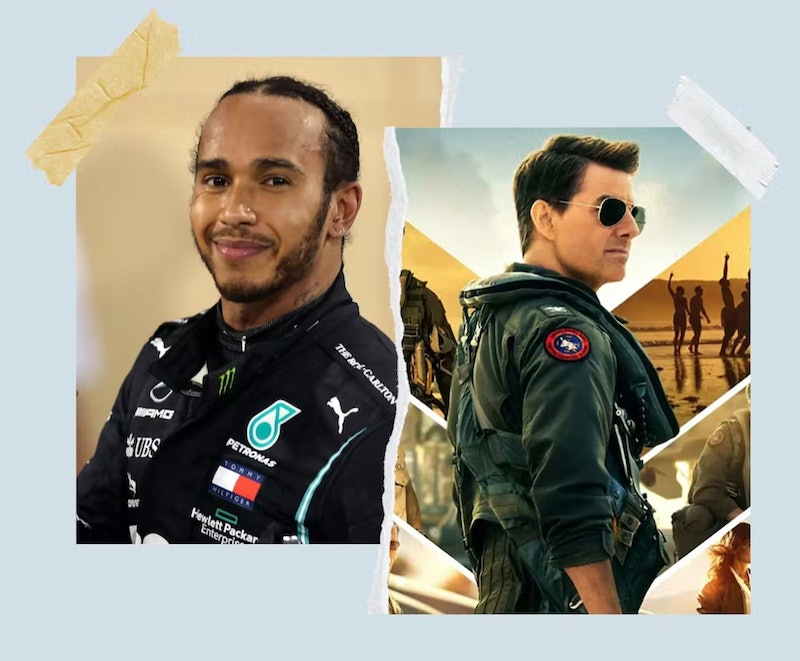 You might need to sit down for this one. Lewis Hamilton — yes, the same person who has won seven Formula One championships — recently revealed that he was offered a part in the Hollywood blockbuster Top Gun Maverick alongside the one and only Tom Cruise. But as luck would have it, the Mercedes driver said that as excited as he was, he had to turn down the unique opportunity.

In an interview with Vanity Fair, Hamilton explained, “Basically, I'm a friend of Tom Cruise. He invited me to his set years ago when he was doing Edge Of Tomorrow, and then we just built a friendship over time.” In fact, the pair are such good pals that Cruise celebrated his 60th birthday this year by supporting Hamilton at the British Grand Prix. The British driver added that he was thrilled to hear the announcement of a sequel to the 1986 cult film and asked Cruise if he could play a part in the project, no matter how small.

Hamilton was offered the role of a fighter pilot in the May 2022 release and declining it was “the most upsetting call that I think I’ve ever had,” he said, adding that he’s a perfectionist and didn’t want to shy away from his Formula One training. In the ongoing season of the championship, Hamilton is currently placed at the sixth position, with 2021 rival and Red Bull driver Max Verstappen leading in first place.

Besides racing, the renowned driver is entering new and different spaces of interest. He recently became a part owner of the NFL franchise Denver Broncos, per BBC News, and is also producing Formula One for Apple TV+, an upcoming film directed by Joseph Kosinski, who was also behind Top Gun: Maverick. The movie is set to star Brad Pitt as an ageing driver, who replaces the concept of retirement with challenging new and rookie racers.

Despite rumours swirling around the internet of Hamilton’s retirement, the driver renewed his contract with Mercedes for two more years in 2021. “I'm still on the mission, I'm still loving driving, I'm still being challenged by it,” he told Vanity Fair. “So I don't really feel like I have to give it up anytime soon.”