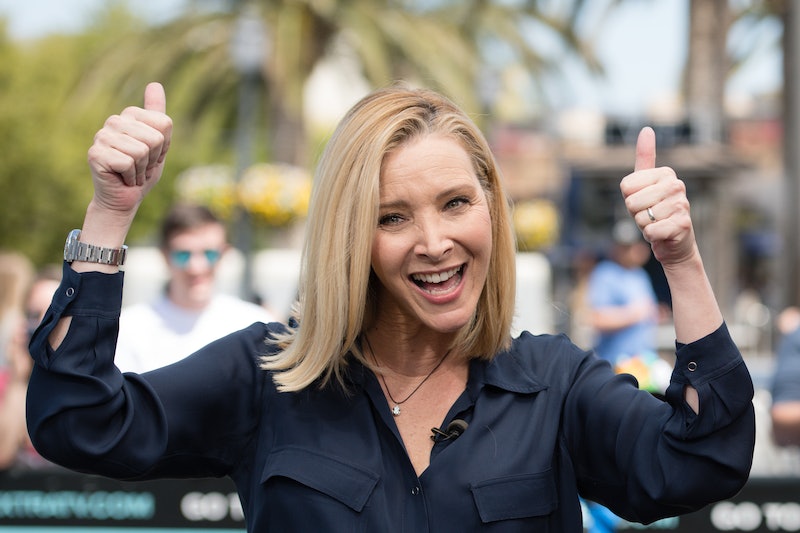 The reviews are in for Friends: The Reunion, and while not everybody loved revisiting one of TV’s greatest comedies, nobody can argue that Lisa Kudrow isn’t as excellent as ever. She’s a fantastic actress, her comedic timing is unparalleled, and she shines in the HBO Max release.

Sadly, there are some people who only know Kudrow because of Friends (you can hear “Smelly Cat” in your head just thinking about it). However, Kudrow has enjoyed a decades-long career in comedy and drama, one that has seen her take part in dozens of films and shows, with more standouts than most actors can count credits. If you have never done a deep dive into her filmography, there is no time like the present to finally fully realize just how talented she really is.

Any list of Kudrow’s performances that doesn’t mention Friends first and foremost is no list worth reading. Friends may not have marked her first time on TV, but it easily stands out as her most recognizable role and her most celebrated turn on the small screen. Throughout 10 seasons, Kudrow appeared as not only Phoebe Buffay but also her “evil twin” Ursula.

Throughout her hundreds of episodes on Friends, Kudrow stood out as the weirdest of the bunch and perhaps the greatest character of the group. She is one of only two actors from the series to win an Emmy, and she was nominated six times for her show-stopping performance.

Find where to watch Friends on JustWatch.

Throughout the years, Kudrow has appeared in dozens of films, but none of them compare to her performance in the cult classic Romy and Michele’s High School Reunion. While the film was released back in 1997, it is still quoted, and there are moments used as memes to this day, so obviously it has staying power. Kudrow stars as Michele Weinberger alongside best friend Romy White (played by Mira Sorvino), and both actresses make it a must-see comedy.

Find where to watch Romy and Michele’s High School Reunion on JustWatch.

Not many people know that Friends didn’t mark Kudrow’s first time playing a Buffay character on TV. The superstar-in-the-making originated the role of Ursula Buffay on Mad About You, which ran for eight seasons in the ’90s, turning Paul Reiser and Helen Hunt into household names. After two dozen episodes on that program, Friends was picked up and she had to focus her energy elsewhere.

Find where to watch Mad About You on JustWatch.

The Comeback is already regarded as one of the most under-appreciated comedies in recent TV history, so if you’ve never seen it, you’re really missing out. The show sees Kudrow playing Valerie Cherish, an actress who found fame on one sitcom once — and then never again. Sounds almost familiar, doesn’t it? It was brilliantly written and many argue it’s the star, co-writer, co-creator, and co-executive producer’s best work. Kudrow earned two more Emmy nominations for the two seasons (which were spaced out many years apart), and though she’s made it known she’d like to make another, it’s not clear if any network would foot the bill.

Find where to watch The Comeback on JustWatch.

Like The Comeback and Romy and Michele’s High School Reunion, Easy A is something of a cult classic, which seems to be a field that Kudrow excels in, and if you haven't had a chance to watch it yet, what are you waiting for? The young adult hit film also brought out the best in Emma Stone (making her a star), and it’s one of Stanley Tucci’s best underrated performances as well.

Find where to watch Easy A on JustWatch.

Kudrow has shown time and time again that she isn’t just a talented actress, but a visionary who can create programming that excels in the comedy field. After The Comeback came and went (before returning for a second season), Kudrow’s Web Therapy appeared online, and it was quickly cited by critics and fans as a wonderful new piece of modern media. The program was so well-received, Showtime picked it up, and it eventually ran on the cable network for four seasons, earning the star yet another Emmy nomination.

Find where to watch Web Therapy on JustWatch.

During her heyday on Friends, Kudrow didn’t focus on films (obviously), but she did make time to appear in Analyze This, which was a massive box office success in 1999. The movie, which starred Robert De Niro and Billy Crystal and which was penned by beloved screenwriters Kenneth Lonergan, Peter Tolan, and Harold Ramis, spawned a sequel a few years later, Analyze That, which Kudrow also starred in.

Find where to watch Analyze This on JustWatch.

One of Kudrow’s most recent forays into TV, Space Force sees her jumping on board the Netflix train once again and riding it to another successful program. In the series, which was released in May of 2020 and which was just recently renewed for a second showing, the Emmy winner plays star Steve Carrell’s wife, and she’s just as hilarious as ever, even if the writing isn’t up to her standard. Sadly, Space Force wasn’t beloved by critics, and it’s only OK.

Find where to watch Space Force on JustWatch.

Kudrow pops up in the second season of Tina Fey’s somewhat controversial Unbreakable Kimmy Schmidt, and while she’s only on the Netflix sitcom for three episodes, she leaves quite the mark on the Emmy-nominated program. The former Friends powerhouse appears as Ellie Kemper’s mother, and she nails every single one-liner the brilliant writers supplied.

Find where to watch Unbreakable Kimmy Schmidt on JustWatch.

No, The Boss Baby isn’t a fantastic film, but the vocal performances by stars Alec Baldwin, Steve Buscemi, Jimmy Kimmel, and Kudrow are wonderful, and they elevate a slightly confusing story and an otherwise mediocre project. The cast did such a good job, they were invited to come back for a sequel, The Boss Baby: Family Business, which is slated to arrive in theaters in summer 2021.

Find where to watch The Boss Baby on JustWatch.