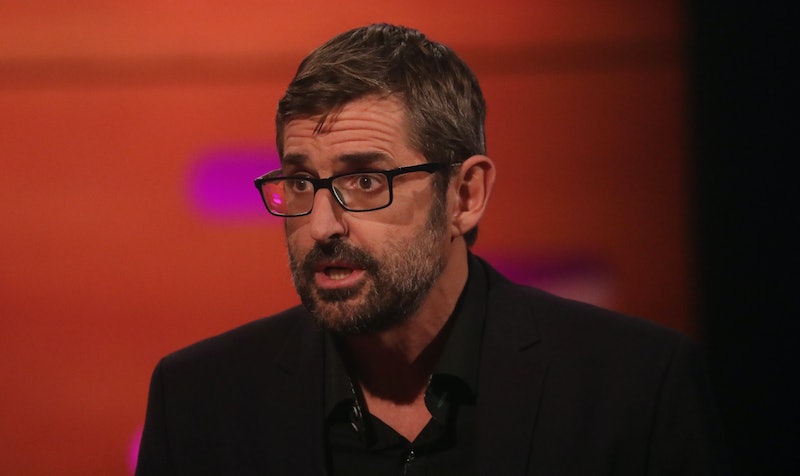 This year we've enjoyed a couple of great series of the Great British Bake Off, most recently the 2020 edition of amateur bakers that saw 20-year-old Peter Sawkins become the youngest ever winner. The BBC reported that more than 9 million viewers tuned in to watch the live final on Nov. 23, over two million more than last year, and the show's biggest audience to date since it moved to Channel 4. A sure sign that we're loving a bit of Bake Off more than ever at the moment? Hence why the latest news on the show caught our eye, revealed by former contestant and one of the UK’s most adored documentary makers Louis Theroux in a new interview.

Theroux was a contestant on this year's Great Celebrity Bake Off for Stand Up To Cancer, appearing in the first episode of the series, which aired in March, alongside comedians Jenny Eclair and Russell Howard, and reality star Ovie Soko. And he did pretty well, making Bake Off history in fact when he received not one but three handshakes from Paul Hollywood, Prue Leith and Noel Fielding.

And now, Theroux has given away some the behind-the-scenes secrets about the mechanics of the beloved baking show. It's a revelation that will change your Bake Off viewing experience forever – although it seems so obvious now that it's been pointed out!

Speaking to Cosmopolitan, Theroux shared the following insight from his time on the Great Celebrity Bake Off: "When they say 'Bakers, you have 15 minutes left.' They do those irrespective of the time – they get them as a shot. They basically say to you, 'Just ignore that – we need that shot.'"

So, rather than the scenes we see on the TV screen, Noel Fielding is just screaming "15 minutes!" at random intervals throughout the day – brilliant.

Theroux also shares in the interview that his most famous friend on social media is Sia – who is coincidentally this week's guest on the second series of his podcast, Grounded (available to listen to right now on BBC Sounds). "In terms of social media messaging, my most famous friend is Sia, the singer and songwriter," Theroux tells Cosmopolitan. "She reached out to me a few years ago, and wanted to get together for a meal. I'm a fan of 'Chandelier', and am liable to sing that as a karaoke song, which is risky because it's extremely high. But she and I became friendly, and I stayed in touch with her."