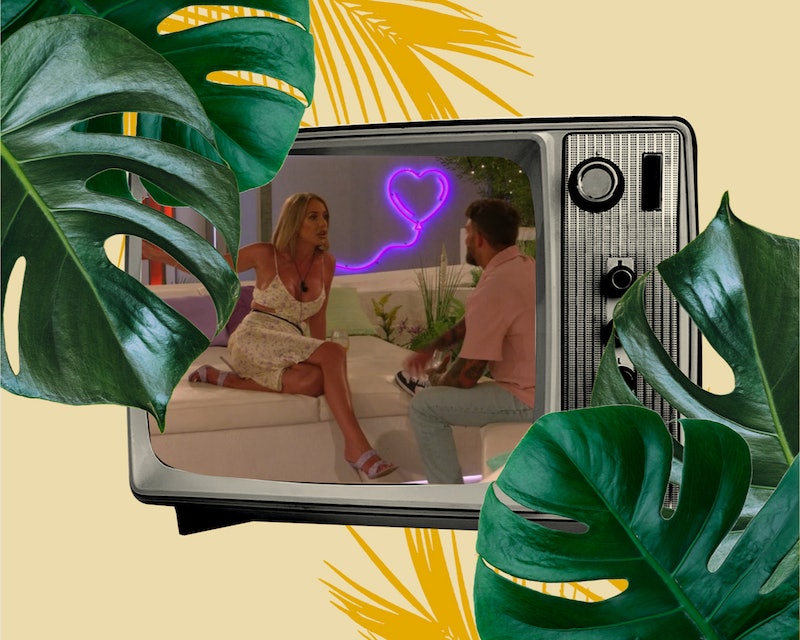 There’s a little delay to this week’s column, apologies, but there was so much to process. I’ll start at the beginning, and how Casa Amor went from being the most explosive and incendiary of Love Island history, to its aftermath being quickly extinguished, leaving little to no impact. Millie took Liam back, Tyler and Kaz went back to each other, Faye and Teddy rekindled their fling, and Toby even skipped over Abi to go back to Chloe. Despite the high intensity of Casa Amor there seems to have been little by way of dramatic pay-off.

I’ve had mixed feelings about the rebound galore, really. I’m happiest with Tyler and Kaz swallowing their pride and admitting they are most attracted to each other – even if they chose the most roundabout and drawn out paths to get there. Given the incredibly early stages of their coupling pre-Casa, I’ve been stunned at how much of a storyline has come out of a situation which just wasn’t really that deep. But perhaps that’s the very beauty of Kyler? Their chaos is an incredibly seductive one, one in which the elision between anger and sexual tension means that each scene of them arguing or focusing eye contact makes you feel like a voyeuristic third party in their coupling.

I would, however, like to shout out Clarisse for her “I don’t have time for this” brand of Londoner representation. Her simply dismissing Tyler with “go get your Kaz” rather than continuing to swallow paracetamol for the headaches he was causing reminded me of Ovie’s “Jordan, go get your Mrs, bro.” Standing miles apart from Tyler at the dumping, wearing sliders, and not bothering to even say bye to him, is perhaps the most “done” anyone has ever looked on the show.

Week Six also began with Toby’s epiphany. I’m talking about that moment he realised that even though he was coupled up with Mary, and felt guilty at seeing Abigail standing alone, his heart still belonged to Chloe. The fact is, their temporary separation may have saved them. During the time these two spent apart, us viewers were able to appreciate their individual eccentricities: the comic timing of Chloe’s adlibs (no wai!) and Toby’s constant snafus, for example. The latter’s meme-able head turning took him from villain of the villa to the adorable little brother whose playful naivety made us hopelessly fall in love with him, flaws, mistakes, and all.

Reunited, they’ve somehow managed to become one of the strongest couples in the villa. Toby seems to have genuinely matured over the series, and him finding The One in Chloe after all of the hiccups and dramas has made their relationship timeline one of the most compelling we’ve seen in years. It’s been suggested that they could even seize the grand prize by default, as every other couple continues to eliminate themselves with their own nonsense behaviour. Twitter is debating whether Toby and Chloe would spend the £50,000 prize on sweets, a bouncy castle, or a lego set and crayons. (My money is on the bouncy castle.) All I know is, I cannot pretend that they’re not an incredibly likeable couple anymore. I wish them all the best.

I won’t spend too long on Milliam because I’m not convinced their storyline makes for good TV. In the real world this is exactly what you would expect if you found out a boy you had been non-exclusively dating for a few weeks flirted with and kissed another girl in the club. Still, Millie was devastated and her trust issues resurfaced, but with time, and a horrendous appeal through spoken word poetry (and the fact that there are no other options for Millie in the villa) the two have gradually worked their way up from the dog house, to sharing a bed, to exclusivity.

But the real meat of this week was instigated by one of the most provocative production twists of the series: “Mad Movies” night. We’ve been begging the producers for weeks to introduce either the tweets or headlines challenge to expose Jake’s Iago behaviour in Casa Amor, and our wish was granted beyond our expectations, with live footage of said behaviour. But the comeuppance was totally overshadowed by a clip that just felt unnecessary.

Titled “She’s Not All That,” a scene from the early stages of Jake and Liberty’s relationship, it showed Jake expressing doubts over Liberty because he didn’t find her that attractive. I can’t really see what the point of showing this was, beyond shattering Liberty’s self-esteem. Whilst she would no doubt one day have seen this scene anyway, she would’ve been granted the grace to process the knowledge in private. Watching her telling Jake that she knew she was “not exactly a supermodel” whilst he completely failed to console her made for genuinely heart-breaking scenes, too. It all just felt quite grubby to watch, to be honest. And most of us were left thinking that Liberty is deserving of so much more. Fitting, then, that Jake ended up in the bottom three in the public vote.

But more divisive still was the breakdown of Teddy and Faye’s relationship. The producers, seeing Faye clearly at her most vulnerable, riddled with doubt about her worth in her relationship, decided to roll tapes from Casa Amor which, in her eyes, contradicted the picture Teddy had painted.

What followed was nearly an entire episode of Faye shouting at Teddy, Dale, and others in the villa. It’s clear that the Love Island team is continuing a rely on the trope of “mad, irrational woman” to provide entertainment value (see: “Storm Anna” and “Hurricane Olivia”). It wasn’t pleasant or entertaining to watch.

There’s a lot of debate over whether Faye’s grievance at the tape was legitimate. Clearly, Teddy didn’t deserve to be left feeling as small as he did. However, something else that concerned viewers was the fact that Faye was left to work herself into a frenzy without any visible intervention from producers or mental health teams. This led to a second (highly justified) round of escalating Ofcom complaints and a response from ITV that re-iterated their commitment to care without offering any further details.

Ultimately, the most worrying aspect is that airing Faye’s reaction in such a way leaves the audience to draw definitive conclusions about her behaviour and character based on curated footage. And a contestant being left to deal with that gap between their own perception of events versus how viewers on the outside now see them has grave implications for wellbeing and safety, which ITV would do well to consider.

More like this
Is Winter 'Love Island' Flying Too Close To The Sun?
By Jason Okundaye
The ‘Love Island’ 2023 Cast Is Messy AF
By Jason Okundaye
'Love Island' Has Added Yet Another Bombshell To The Villa
By Bustle UK
'Love Island’s Kai Fagan Is Very Clear About What He Doesn’t Like
By Sam Ramsden and Darshita Goyal
Get The Very Best Of Bustle/UK
Sign up for Bustle UK's twice-weekly newsletter, featuring the latest must-watch TV, moving personal stories, and expert advice on the hottest viral buys.