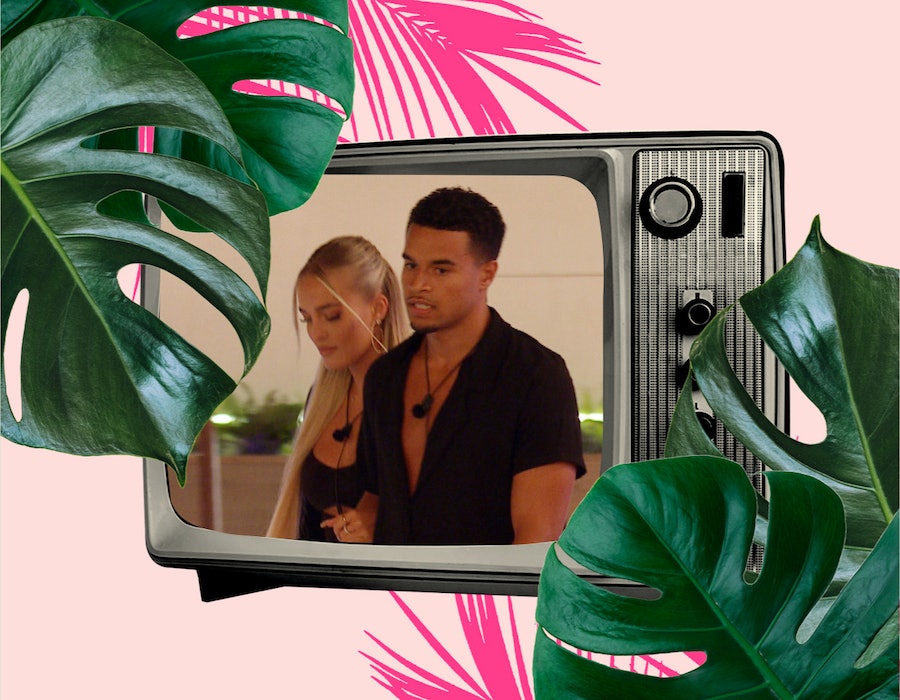 Let’s just set the record straight: Casa Amor 2021 was the greatest of all time. Beating allegations of a “dead” season, the Love Island producers managed to construct a record number of surprising storylines. Sure, there were divisive moments and a likely influx of Ofcom complaints, but I for one have never been more hooked and genuinely shocked by the twists and turns. So let’s get into it.

First off, I have to accept that pretty much all of my Casa Amor predictions were completely wrong. I’m not particularly bothered by that. Television is made even greater by outcomes you’re not expecting. See my most deeply held belief that the narrative arc of Jake and Liberty was building up to be the peak Casa Amor casualty, following in the Georgia/Amber/Shaughna storylines of series past. Tension built when Jake asked Liberty to be his girlfriend in the days leading up to Casa Amor, but the teaser video of bombshell Lillie showed off her “little white toes” and described Jake as “exactly her type,” leaving us emotionally primed for Liberty’s eventual heartbreak. Except it didn’t happen. Jake steered clear of the Casa Amor women, and returned triumphantly to the main villa and his girlfriend. So why didn’t this reunion have the emotional clarity and resonance that previous post-Casa reunions? Recall, if you will, Jack and Dani, Molly-Mae and Tommy, Siannise and Luke T.

Despite not straying from his marital bed, Jake’s conduct in Casa Amor was perhaps some of the slimiest I’ve witnessed in all my years of watching Love Island. Less a lothario and more a Shakespearian Iago, Jake gleefully cultivated the idea of Casa Amor as a “lad’s holiday” where, so long as you haven’t cemented your relationship as official boyfriend and girlfriend, anything goes. He disregarded even the situation of his girlfriend’s best friend in the villa, egging the boys on to follow wherever the heat of their loins led. All the while the girls in the original villa wait around, moping by the pool.

Less a lothario and more a Shakespearian Iago, Jake gleefully cultivated the idea of Casa Amor as a “lad’s holiday”

It was uncomfortable viewing also because Jake barely spoke about Liberty and failed to display any genuine sort of longing for her. His focus seemed entirely on enabling the other boy’s actions. Of course, they are each responsible for their own conduct and betrayals, but like a best man who encourages a groom to cheat on his stag night – “one last hurrah” etc – he should surely share in the bride’s eventual reaction. And so I’m literally on my hands and knees begging the producers to wheel up the tweets and/or headlines challenge, so Liberty can learn some home truths about Jake’s character.

The lack of accountability from the men on this show remains a running – and disappointing – theme, too. While Jake absolutely needs to be exposed for his enabling of the other contestants, Liam and Tyler especially looked for any excuse for their deceit, rather than throwing their hands up and apologising. Their constant need to justify themselves and play down their betrayals is nothing short of exhausting. Particularly because their behaviour seems to have nothing to do with faults they discovered in their partners or a sense there was something “missing,” so instead they panic and play the blame game.

One man who didn’t do this, however, was Teddy, despite the producer’s attempts at framing him as a big time cheat at Casa Amor. Cue the immediate indignation of Faye, who brought out a freakum bikini and cracked on with new boy Sam in a matter of hours. I was definitely one of those who was incredibly frustrated at the Casa postcard, and I’m still waiting for Ofcom to release the complaints figures, but Teddy was by far, the most pure man in the Love Island villa. Unseen Bits even showed him having conversations with Faye’s stuffed animal whilst the lads pulled girls for chats. His return from Casa Amor, alone, with said toy behind his back, was without a doubt one of the most heartbreaking moments of all.

But whilst we might feel deceived by the producers here, I have to confess that it has allowed the real time exploration of one of the most interesting – and realistic – relationship dynamics that Love Island has ever seen. A huge question that torments those of us who are the dramatic main characters of our romantic conquests is: how do you walk back from an overreaction? Faye realising she’d f*cked it by racing to conclusions only to break down in Teddy’s arms a few hours later was a sight to behold. This is a true love story: one with the ups and downs, insecurities, and baggage of a modern romance. I’ve been consistently voting for Faye and Teddy the entire series because of the complexity and deepness of their bond, and I’m hoping they make it all the way.

A huge question that torments those of us who are the dramatic main characters of our romantic conquests is: how do you walk back from an overreaction?

But let’s return to the “lad’s holiday” concept and the most triggering triangle: Liam, Lillie, and Millie, who played out our biggest situationship fears in full. I have to say, I didn’t foresee Liam’s head turning to this extent. Up until Casa Amor, Liam and Millie had all the perfections of a stable couple without even the smallest of squabbles. There was no reason to think either of them would be anything but loyal. But this thesis is based on the assumption of a joint understanding of what “loyal” is. And here’s why the ambiguously defined Love Island “couple” dynamic is so fascinating: in its unofficial stages the unwritten rules state that straying from your couple is not “cheating”, it’s simply following the conventions of the show. “Keeping your options open” is a fairly guilt-free exercise. Especially if it means you realise you’re actually more into the person you’ve been seeing. You can easily look past – or even keep secret, if in the outside world – this sort of behaviour without too much guilt. But does this really fly for Love Island, where you share a bed, are intimate 24 hours a day, and your relationship is not only laid bare in the immediate company of others, but to the nation?

Part of the challenge of Casa Amor is the built-in imbalance. The “lad’s holiday” excuse seems poor, but these men are shipped off to an environment which is by name a house of love, with the expectation of entertaining new contestants; emotionally and physically removed from the original conditions of their couplings. Contrastingly – as has been the case in now three out of the latest four series – the girls remain in the main villa, in the same environment and spaces where they’ve made memories with their spouses, effectively politely entertaining guests in their own home.

And so, whilst Liam is currently public enemy number one – and rightly so – I do genuinely believe that in his mind he felt he was doing nothing wrong. I correctly predicted that despite his flirtations with Lillie he would return to the villa alone, and that he feels he only dipped his toe to secure confirmation that he is “right” to keep pursuing Millie. But those unspoken boundaries and rules of the ambiguous “coupling” period, combined with the vast difference in the experience of waiting at home vs. being shipped off on a lad’s retreat, mean that Liam and Millie’s experiences and understanding of what happened are, by design, irreconcilable. I’m hoping that they don’t get back together, to be honest. Liam will without doubt attempt to run Millie down until she exhausts herself to the point of giving in, but she certainly deserves better. And if a likeable bombshell enters the villa to sweep her off her feet and make her forget about Liam, she’s a firm contender for the grand prize.

Which brings me onto the only man to seemingly entertain the idea of accountability and growth: Toby. Or as I’m calling him now, King Tobias. Look, you actually cannot hate Toby. Trust me, I tried. But the man simply doesn’t know whether he’s coming or going. Of all the men who strayed, he seemed the most genuinely remorseful and I genuinely believe that his movements between different women aren’t motivated by malice or disregard, but absolute confusion. I’ve had to concede that Toby simply sees the world in a completely different way from the rest of us. He’s perhaps one of the only boys to sit down and accept that his behaviour is an issue and needs a resolution. And he’s outrageously funny without even trying to be.In the midst of the tensions, home truths, and questions of the future plaguing the islanders, Iain Stirling’s narration on Toby’s imagined thought process: “when are they bringing some new girls in here?” made me burst out laughing.

What’s made this such brilliant television is that unlike serial womanisers of series past, all of the women that Toby has strayed from remain in the villa. When Adam had the Kendall/Rosie/Zara situation, or Danny faced the Yewande and Arabella triangle, the paramours were dumped from the villa, along with any potential conflict or hopes of reunions. Usually the post-Casa episodes are when the show starts to slow down or the characters begin to irritate you beyond belief, but I genuinely think I’m more excited about where the Toby plot could take us than I was about Casa Amor. This is truly Toby’s Island, everyone is just living in it.