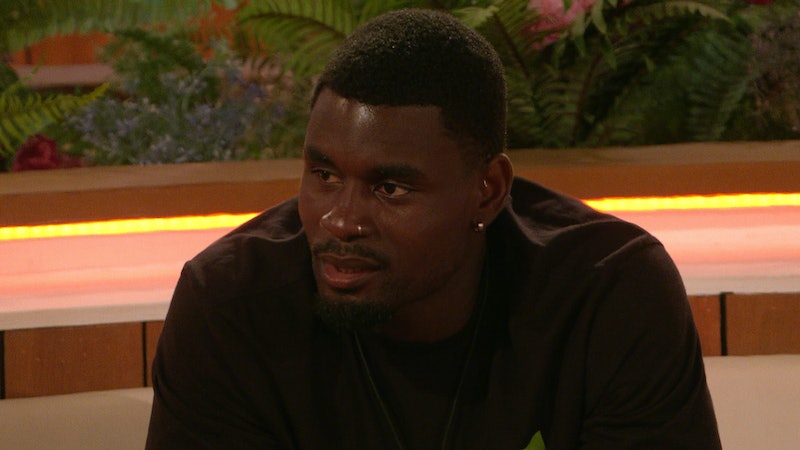 Sunday nights are always full-on drama on Love Island, but the boys chose chaos on July 4. Heads were turned when six new girls entered the villa, and by the end of the night Dami, Andrew, and Davide were cracking on and locking lips with the new arrivals as if their girls in Casa Amor didn’t exist. Jacques wasn’t any better, confidently schmoozing as though Paige didn’t exist. The only loyalty could be found with Luca, whose refusal to get to know any of the girls resulted in a heated exchange with Dami, who accused Bish of being fake for “egging” the boys to kiss other girls.

Whether Dami is right or wrong is for fans to decide, but many noted how the argument came once he admitted to kissing Summer Botwe on the terrace. Maybe there was some regret there on Dami’s part? There was certainly no guilt bothering Paige after his smooch with Coco – again, on the terrace. Over the course of a day, Tasha has become a thing of the past for Andrew, after the girls (and boys) repeatedly told him he was being “mugged off”.

There’s a chance Andrew will be mugged off again by Coco, who also had a kiss with Davide before moving on to the real estate agent. Davide moved from Coco to Mollie pretty quickly, with the two sharing a bed (and smooching) by the end of the episode.

All the while, Ekin-Su was staying loyal for her “Italian dream man” in Casa Amor. The ladies are taking their time to get to know the new boys over in the second villa, but a preview for tonight’s episode (July 5) teased a kiss between Tasha and Billy so it seems the ultimate test of Casa Amor is starting to take hold amongst the girls.

While fans wait to see where the drama will lead this week, below are just a few of the best reactions to the drama as it unfolded on screen.