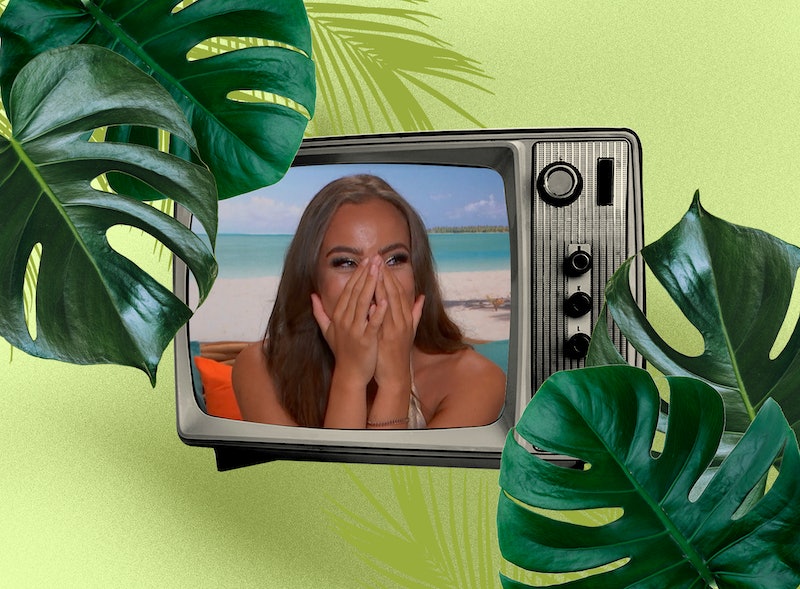 And just like that, we’re back at Casa Amor. Some of the Love Island boys – Luca and Andrew in particular – were starting to get a little too comfortable for my liking. And in a major twist, it is the girls who are going away; the first time in three years. Time to “test” those bonds, as Jacques keeps saying. But whose head will turn and who will stay loyal? Here are my Casa Amor predictions…

First though, how disturbing was the reaction from the lads? You’d think Christmas came early. Most devastating of all? Dami’s reaction. My love and adoration for Damiyah has grown stronger by the episode – the way they touch each other's hands! – which perhaps is why Sunday night’s episode was so disappointing. (Yes, disappointing.) There are comparisons with Jake Cornish from last series doing the rounds and I have to say, I see it too. Not least because of the way Dami was encouraging the boys, Luca especially, to explore their options with the new girls.

The sneak peek at that potential kiss with Summer at the end of Sunday’s episode all but broke my heart. Maybe Amber was right all along: Dami sells dreams. On After Sun she claimed they snogged in bed just before she left the villa and told her they were solid. And Indiyah has spoken about how their connection “feels too good to be true,” too. Maybe she’s onto something? I’m hoping he will pull away from the kiss (let’s be honest, it was Summer that went in for that kiss) and he’ll stay loyal to Indiyah. Let’s not forget he did send her his ring, even if she didn’t find it in her suitcase…

Casa Amor has a reputation for being brutal, but the new girls serving up Andrew a huge dose of reality was another level. Necessary, don’t get me wrong, but savage. The Casa girls entered with a huge amount of vim (maybe a bit too much?) and they are laying it on thick. But they did a great service by alerting Andrew about how he is being walked all over. Set that boy free! Tasha has proven to be the queen of self sabotage, and I recognise that in her, but it really isn’t fair that she projects everything onto Andrew. We’ve seen he kisses Coco, too, so maybe he’s finally realised he needs to make a change? Personally think Tasha will be swayed, for sure.

Ekin-Su and Davide’s rekindling was a joy to behold. I mean, how cute was their date? It was giving honeymoon in Lake Como. They are quite obviously smitten, even if Davide’s pride is getting in his way a little. She may be feeding everyone the same line in Casa Amor, but I don’t see her head turning. If she comes back to the villa and Davide hasn’t recoupled, I fully expect her to drop the L-bomb then and there. She just loves love, doesn’t she? The question remains: how long will Davide punish her for? His comments about her being “expired food” will no doubt have prime billing on “movie night” if that challenge returns… All eyes on Davide and Mollie.

Danica and Jay are the most obvious ones to 100% recouple. Jay has made it abundantly clear that he is not interested in Danica (was he paying attention in the heart rate monitor challenge?) and I hope this is finally her moment to find a genuine connection. (And just in time, too: she was in serious danger of turning into this year's Hugo Hammond.) Would like to see Danica and Josh together, and fancy Jay and Chyna.

Jacques and Paige were looking strong before the Casa shake-up – though how she doesn’t see the red flags is beyond me. “How many times have you been cheated on?... I knew you had…” Come. On! It isn’t cute. Here’s hoping Paige wakes up and is charmed by Billy, who she quite clearly already has a budding connection with (even if he can’t make breakfast.) Jacques will definitely get his flirt on – mostly likely with Jazmine or Coco, going by his type – but I don’t think he will give up his hold over Paige that easily.

As for Luca and Gemma, again, no surprises here. They are solid. She may put on a brave face, but I think she likes Luca a lot more than she lets on. Yes, there was that argument they had about her head potentially being turned, but I don’t think any of the new boys are ticking her boxes. Plus, Afia told Heat’s Under the Duvet that Gemma is “obsessed with Luca”, Ikenna said on his Instagram stories that they are “equally” into one another, and Indiyah referred to her as s “simp” when Gemma rushed over to Luca in the midst of a girly catch up, so there’s that. The postcard could be a potential plot twist if Luca sees she’s sharing a bed, but I don’t see Ronan Keating and Michael Owen coming into the villa together for the parents’ visit episode, sorry Jack.

I do think it is a shame Deji won’t enter the main villa (he has fantastic energy) but I think we can expect to see a lot more of Coco, Mollie, and Summer. Here’s to a week of (watching) hard grafting. Let the chaos commence.