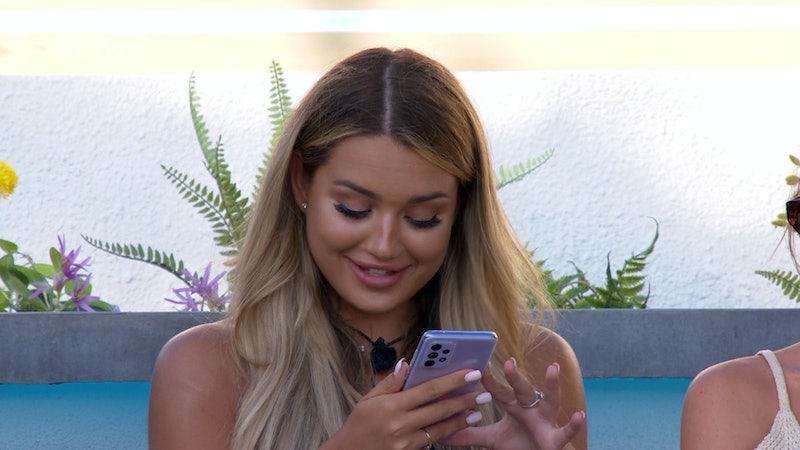 When it comes to cult TV shows that get everyone talking, few top the bill in the same way as Netflix’s Stranger Things and ITV’s Love Island. Sure, they’re the opposite ends of the entertainment spectrum (one is a fictional story that centres around a groups of young friends witnessing supernatural forces and one is a reality TV show that centres around a fire pit) but both bring the nation together in their own special way.

But now there’s another thing that links Stranger Things and Love Island. This week, 2021 islander Lucinda Strafford revealed that a Stranger Things star has slid into her DMs after her exit from the villa. Speaking to radio host Roman Kemp on his Capital Breakfast show, the 21-year-old Brighton native revealed the Netflix star is a big fan of hers.

After confirming that Lucinda and fellow contestant Aaron Francis had gone their separate ways, host Kemp turned the conversation to the islander’s inbox, asking if anyone famous had messaged her since she had been home.

“An actor from Stranger Things, I’m trying to think what his name is…” she revealed before fellow islander and co-interviewee Brad McClelland helped her along. “The kid that gets taken in Stranger Things,” he chimed in. So, none other than the Will Byers?

In another interview with On Demand Entertainment, Lucinda answered a set of rapid fire questions and also confirmed the news. When reporter Jodie McCallum asked her the same question (if any famous celebrities had slid into her DMs), this time, Lucinda was quick to reveal the details, confirming the DMs in fact came from Stranger Things actor Noah Schnapp. “Yeah! A guy from Stranger Things – Noah Schnapp – and he messaged me being like 'Oh my God, I love you so much. You killed it. I love you.’”

It's unclear whether the DMs were innocent appreciative messages from a fan – after all, Schapp has previously made it clear he’s a fan of the show, revealing he watches Love Island with his co-star Millie Bobby Brown – or whether there was some flirting going on. Either way, this is the TV crossover we didn’t know we needed. Even though filming is nearly finished, is it wrong to hope for a Lucinda cameo in Stranger Things season 4?

More like this
'Love Island' Has Added Yet Another Bombshell To The Villa
By Bustle UK
This Pre-'Love Island' Video Of Olivia & Zara Together Changes Everything
By Bustle UK
Molly-Mae & Tommy Fury Revealed Their Baby Girl's "Really Unusual" Name
By Sophie McEvoy and Sam Ramsden
'Love Island' May Have Just Lost Its Main Character
By Jason Okundaye
Get The Very Best Of Bustle/UK
Sign up for Bustle UK's twice-weekly newsletter, featuring the latest must-watch TV, moving personal stories, and expert advice on the hottest viral buys.