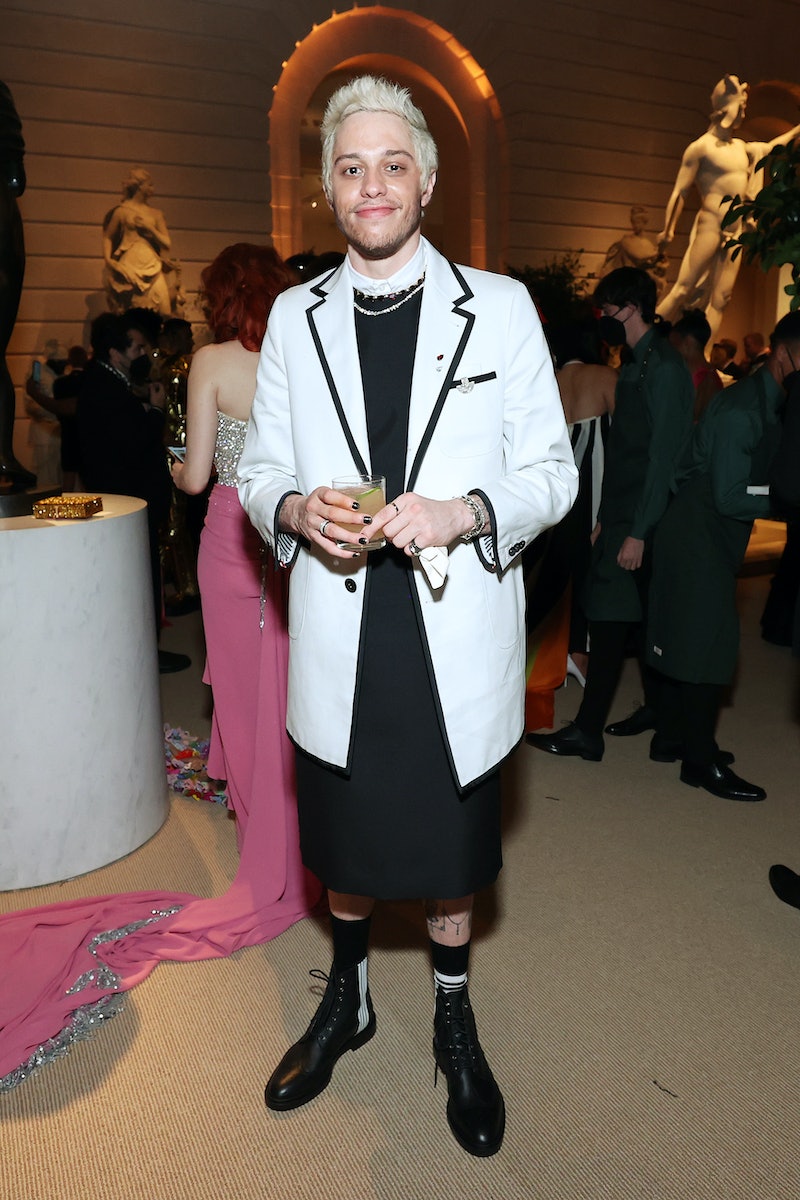 When Pete Davidson and Machine Gun Kelly get together, you know they’re up to no good. On Dec. 6, the BFFs took over Calvin Klein’s Instagram page and stripped down to their underwear on Instagram Live as they pretended to pose for a spicy photoshoot. No one is sure why this happened, but it sure was something to behold.

In videos from the livestream that have since gone viral on social media, Davidson and MGK took turns posing on a white couch, with the Saturday Night Live star keeping his pants down to his ankles. “I was gonna go for one of these,” he joked, according to People. “Be very casual about it.” Quickly, the duo’s conversation turned to their, ahem, appendages. “Nice stuff, by the way,” Davidson said, complimenting his friend. “I get it now. Good for you, dog.”

The livestream was seemingly part of Davidson’s takeover of Calvin Klein’s Instagram. Before he went live with MGK, Davidson changed the page’s profile picture to a portrait of himself, added “Pete here” to the bio, and shared a shielded selfie of him sporting the brand’s logo T-shirt. “I got Instagram,” he wrote. After the livestream ended, the duo posted a selfie on Calvin Klein’s main page and expressed how proud they were of what they accomplished — whatever it was. "Did we nail it or did we nail it," he captioned the post.

The reason Davidson took over Calvin Klein and brought his BFF with him (instead of his rumored girlfriend, Kim Kardashian) isn’t exactly clear yet. This may have been a hilarious teaser to announce Davidson and MGK as Calvin Klein’s next models, or perhaps it was their version of an audition to star in the brand’s next campaign. Either way, MGK already has some ideas for a proper CK photoshoot. “I would’ve put an extra two socks in there and blew the world’s mind,” he joked. Megan Fox, come get your man.