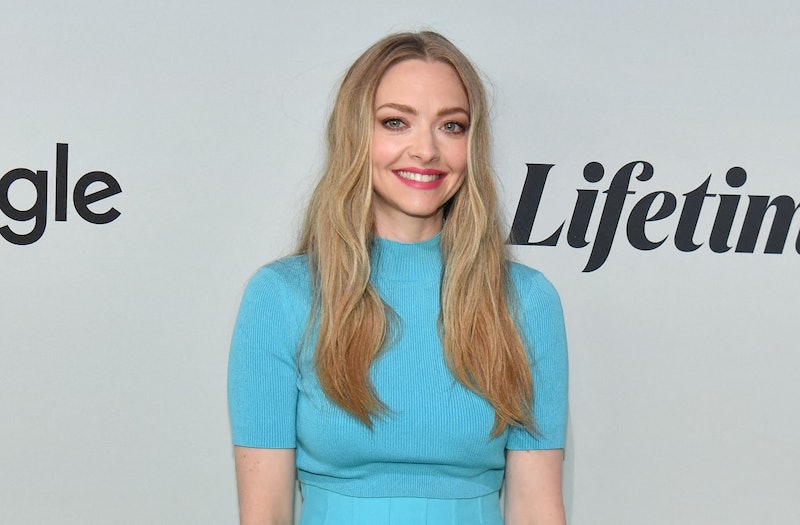 ABBA fans aren’t the only ones saying “Gimme! Gimme! Gimme!” when it comes to a potential third serving of Mamma Mia!. One of the film’s lead stars, Amanda Seyfried, has made it clear she is just as eager to see another sequel of the hit musical movie make its way to the big screen. Sadly, the 36-year-old actress confirmed there aren’t any concrete plans to make a third film despite years of pleading from fans. However, the door isn’t completely closed as far as the Mean Girls star is concerned.

"I hope we do another one, but you know, no one's talking to me," The Dropout star told Variety. "I know if you ask any of the others they'll be like, 'Sure, but it's not going to happen.' But then that's what we said about the second one, and it was better than the first one! It's just so fun, even though people were like, 'Oh, is Mamma Mia! 2 is going to be, like, The King Kong Song?'"

The Les Miserables actress also recalled having a great time reuniting with her co-stars in Mamma Mia! Here We Go Again, and insisted that her iconic on-screen grandmother Cher would be “all over the third one.”

Based on the ABBA music-filled stage musical, 2008’s Mamma Mia! follows a bride-to-be Sophie (Seyfried), who secretly invites three men formerly connected to her mother Donna (Meryl Streep) to the Greek islands, in the hopes of uncovering her real father, so that he can escort her down the aisle on her big day. The film — which also stars Colin Firth, Pierce Brosnan, and Stellan Skarsgård — was followed by the 2018 sequel Mamma Mia! Here We Go Again, which introduced Lily James as a young Donna.

Back in June 2020, Judy Craymer — the brainchild of the Mamma Mia! musical and producer of the film adaptations — got fans' hopes up when she remarked that a third Mamma Mia! film could happen with brand new ABBA songs.

In an interview with The Daily Mail in June 2020, Craymer said she had initial plans to begin brainstorming for a third installment of the musical comedy film. However, lockdown-related disruptions had made the process all the more difficult.

“I was meant to have been getting on with that, in my head, during these months, but then I got hit with COVID fog,” Craymer said. “I think one day there will be another film, because there’s meant to be a trilogy, you see. I know Universal would like me to do it.”

Craymer added that she wanted to use four new ABBA songs written by members Benny Andersson and Björn Ulvaeus for a virtual concert with Agnetha Fältskog and Anni-Frid Lyngstad for the third film.

This article was originally published on June 21, 2020