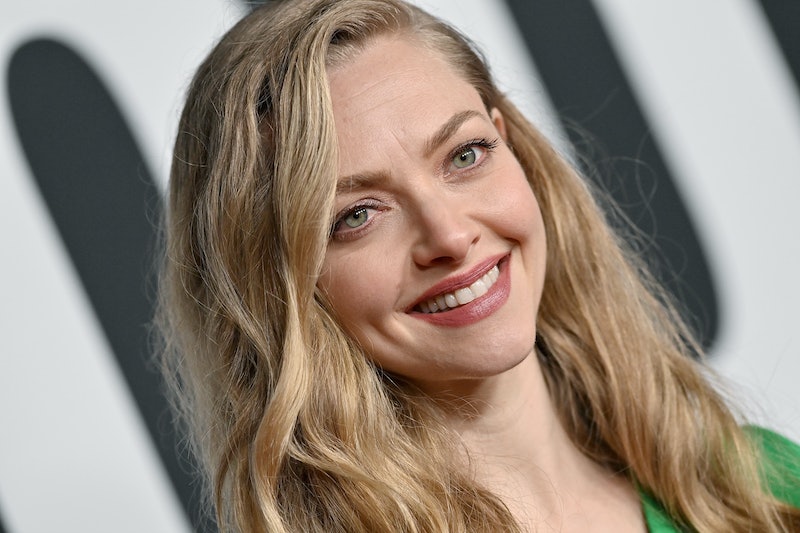 If you’ve lived a comfortable existence thus far, safe in the knowledge that you know exactly how to announce the name of Amanda Seyfried – star of Mamma Mia!, Jennifer’s Body, Mean Girls, and more – prepare to have the sense of calm you took for granted completely shattered in an instant. Take a deep breath. Despite the way it’s written, Seyfried’s surname might not be pronounced how you think, and the actor has been trying to politely correct people for at least the last decade.

As online language tutoring service Preply has pointed out, Amanda Seyfried did her best to set the record straight all the way back in 2012. On press duties for her 2012 thriller Gone, she was asked to recount the most ridiculous name pronunciations she’s ever heard. “‘Sea-fried’ or ‘Sig-freed’” she told Hollywood’ interviewer, before noting that at least everybody on that day’s round of interviews has nailed it. So far, so good, right? Wrong. Next up, Seyfried clears up how her surname should be pronounced, and it might surprise you.

To quite dramatically paraphrase Hermione Granger, it’s not ‘Say-fred’ it’s ‘SIGH-fred’. And complicating matters even further, Seyfried’s own sister pronounces the surname differently, putting more emphasis on the second syllable and dragging out the vowel (Sigh-freed).

One Hollywood icon is on the ball, at least. Last year the actor thanked Brad Pitt for saying her name correctly as he read out the nominees for Best Supporting Actress at the 2021 Oscars. “However Brad says it is the right way,” joked the actor’s stylist Elizabeth Stewart underneath the star’s Instagram post. “Correct pronunciation of “Seyfried” by Brad Pitt,” the actor wrote. “Thank you.”

Maybe there’s something in the air when it comes to former stars of Seyfried’s breakthrough film Mean Girls – after all, this bombshell comes after everybody discovered that they’d been saying Lindsey Lohan’s name wrong earlier in 2022. Mind blown.