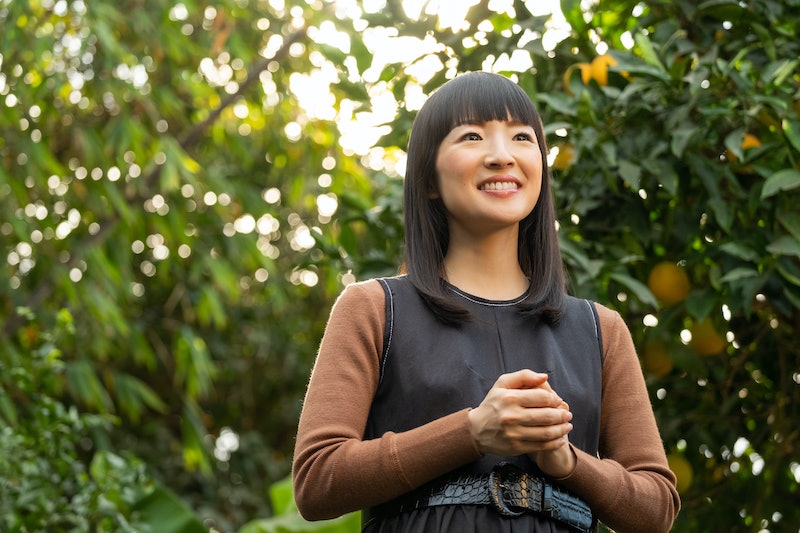 Living an organized life is something everyone dreams of. Having a clean house, knowing where everything is, and avoiding clutter at all costs seem ideal, but it is notoriously difficult to achieve this picture-perfect home life. Throughout the years, many personalities have emerged with books and shows attempting to educate the masses on the best ways to accomplish this, but few have reached the heights that organization consultant and author Marie Kondo has.

Kondo has her own set of rules regarding tidying up called the KonMari method, which involves getting rid of things that don’t spark joy. This simple way of thinking has made her a superstar — and a very rich woman — especially in the past two years with Netflix’s 2019 hit show Tidying Up and its follow-up series Sparking Joy, which just premiered on Aug. 31.

Let’s look at how 36-year-old Kondo has made all of her millions.

What Is Marie Kondo’s Net Worth?

Following the release Tidying Up on Netflix, Kondo’s net worth grew noticeably, as she was paid well for the show, and the newfound awareness of her method and her name led to an uptick in sales of her books and various other products. While she was well-off before she partnered with the streaming giant, the program really helped line her pockets in many ways. Kondo’s net worth is currently estimated at $8 million, according to Celebrity Net Worth. That sum is sure to climb again as more people discover, or rediscover, her and her incredible work via Sparking Joy.

5 Ways Marie Kondo Has Made Millions

Kondo got her start in the world of organizing, at least professionally, when she was just 19. At the time, she worked at a staffing agency, and her organization consultancy was a side hustle, one that turned out to be quite lucrative years later, though it did take a while for her to make some real money doing what she loved. She initially charged just a low price of $100 for five hours of work.

Eventually, she had to create a waiting list, as demand grew for her services. Her prices rose as well. These days, she doesn’t appear to be available to book, as she is probably too busy to work one-on-one with most individuals, even if they’re willing to pay handsomely for her expertise.

After her consulting business took off, Kondo decided to spread the good word as far as she could, and what better way to do so than by putting all her best tips into a book? Kondo became an author with her first book — The Life-Changing Magic of Tidying Up: The Japanese Art of Decluttering and Organizing — which was initially released in Japan in 2010. It was a fast success in her home country, and eventually it became a New York Times bestseller, moving at least 11 million copies in 100 countries after being translated into 40-plus different languages.

While she was already a worldwide success in the publishing world and an in-demand consultant, Kondo really became a celebrity and a household name following the release of Tidying Up with Marie Kondo on Netflix. The series debuted on January 2019, and it didn’t take long to become a global phenomenon. Netflix doesn’t release viewership numbers, and financials connected to the entertainment titan are very hard to come by, but the star was certainly paid well, as she was the focus, and the show was incredibly popular as evidenced by buzz from the public and critics.

Kondo was even nominated for an Emmy in the Outstanding Host for a Reality or Competition Program category, though she lost to RuPaul’s Drag Race host RuPaul Charles, who has won the category five times in a row from 2016 to 2020.

Following the success of Tidying Up, there was an incredible uptick in donations to charity shops in countries like the U.S. and the U.K., as millions of people watched the show and attempted to declutter their homes, just as Kondo had taught them.

READ NEXT: Marie Kondo Met Her Husband Waiting For An Elevator

Kondo’s first show was so popular in 2019, Netflix has come out with a follow-up series titled Sparking Joy in 2021. “Marie takes her life changing method a step further to help three deserving businesses organize their workplace along with an emotional tidy up of one employee's life whether it's in the home, work, personal life and/or relationships,” Netflix’s synopsis of the show reads. “Viewers will also step into Marie’s home to meet her family and get a glimpse into how she tidies up her daily life.” This means audiences will get to meet her husband, Takumi Kawahara, who is now the CEO of KonMari Media Inc., as well as her children.

After Tidying Up took off, Kondo continued to capitalize on her expanded celebrity by launching her online presence, named KonMari, after the method she employs to help the world get organized. She has an online store on her website, where she sells everything from organizational tools to wellness products to dishware and beyond. She caters to a wealthy clientele, as evidenced by her premium offerings that include a $195 bathrobe, an $86 candle, a $90 wicker basket, $26 hand soap, and even a single teacup that costs $45.

One of Kondo’s lesser-known moneymakers is her consultant certification courses, which anyone can sign up for to not just learn how the legend does what she does, but also to earn a degree (of sorts) in her way of thinking, which then allows them to go out into the world and be consultants in the same field. While the classes are open for all to attend, they are quite costly. Signing up for one event comes with a price tag of a whopping $2,250, and there could be quite a few students in each showing. In addition to the initial cost, those who finish the program must pay $500 per year in order to hold on to their certificate. That may seem trivial, but it appears to come with the benefit of being searchable on Kondo’s website, which features a list of available consultants in many cities around the world.

Who says helping others doesn’t pay off?

READ NEXT: Marie Kondo Clears The Energy In Her Home Every Day

More like this
Where Is Former Bachelor Host Chris Harrison Now & What Is His Net Worth?
By Hugh McIntyre
Shaina Explains Why Natalie’s 'Love Is Blind' Text Claims About Shayne Have “No Validity”
By Grace Wehniainen
Brittany Snow & Tyler Stanaland Are Separating After 'Selling The OC'
By Grace Wehniainen and Radhika Menon
Here’s Everything Coming To & Leaving Netflix In October
By Jake Viswanath
Get Even More From Bustle — Sign Up For The Newsletter