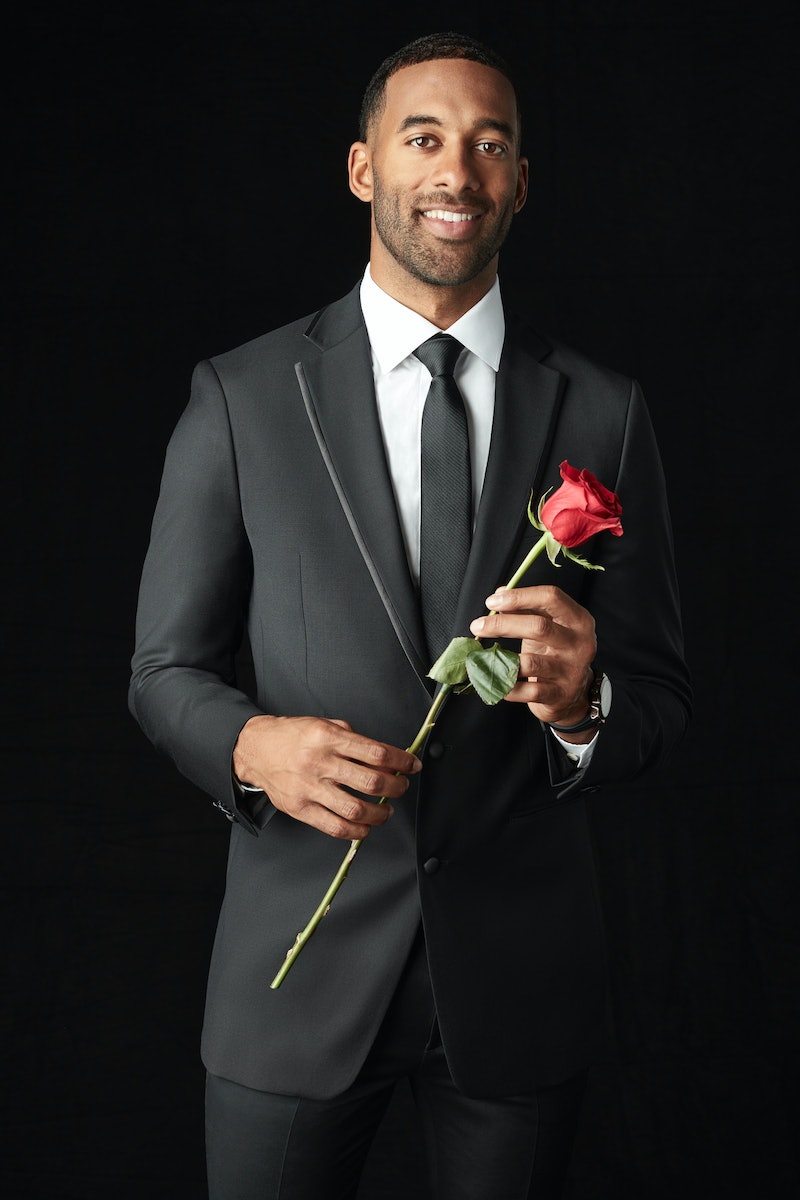 A Bachelor's journey to find love isn't complete without a little heartbreak. Case in point: Matt James broke down crying in the latest preview for his season of The Bachelor, which was released by Entertainment Tonight on December 9. "Love for me is about the heart, and the way that I view life, everything is a blessing," the ABC Food Tours founder says in the clip before arriving to meet the women competing for his heart.

Fortunately, it seems that Matt may have found some kind of love. As shots of him on romantic dates flash across the screen, he tells one woman that she has "the qualities that I'm looking for in my wife." However, it's not all steamy hot tub dates and shirtless shower scenes. At one point, Matt is seen crying in an interview after sending someone away in an SUV. (Even the most historic seasons of The Bachelor need their fair share of drama, after all.)

Matt's contestants aren't immune to heartbreak either. "All of my worst insecurities are coming out," one contestant says through tears. "I just have to hope that it's worth it." Still, despite all of the drama and heartbreak, host Chris Harrison has said that everything on Matt's season is going smoothly — especially compared to the season of The Bachelorette he was originally supposed to appear on.

"It's the blue print and the formula we used to shoot Clare's season, and is working out perfectly," Harrison told ET in November. "I can tell you it's working, it's successful and — knock on wood — it'll continue to be successful." ABC Entertainment's Rob Mills echoed those sentiments in an interview with Variety around the same time, explaining that producers were faced with a fun casting challenge since Matt wasn't featured in any previous seasons. "It was really fun to watch him interact with everyone," Mills continued. "And the women were so fantastic. It couldn't have gone better."

However, it seems that the trickiest part of Matt's season — other than the fact that he and his contestants had to film the entire thing in one location due to the coronavirus pandemic — has been helping him adjust to the Bachelor process. "[Matt] got really a crash course because he didn't get the few steps of being on the show," Harrison told Us Weekly in late November.

"He never came up to the mansion before, he never went to a rose ceremony — he doesn't even know how to get a rose or give a rose," the host said. "We really had to walk him through and teach him; it was Bachelor 101. And it was trial by fire." As daunting as the experience may have been for Matt, Harrison teased that it will make for an excellent season of The Bachelor.

"He really just ripped the Band-Aid off and sometimes that hurts a little bit," the host explained. "I think he had a bit of a rude awakening of the man he is, the way he loves, [and] what love means to him." Fans will have to wait until Matt's season premieres on Jan. 4 to find out if he does, in fact, find the love he's been looking for.