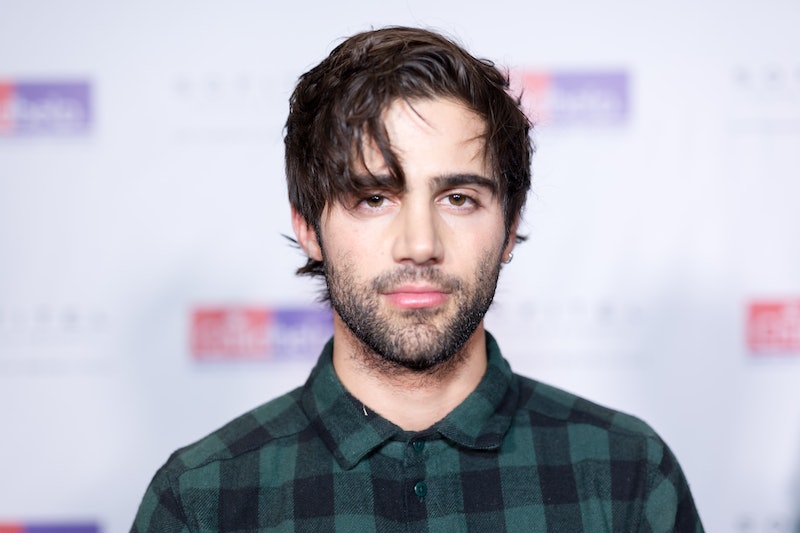 Max Ehrich is still attempting to set the record straight about his highly publicized breakup. In a series of since-deleted Instagram Story posts, Max Ehrich said he and Demi Lovato hadn't "officially ended" their engagement when reports of their breakup first made the news, according to Entertainment Tonight. However, on Monday morning, he shared a new relationship update, saying that they had "finally" closed the chapter of their relationship. Bustle has reached out to Ehrich for comment, but did not receive an immediate response.

On Sep. 24, news broke that the couple — who began dating in March — had decided to end their engagement after two months; while Lovato hasn't publicly commented on the split, Ehrich shared his side of the story on social media, claiming he found out they were over from the tabloids. Per ET, on Sep. 28, Ehrich began a series of posts on his Instagram Story by asking that people "please stop trying to 'Thank you, next' me," a reference to Ariana Grande and Pete Davidson's short-lived engagement, "for I'm just a human being who has to go to work tomorrow AM where there are families with kids relying on me."

The actor then reportedly wrote in another post that he and Lovato had not spoken to one another about the split, days after outlets began reporting the end of their engagement — and that they haven't even formally broken up. "To this moment... we haven't spoken over the phone... we haven't even officially ended anything to each other, literally," Ehrich wrote. "I'm here in real time with y'all." He then added, "I love Demetria and just want her to be healthy and safe."

Ehrich — who is currently filming Southern Gospel on location in Atlanta, Georgia — then posted a cryptic message that appeared to be directed at Lovato. "If you're reading this... I love you always... unconditionally... no matter what," he wrote, along with a heart and prayer-hands emoji. From there, the actor also posted a series of posts praising Lovato and her musical talents, writing that he has "respected and loved Demetria since I was 15," when he first saw her in concert with a friend.

"Demetria is THEE best female vocalist alive. And everyone should know it," Ehrich wrote, seemingly as a way of addressing reports that fans had uncovered tweets he allegedly wrote between 2010 and 2015 negatively comparing Lovato to Selena Gomez. "She inspires me every day and is an INCREDIBLE human being. I know it's not her writing these stories, it's a machine. I love her unconditionally." He concluded his posts by telling Lovato directly, "I love you always and forever."

Later on Monday, however, he seemed to have finally gotten closure. Ehrich wrote on his Instagram Story that "one chapter finally closed this [morning]," and that he was ready to "turn the page," so it seems like he and Lovato may have officially moved on. (Both he and and the singer also appear to have deleted all of their photos of one another from their respective Instagram accounts.)

This is not the first time that the actor has written about his split from Lovato on his Instagram Story; on Sep. 26, Ehrich claimed that he learned about the breakup from "a tabloid" rather than from his ex. "I was on the set of my new movie, Southern Gospel, with crew and cast members right next to me who literally watched me open my phone where I then opened a tabloid," he wrote in a follow-up Instagram Story, per E! News. "This is the God's honest truth of how I found out about the ending of the engagement."

While Lovato has not publicly commented on the split, a source close to the couple told People when the news broke that they decided to end their engagement in order to focus on their respective careers. "They have respect and love for one another and will always cherish the time they spent together," the source added at the time.