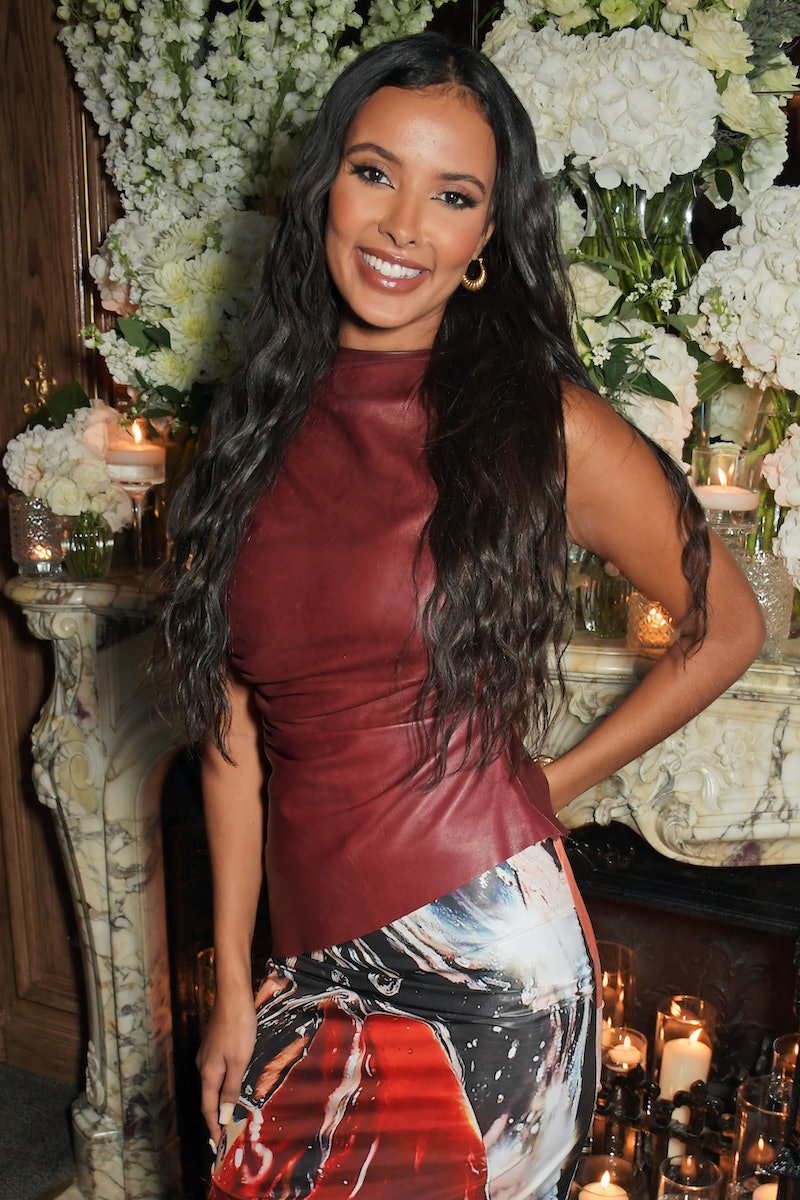 In May 2021, reports emerged that presenter Maya Jama and NBA star Ben Simmons were an item. A couple of months later, in July, their relationship was officially confirmed when the pair were photographed kissing and cuddling at Wimbledon. In Jan. 2022, rumours of an engagement began to circulate after the Glow Up star was spotted wearing a huge diamond ring. But, are Maya Jama and Ben Simmons engaged?

After months of engagement rumours, it was reported in Aug. 2022 that Jama and Simmons have gone their separate ways. Speaking to the New York Post, a source claimed that the couple’s decision to split was “one of the hardest decisions of their lives.”

“While they both care for each other so much, they truly gave it their all and realise that they just come from two different worlds,” the insider commented, adding that the pair “now understand they don’t have the time they thought to dedicate to this relationship.”

Despite their reported break-up, the source also claimed that Jama and Simmons still have “a lot of love between them” and plan to stay in each other’s lives.

Following reports of their split, Jama was spotted without her engagement ring, per the Daily Mail, attending an event at London's Claridge's Hotel on Sept. 5 — and the diamond ring she had been wearing for the previous eight months was notably absent from her finger.

Prior to her relationship with the professional basketball player, Jama had dated rapper Stormzy for four years before they parted ways in 2019. Simmons, who is originally from Australia, had been linked to supermodel Kendall Jenner in 2019.

Bustle has reached out to Jama and Simmons’ representatives for comment.

More like this
4 Surprising Celeb Throuples That Got The Internet Talking
By Sophie McEvoy
Maya Jama’s Net Worth Definitely Won’t Give You The Ick
By Sophie McEvoy
Twitter Is Saying The Same Thing About Beyoncé's Renaissance World Tour
By Shahed Ezaydi
Michaela Coel Has Some *Thoughts* About The Nepo Baby Discourse
By Maxine Harrison
Get The Very Best Of Bustle/UK
Sign up for Bustle UK's twice-weekly newsletter, featuring the latest must-watch TV, moving personal stories, and expert advice on the hottest viral buys.