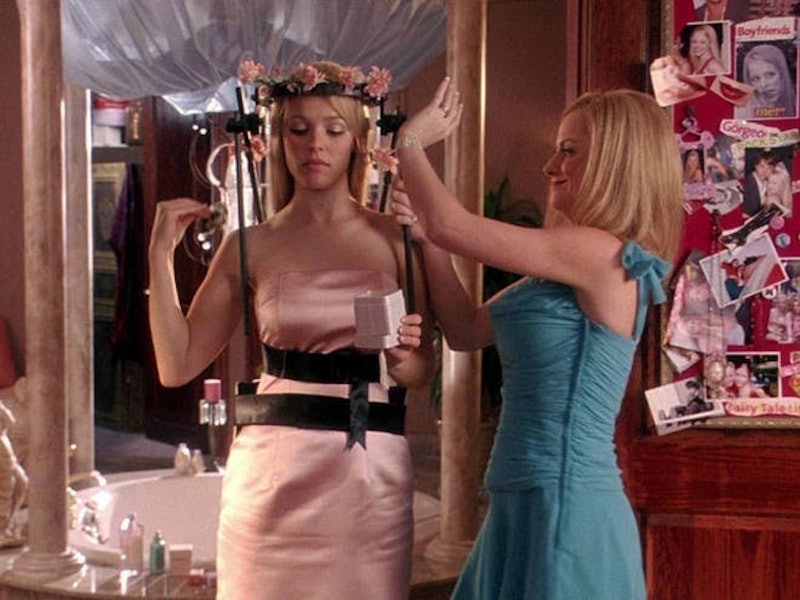 From the iconic Burn Book to the gang’s iconic rendition of “Jingle Bell Rock” early-noughties cult classic Mean Girls is the gift that just keeps on giving. Partly based on the self-help book Queen Bees And Wannabes, which charted the impact of bullying and high school cliques, the story follows naive homeschooler Cady Heron (Lindsey Lohan) as she’s thrown into life at North Shore High School. When the Plastics — a group of shallow teens led by Regina George (Rachel McAdams) — hone in on the new girl and befriend her, Cady secretly plots to topple their rule over the school.

One of the quotable film’s finest one-liners is courtesy of comedian and actor Amy Poehler. A close friend and collaborator of 30 Rock’s Tina Fey, who wrote the film, the Parks And Recreation actor played Regina George’s irresponsible mum June. Eager to impress her daughter’s friends, she ploys them with booze and condoms, memorably insisting: “I’m not a regular mom, I’m a cool mom!”

Poehler played the iconic role to absolute perfection, but nineteen years after the film’s release, fans continue to express shock when they discover that she was only 33 at the time of filming. There’s more to it, as in real life, there is only a seven year age gap between Poehler and McAdams, despite them playing mother and daughter in the film.

As you’ll see below, the discussion surrounding this IRL age gap has been raging for some time. We’ve rounded up our top social media posts reacting to the startling information.

More like this
Paul Mescal’s Family Celebrated His Oscar Nomination In The Sweetest Way
By El Hunt
What Really Happened Between Lea Michele & Sadie Sink On 'The Tonight Show'
By El Hunt
Adam Lambert Called Out The George Michael Biopic Over Potential Casting
By Sam Ramsden
New Details About Jeremy Renner's Snowplow Accident Reveal The Actor's Intentions
By Sam Ramsden
Get The Very Best Of Bustle/UK
Sign up for Bustle UK's twice-weekly newsletter, featuring the latest must-watch TV, moving personal stories, and expert advice on the hottest viral buys.