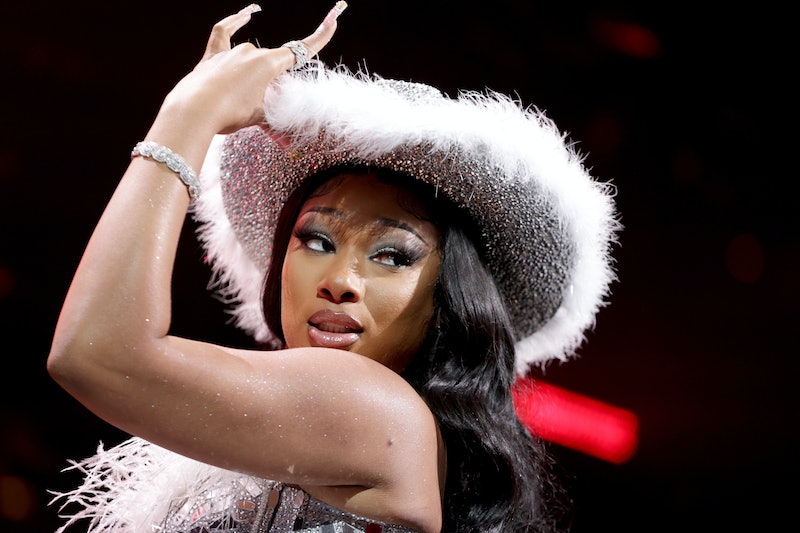 Hot Girl Meg is officially coming to Netflix. On Thursday, Dec. 16, the streaming service announced that they inked a first-look deal with rapper Megan Thee Stallion to “create and executive produce” a variety of content, including series and other projects, for the popular streaming platform.

“Megan is a multi-talented creative force who has consistently made her mark on culture,” Tracey Pakosta, head of comedy at Netflix, said in a statement obtained by Variety. “She’s always growing and evolving as an artist, and we’re thrilled that she’s making a home at Netflix for this next chapter in her journey.”

The 26-year-old musician seems equally as excited for the opportunity. “I’ve always had a passion for telling creative and entertaining stories, so I’m thrilled about this partnership with Netflix,” she said in a statement, per Variety. “Venturing into production is the next step in my journey as an entrepreneur and I can’t wait to bring all my ideas to life and for my Hotties to watch.”

This new deal with Netflix is just the latest addition to Megan’s long list of accomplishments. In March, the “WAP” rapper won three Grammy Awards in the Best New Artist, Best Rap Song, and Best Rap Performance categories. “I don’t want to cry,” the rapper said in her acceptance speech. “It’s been a hell of a year, but we made it.”

Megan also made history this past summer when she became the first female rapper to grace the cover of Sports Illustrated’s annual swimsuit issue. “REAL SPORTS ILLUSTRATED SWIMSUIT EDITION COVER MODEL SH*T!!!” the “Body” artist wrote on Instagram alongside the cover, which showed her stepping out of the ocean in a strappy beige bikini.

Elsewhere in the caption, Megan thanked the “strong women” in her life who taught her the importance of loving her body and living her “best hot girl life.” But even with the Sports Illustrated cover, the high-profile collaborations, and the multiple Grammy wins this year, it might be the rapper’s recent college diploma that means the most.

On Dec. 11. The “Body” artist graduated from Texas Southern University in Houston, Texas, and celebrated the milestone on social media. “Good morning hotties !!!” she tweeted. “It’s graduation dayyyy.” Later, she shared a link to the graduation livestream so that her fans from all over the world could watch her accept her diploma.

Last year, the rapper opened up to People about why it was so important to her to pursue a bachelor’s degree in health administration. “I want to get my degree because I really want my mom to be proud. … I want my big mama to be proud. She saw me going to school before she passed,” she told the magazine. The rapper’s mom died in 2019 after being diagnosed with a brain tumor.

In addition to her late mother, Megan told People that her degree was in honor of her late grandmother, the many strong women in her family, and of course, herself. “My grandmother that’s still alive used to be a teacher, so she’s on my butt about finishing school,” she said. “I’m doing it for me, but I’m also doing it for the women in my family who made me who I am today.”